The realm of early-aughts pop culture is the latest sourcing ground for nostalgic revivals, and the home industry is getting in on the wave with a redux of MTV Cribs—the classic reality show that peeks into celebrity homes. Stay in the know with our weekly roundup of headlines, launches and events, recommended reading, and more.

The New York Luxury Design Fair has been postponed to next year, with show management citing pandemic-related challenges in product backlogs, workforce shortages, travel bans and delayed lead times, which have caused many exhibitors to pause participation in all trade shows. “With this and all stakeholders’ best interests in mind, it was decided that the best course of action is to postpone the fair to ensure the most successful luxury lifestyle fair in 2022,” the press release states.

Following its acquisition of Knoll Inc. last month, Herman Miller has announced that the combined entity will move forward as the newly rebranded MillerKnoll. Both Herman Miller and Knoll will continue as distinct brands under the MillerKnoll umbrella, which has also put forth a new operating model—plans include growing existing contract and retail channels and driving growth and profitability through a scaled U.S. and international footprint.

Acelab, the digital marketplace connecting architects and building product manufacturers, has announced the completion of a $3.5 million seed funding round led by Pillar VC. The platform is designed to save architects time on product sourcing and specifying, while improving visibility for manufacturers of openings, curtain walls, facade systems and other building products. Currently, the startup is running a pilot program with architectural firms and manufacturers across the U.S., while preparing for a general availability launch.

The organizers behind the second annual Kips Bay Decorator Show House in Dallas have announced the cohort of designers and architects chosen to transform the home at 5138 Deloache Avenue in Old Preston Hollow’s Sunnybrook Estates neighborhood. Among the names on the 25-person list are Corey Damen Jenkins, Ken Fulk and Alexa Hampton.

The African American Cultural Heritage Action Fund, which is led by the National Trust for Historic Preservation, has announced a $3 million investment to preserve African American landmarks across the U.S., Architectural Record reports. As the largest single disbursement in the program’s history, the grant will fund 40 different locations in the process of capacity building, project planning, capital, programming and interpretation—transforming historic sites such as Save Harlem Now! in New York, the Black American West Museum & Heritage Center in Denver, and the National Negro Opera Company in Pittsburgh.

Facebook is breaking ground on a planned community near its headquarters in Menlo Park, California, according to Architectural Digest. Developed on a 59-acre site, Willow Village will house 1,729 apartments on-site, along with a 193-room hotel, restaurants, shops, public green spaces and a supermarket. Though the community won’t be exclusively for workers, it will include a 1.25-million-square-foot modernist office building—and several years ago, the company began offering financial incentives to employees who lived within 10 miles of its Silicon Valley headquarters.

Chicago-based startup Rise Gardens has completed a $9 million Series A funding round led by Telus Ventures, TechCrunch reports. The company provides hydroponic indoor gardening systems that allow everyday users to grow vegetables, herbs and microgreens from home with the aid of an app that monitors water levels and plant progress and sends alerts detailing the needs of each plant.

Formica has announced a series of new sustainability initiatives, among them a goal of achieving net carbon neutrality by 2030. As part of the commitment, the corporation has pledged to publish its environmental impact data each year in a Sustainability Position Paper that lays out targets for the year ahead.

Joybird has partnered with Bari J. Ackerman for a furniture collection centered on the fabric and interior designer’s signature floral patterns. For the collaboration, Ackerman designed two prints: Heron Jardin, featuring heron birds and pink rose blossoms, is available on a bench, bed and swivel chair, while the multicolored Midnight Fleur can be found on an accent chair, ottoman and sofa. 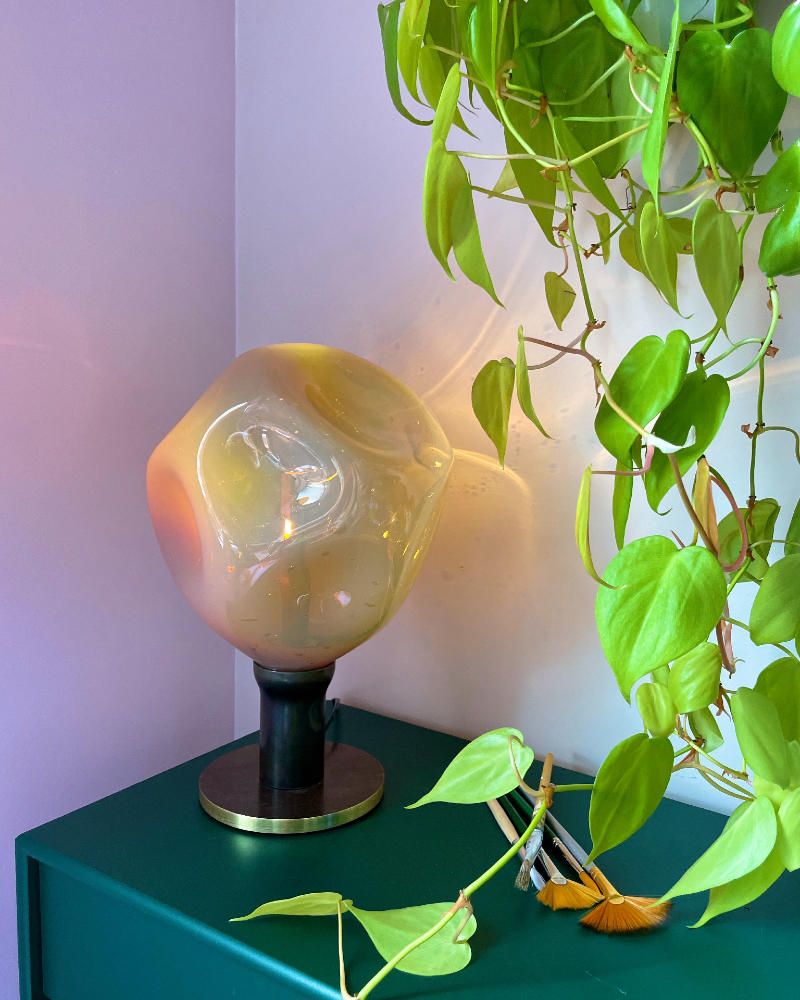 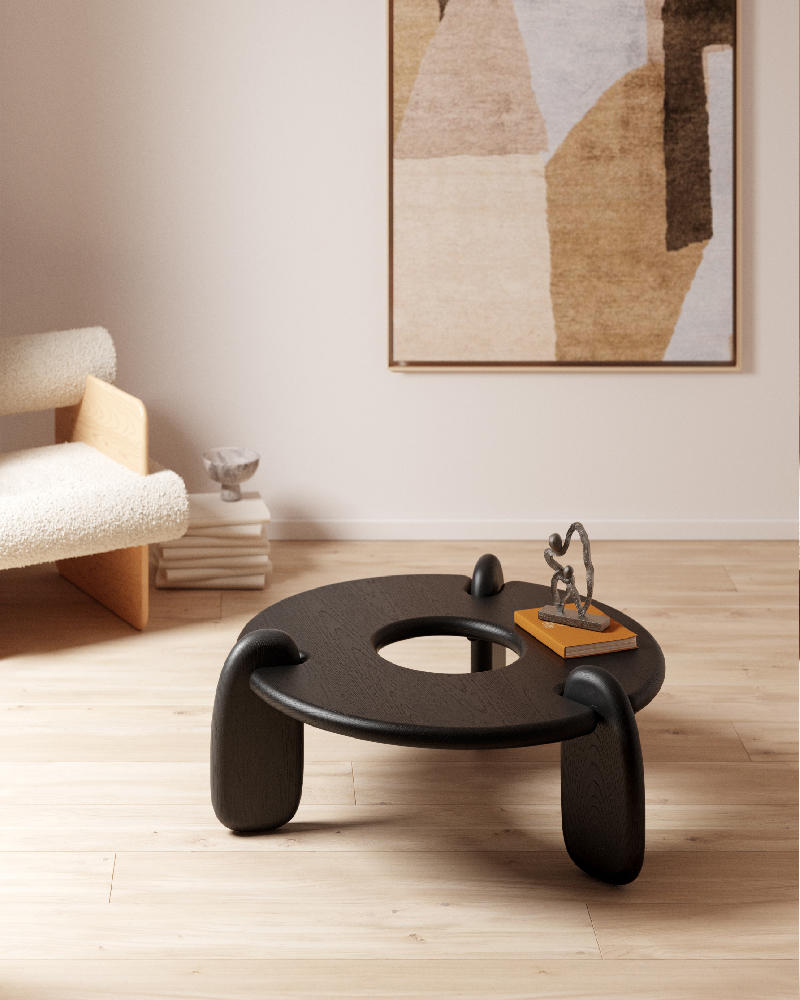 Online magazine Sight Unseen has curated a collection of new work produced by an international group of independent designers—a project undertaken in lieu of the site’s annual Offsite showcase of contemporary furniture and lighting design. For the collaboration, which is available exclusively on 1stDibs, makers produced all-new pieces, such as ceramicist Bari Ziperstein’s first magazine rack and inaugural lamps from BaleFire and new studio Arvo Ray.

Designer Suzanne Tucker has debuted her first collection of indoor-outdoor textiles. The five patterns—Bali, Kaleidoscope, Mosaic, Palmetto and Sandy—are available in both vibrant and neutral hues, with a washable, soil-resistant finish.

After spending months in lockdown online shopping, homeowners are getting real about what they want in their homes—and even more real about what they don’t want. Trash removal company 1-800-Got-Junk? saw a spike in year-over-year customers, while Goodwill had to ask people to curb their donations after receiving an influx of “broken toasters, old batteries and dolls with missing limbs,” The New York Times reports. According to Elizabeth Haynie Wainstein, owner and chief executive of Potomack Company auction house, “The pandemic just put the normal purge cycle on steroids for people.”

Though many retail spaces took a hit over the last year, craft stores—specifically fabric and yarn outfitters—saw a major boom in business. According to art historian and University of North Texas professor Jennifer Way, there’s an anthropological underpinning to crafting in times of crisis. She cites a “haptic quality” invoked in the physical process of knitting, needlepoint and weaving that produces a soothing effect. “The craft practice itself offers an opportunity to connect mind and body to address healing,” Way tells NYT.

The work of designer Ted Bradley—best known for handcrafting lighting fixtures from white porcelain—will now be available in the De Sousa Hughes showroom in the San Francisco Design Center, as well as the Jean de Merry showrooms in Dallas, Los Angeles and New York.

New England Home has announced the winners of this year’s 5 Under 40 Awards, recognizing the region’s emerging talent in the categories of architecture, interiors, specialty design and landscape design. The 2021 honorees include Heather Souza, Gabrielle Pitocco Bove, Mika Durrell, Heather Harris and Meaghan Moynahan.