Suzanne Tucker: ‘Relationships are everything’

podcast | May 3, 2021 |
Suzanne Tucker: ‘Relationships are everything’

One rainy morning in the late 1970s, Suzanne Tucker showed up for her first day on the job as a secretary for the then-famous, now-iconic San Francisco designer Michael Taylor. She wore an Yves Saint Laurent silk blouse, a pencil-pleated skirt and Bottega Veneta boots and carried an umbrella. The moment Tucker stepped into the office, the bookkeeper quipped: “Thank God Mary Poppins is here to save us.” 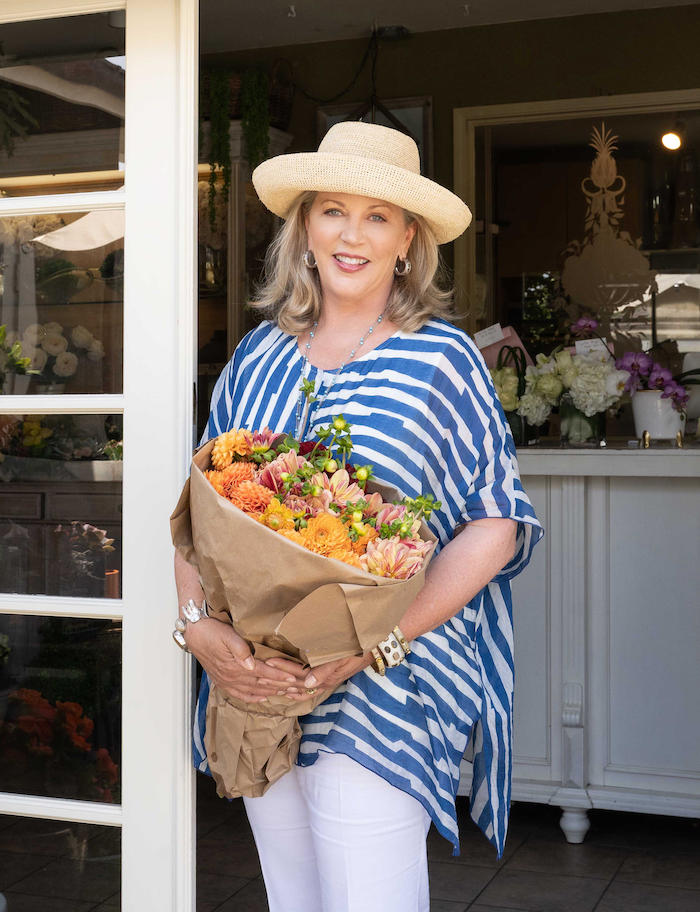 It was a rough start that would soon get rougher. Tucker learned that she was the fourth secretary to hold the position in four weeks—the others had fallen on the wrong side of Taylor’s explosive temper. As if on cue, he stormed into the office and began yelling at a decorative painter on the phone (two drops of blue paint had dripped on an 18th-century desk) with such fury that Tucker felt obligated to reprimand her new boss. Miraculously, she wasn’t fired. Quite the opposite.

“From then on, I was his pet,” Tucker tells host Dennis Scully on the latest episode of The Business of Home Podcast.

Tucker stuck it out at Taylor’s office, survived his brutal moods and finished refining her craft under his mentorship (she had previously worked for British designer Peter Hood in London). When Taylor died of AIDS during the height of the crisis in 1986, Tucker and her eventual husband, Timothy Marks, took over the firm, ultimately rechristening it as Tucker & Marks. “In banking and finance, the name J.P. Morgan lives on even though he’s passed away. Design isn’t quite like that,” she says. “We realized pretty quickly, people knew what Michael Taylor did. They want to know what you do.”

What she did: Establish the firm as one of the country’s most notable. By catching the eye of legendary Architectural Digest editor Paige Rense and blitzing the showhouse circuit (“I always advise designers to do two in a row if you can,” Tucker says), she quickly built a reputation for Tucker & Marks as the purveyors of a deeply layered, classically informed take on haute design. Acclaim, awards, books and a fabric line would soon follow. However, Tucker hasn’t lost her sense of practicality or humor.

Listen to the episode and check out some of the takeaways below. If you like what you hear, subscribe on Apple Podcasts or Spotify. This episode was sponsored by Room & Board and Crypton.

Playing Nice
Architects and designers don’t always get along—there’s often an element of condescension (guess which way it goes) on the job site. Tucker, who has worked with some of the most notable architects in the business, sees both sides of the issue. “There’s a certain snobbery around that—I understand it. Because after all, an architect has gone through a lot of schooling to get where they are. And unfortunately, with decorating, anyone can just hang out a shingle and say, ‘I’m a decorator,’” she says. “I would say to the architects: Keep an open mind. I would say to the decorators: You’ve got to educate yourself. You have to prove your chops.” Her secret to working well with architects? “You have to make them think everything is their idea.”

It Pays to Be collegial
A client from the world of finance once approached Tucker to do his house. She was half-interested (“Loved the house, didn’t really like the client,” she says). To make matters worse, he wanted to bargain her rate down. “I don’t negotiate my contract,” she says. “I told him, ‘It’s simple as that—I don’t negotiate it. It’s fair. It’s fair to you, to me, to my employees. It’s a fair situation.’” The client in question approached another designer, a colleague of Tucker’s, who gave the same answer. Then he disappeared.

“Nine months later, he hired someone else in town, and she called me up and said, ‘You passed on that job? I got it, it’s not going well, he owes me $50,000. He told me that you hadn’t been willing to cut your markup and so I did in order to get the job.’ I said, ‘I wish you’d picked up the phone and called me.’ There [are] bad clients out there. That’s where it’s really important to be collegial. If something doesn’t seem right, pick up the phone and call your colleague and say, ‘Heads-up on this one.’”

Take your time
The internet and HGTV, says Tucker, have taken a lot of the mystique out of the design profession and given clients unrealistic expectations. “Design on a dime is a little fantasy story. It doesn’t happen fast,” she says. “The most valuable thing to find in a client is someone who has not just the means but the patience to stay in for the long haul of a project. Really good, well-thought-out projects don’t happen in a couple of months. A year to decorate a room is not unusual. I just finished installing a project—granted, it was a huge restoration house, massive remodeling, underground swimming pool—[and] it took eight years. That’s a long time when you’re in your mid-20s and you think, ‘I can’t stand how long this project is taking!’ That’s already a third of your lifetime! But you need to be realistic. It does take a long time to do good design.”