New and noteworthy releases from Minna, Amber Lewis for Anthropologie and more

Forget the freezing temperatures—the latest launches are a love letter to the easygoing designs and spirited motifs that lie in the warmer months ahead. From curvy farmhouse-style coffee tables to handmade Bauhaus inspired rugs, here are some standouts from the recent round of debuts. 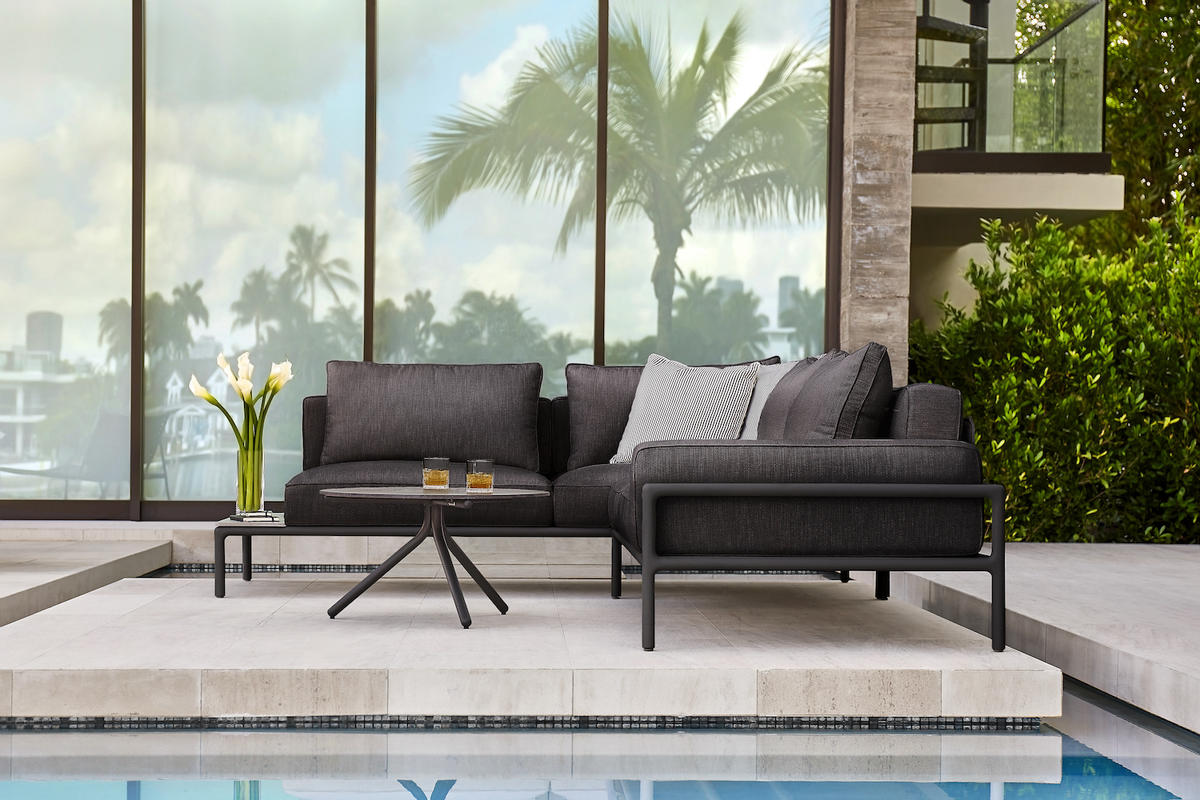 Brown Jordan launched an outdoor-friendly collection named Moto. Designed by Ann Marie Vering, the motorcycle-inspired series features 11 clean-lined metal designs—ranging from sofas and loveseats to chaise lounges and daybeds—crafted with the kind of plush upholstered panels and removable padded covers that are typically only found in high-end indoor furnishings. 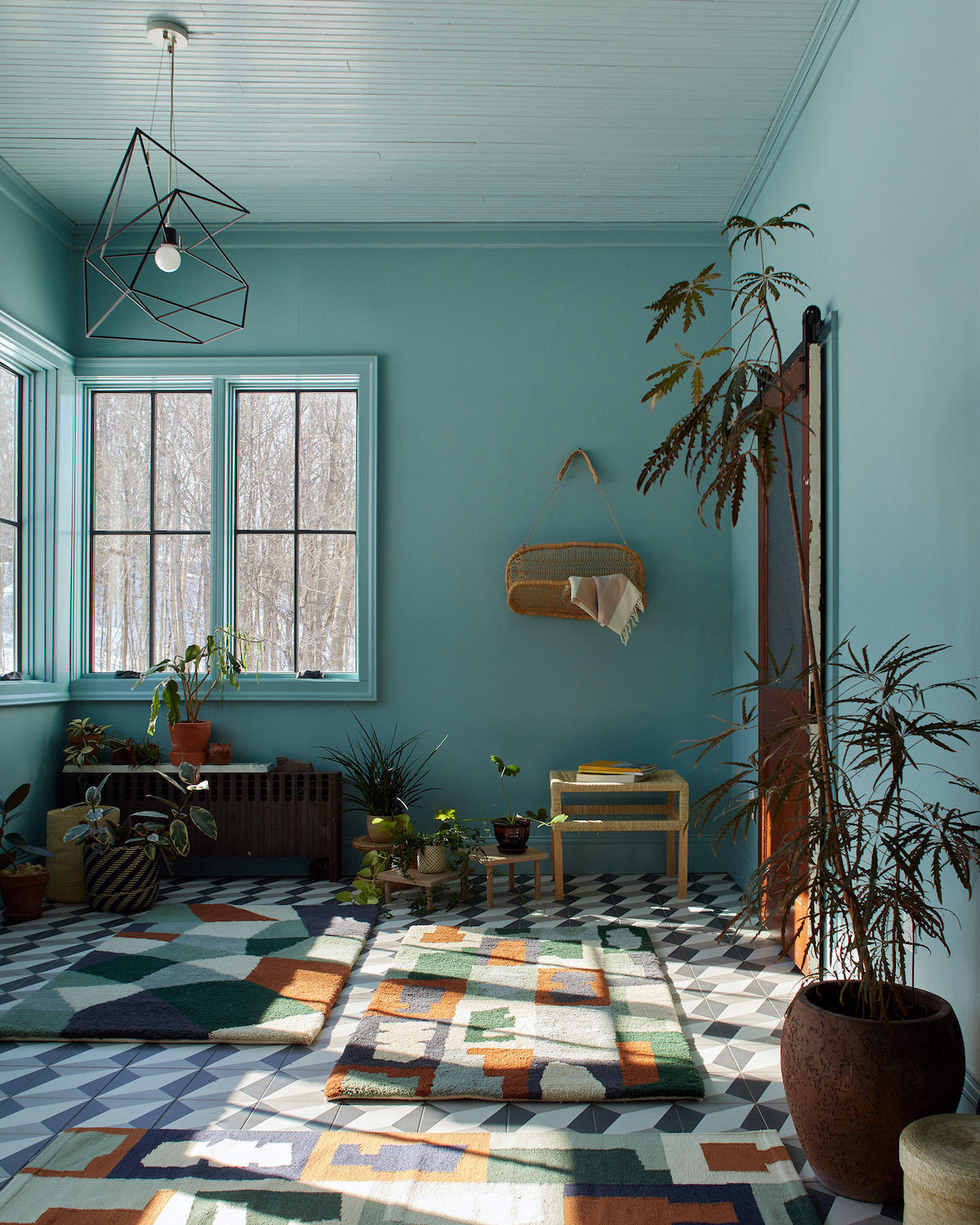 B Corp-certified brand Minna released a new collection of handwoven rugs in partnership with two artisan-led weaving groups in Huancayo, Peru. The sustainably made assortment offers six striking designs with inspirations like the Bauhaus movement and Ricardo Bofill’s architecture, including a bold geometric pattern named Vessels and a high-pile style named Mosaic. 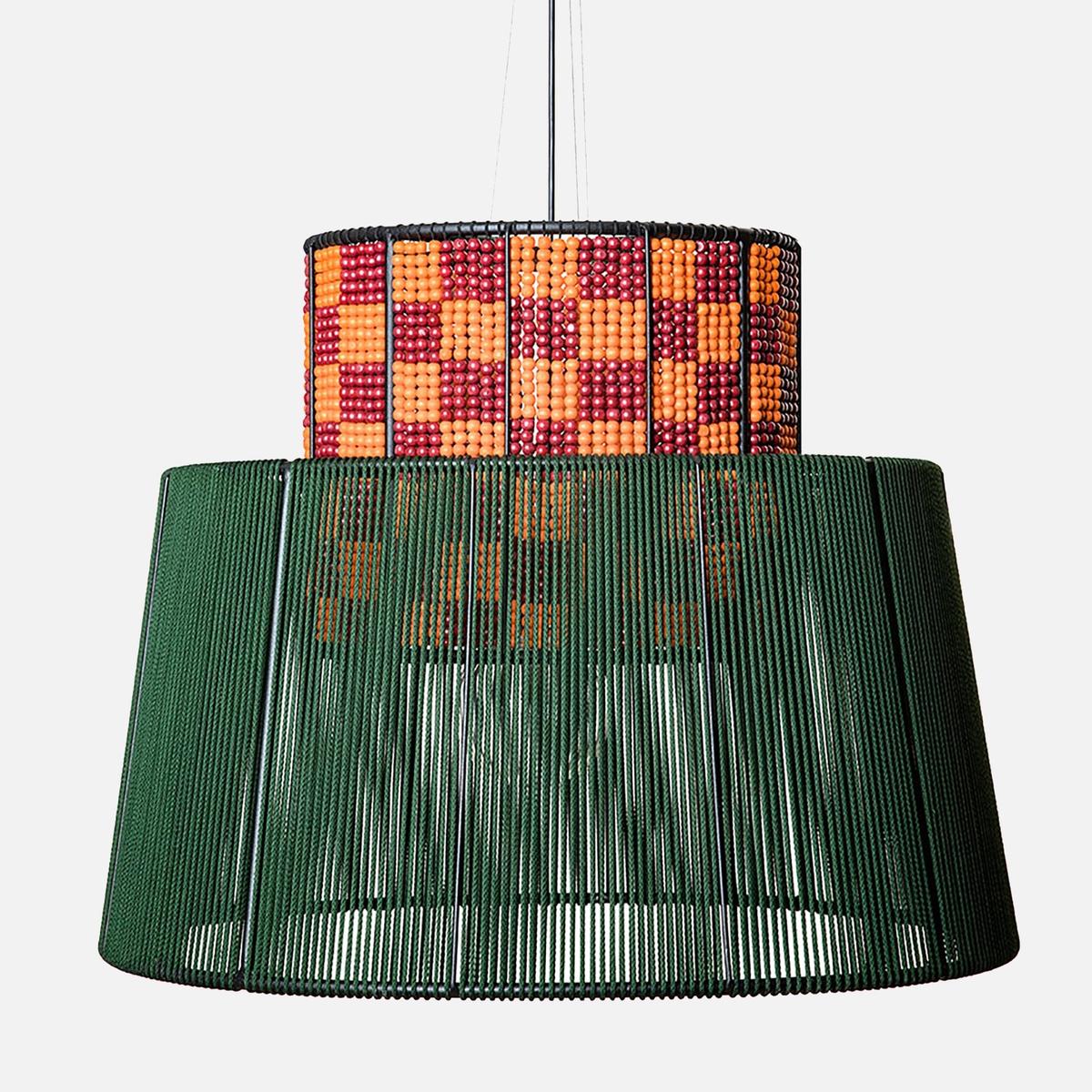 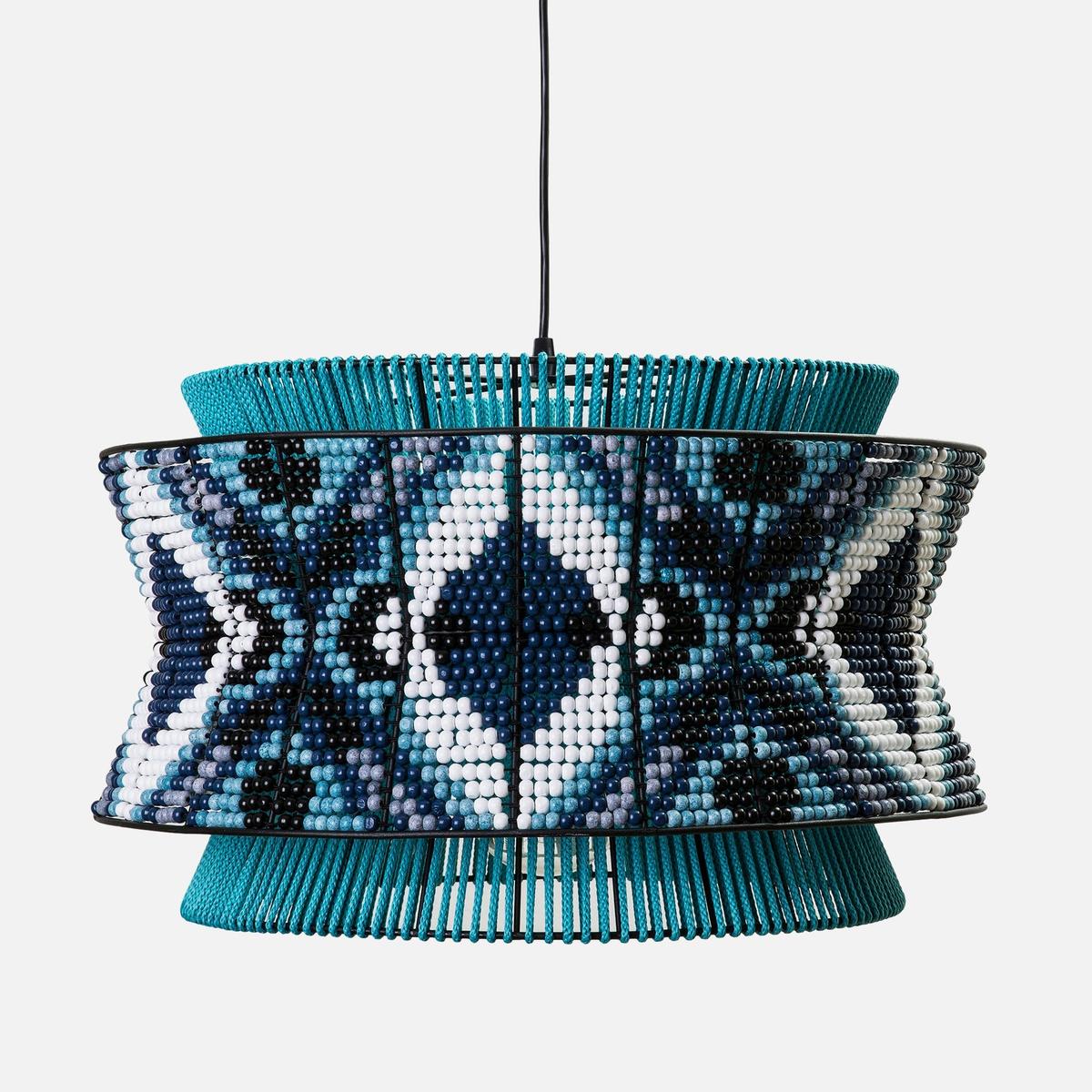 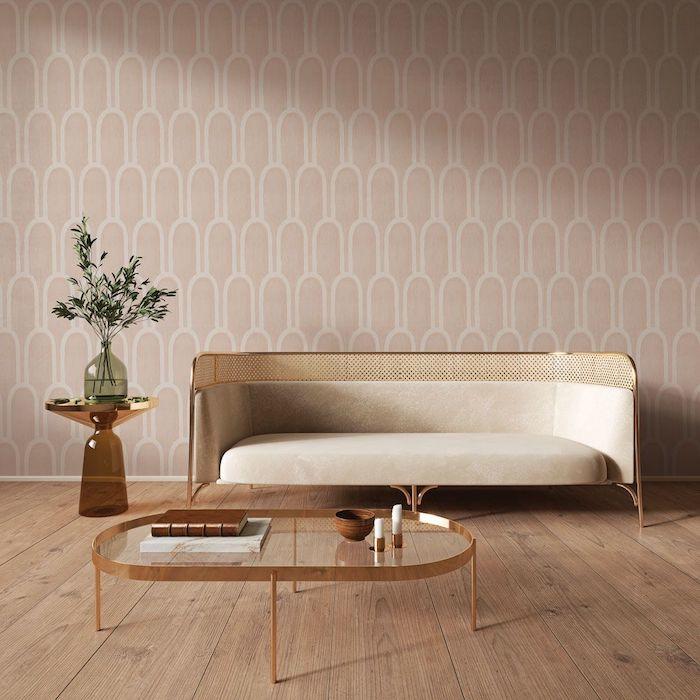 Queen Emma in Lopen by She She for TempaperCourtesy of Tempaper 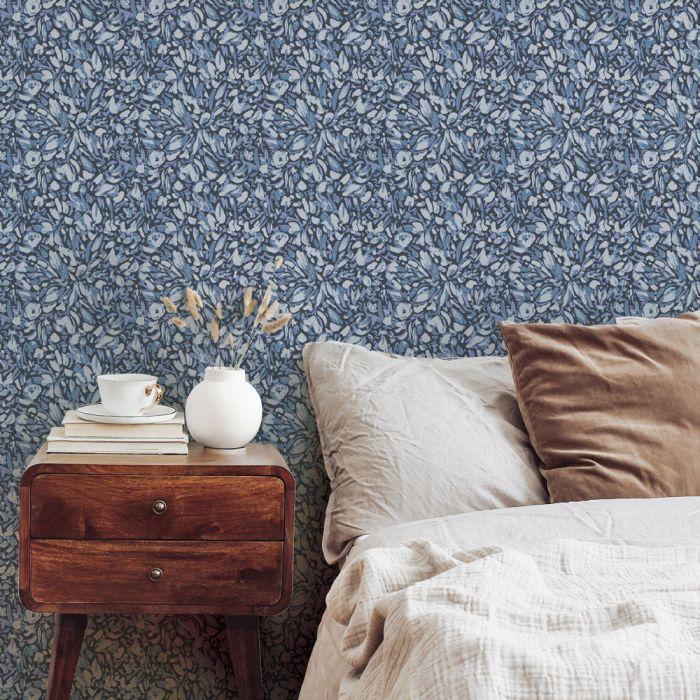 Tempaper tapped She She for a whimsical peel-and-stick wallpaper series. The collection features four prints inspired by architecture and scenery of the Dutch Caribbean island of Curaçao, including an art deco-style pattern named Queen Emma and a maximalist floral design called Flamboyan. 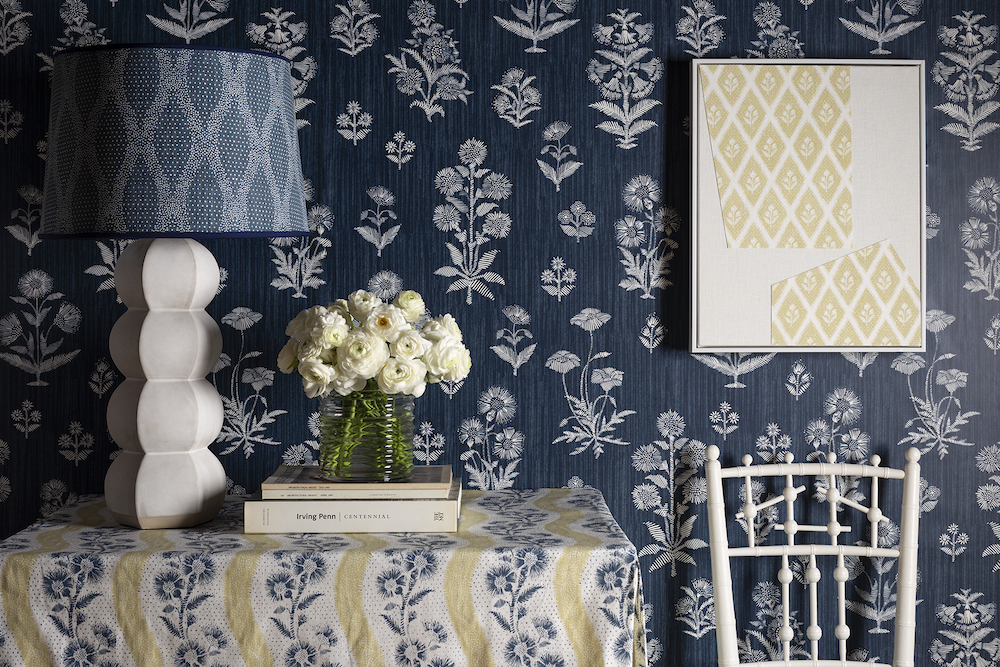 Chicago–based fabric studio Maresca Textiles debuted a sprightly collection called Botanical. Each of the four complementary motifs is based on an original drawing, including a floral damask fabric named Harwick Stripe and a tapestry-inspired pattern dubbed Harwick Botanical, also available as wallpaper. 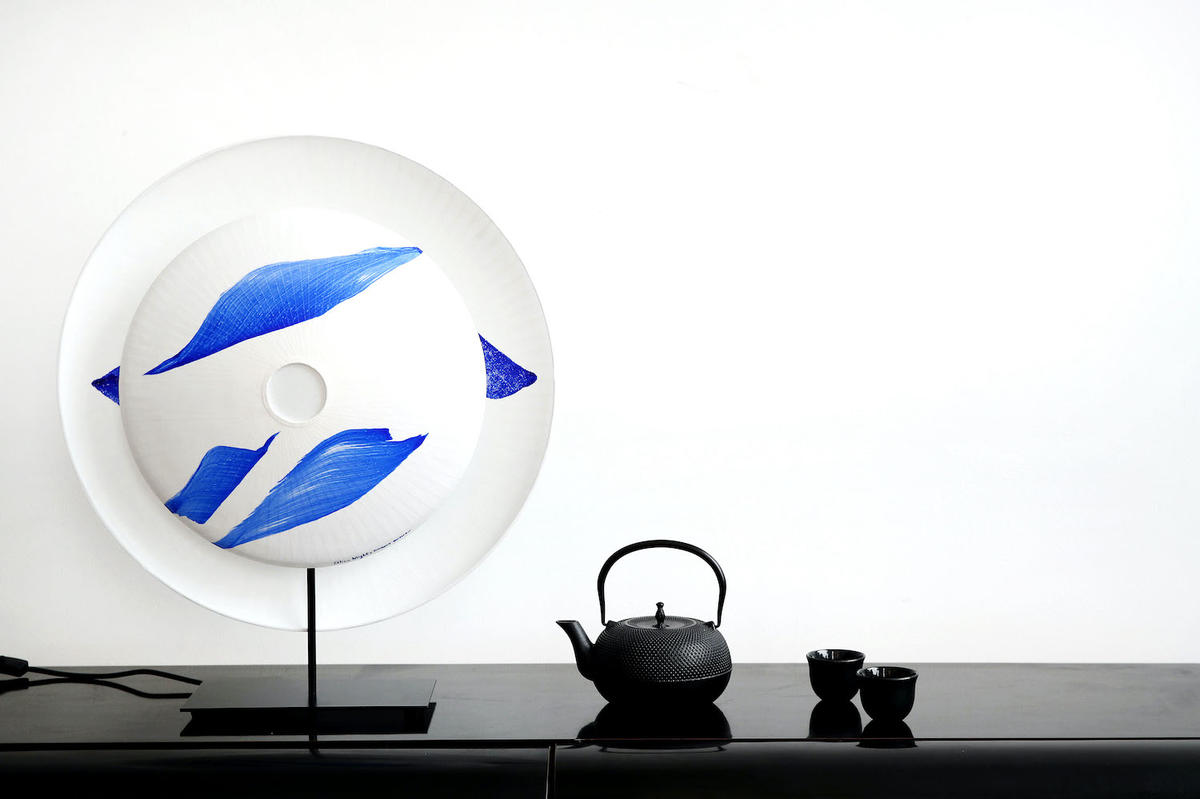 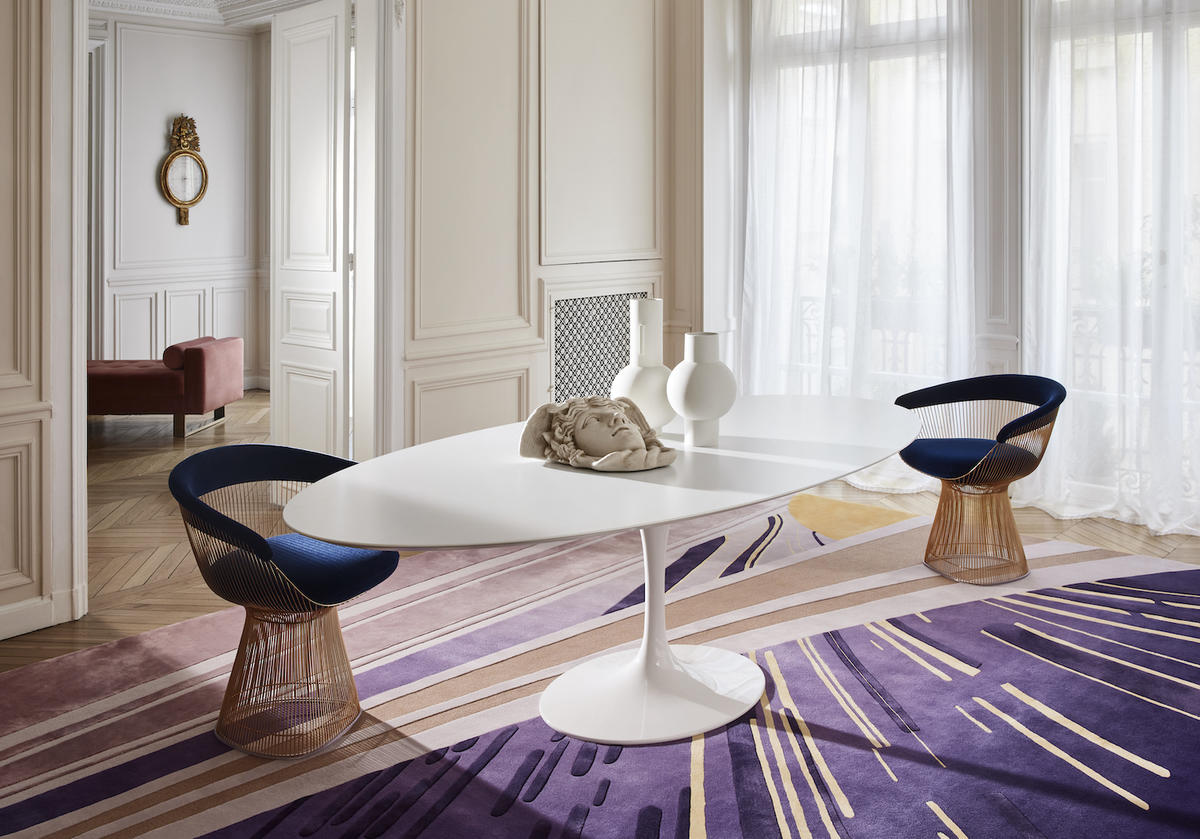 Tai Ping Carpets called on Elliott Barnes for the characterful Overview collection. An homage to the city of Los Angeles, the series features six handtufted rugs with stylized motifs, such as the wavy lined Cienega I and the graphic Arroyo Seco I. 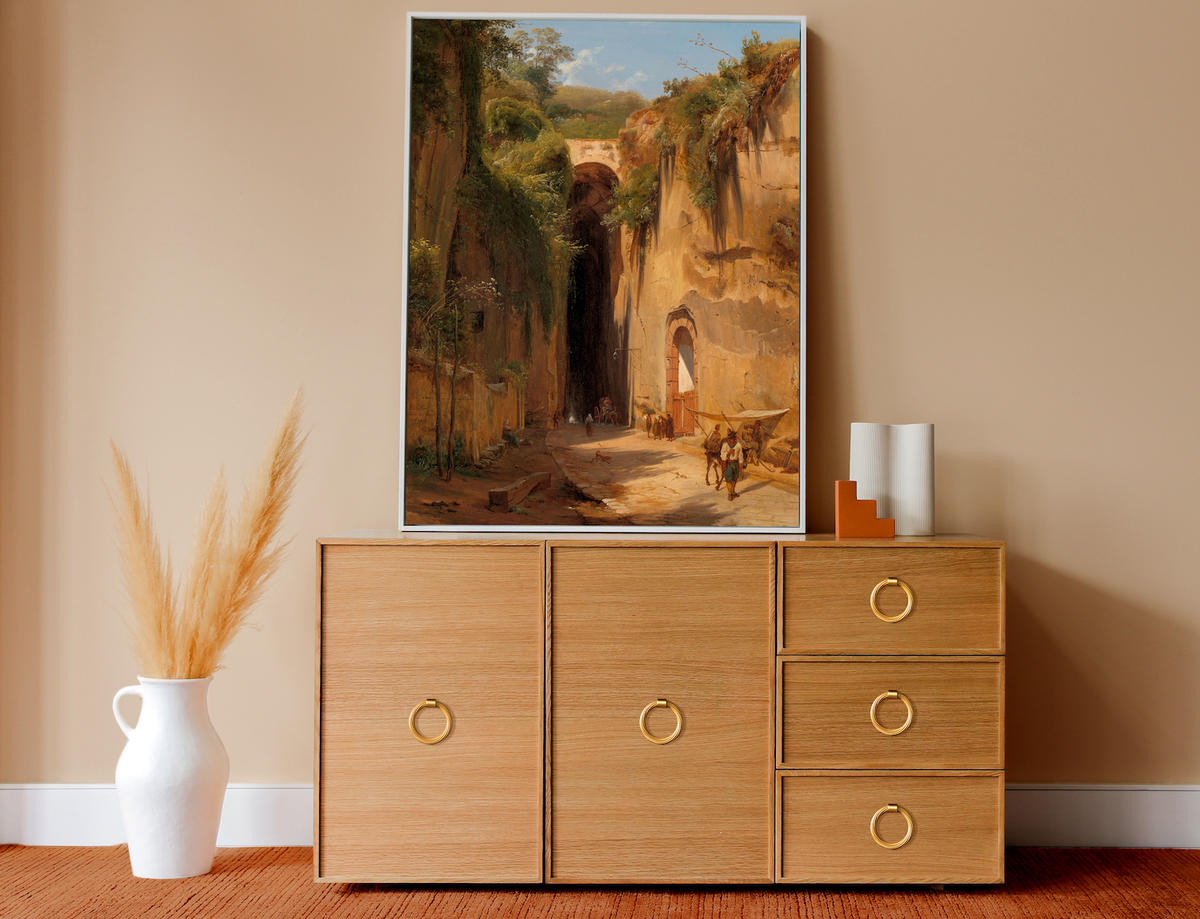 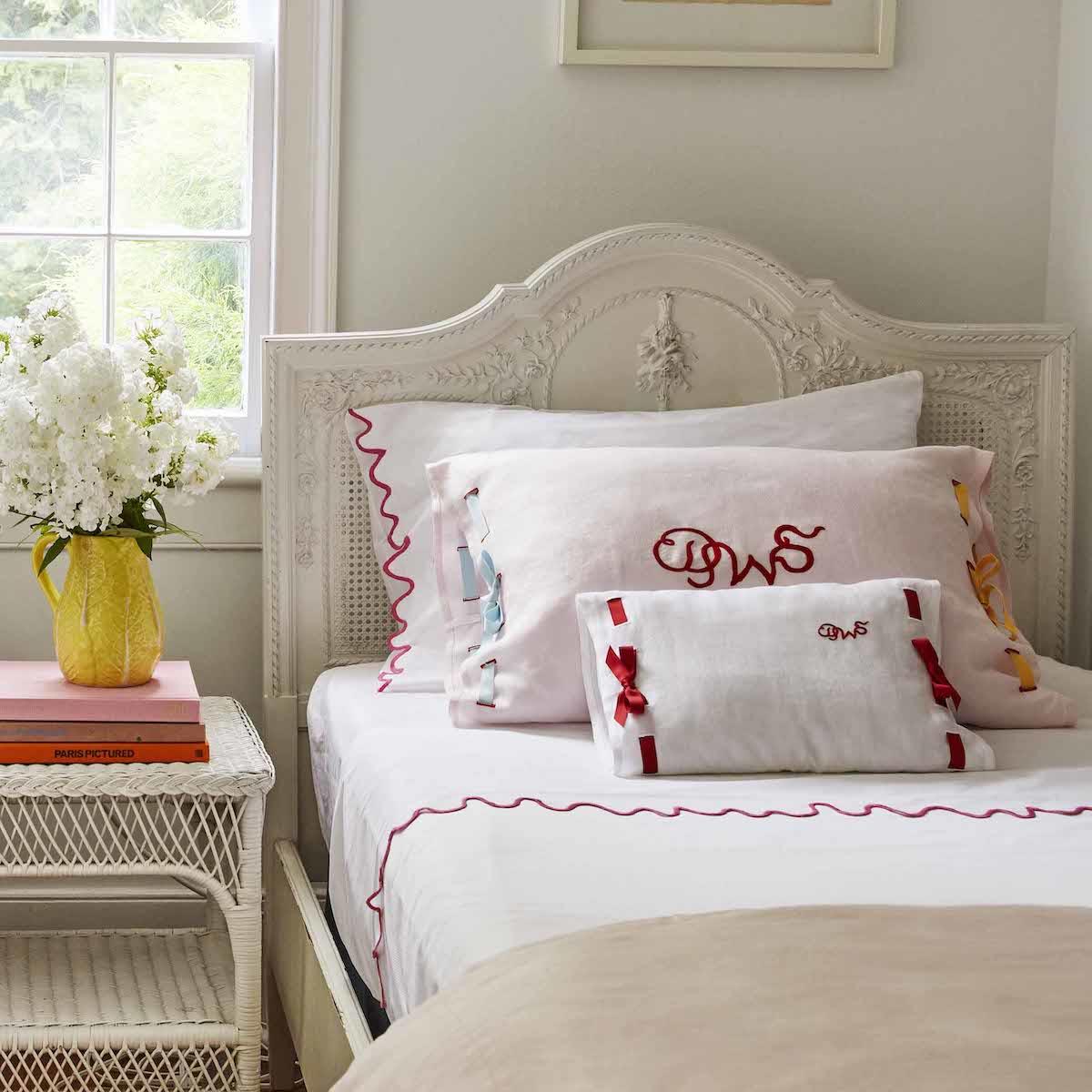 Ribbon shams in light pink and white by Julia B. and Happy Menocal Courtesy of brands 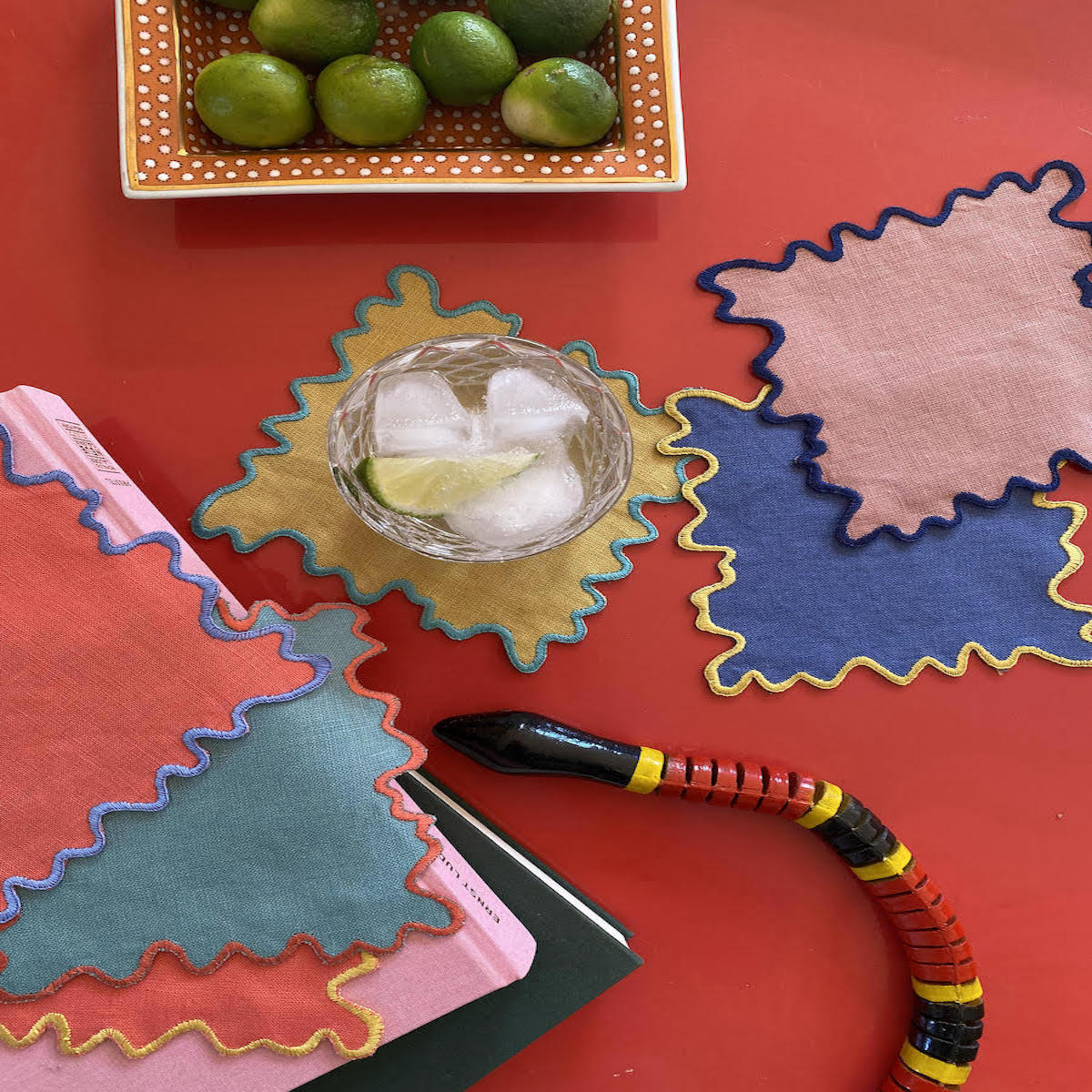 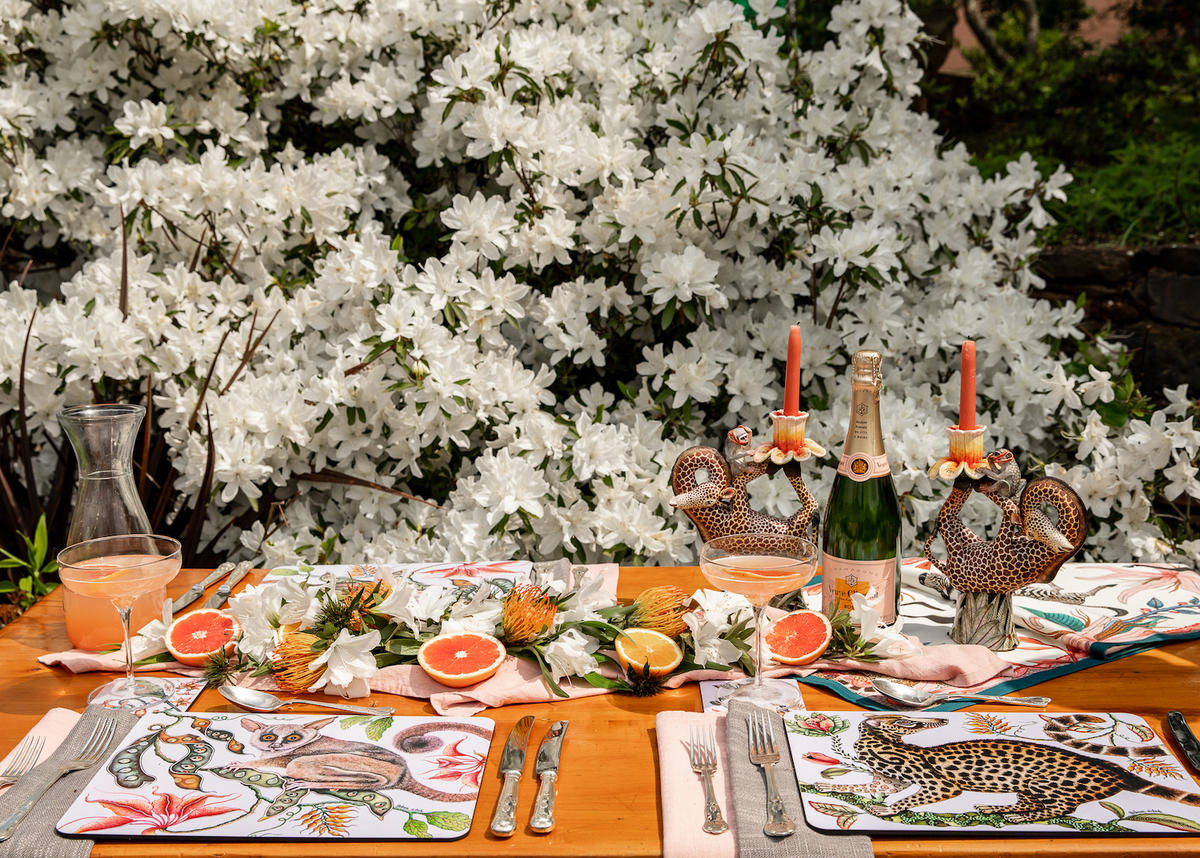 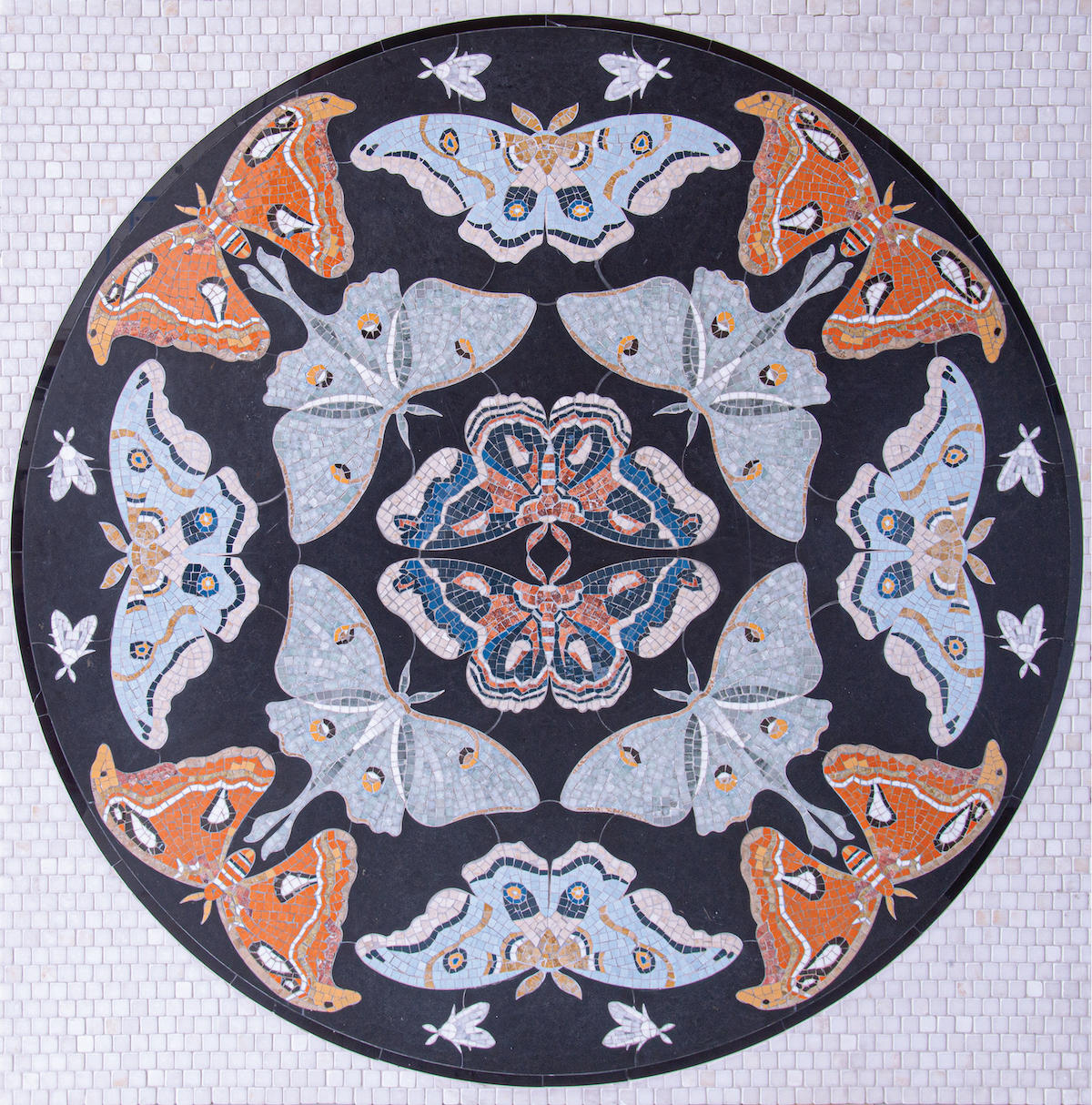 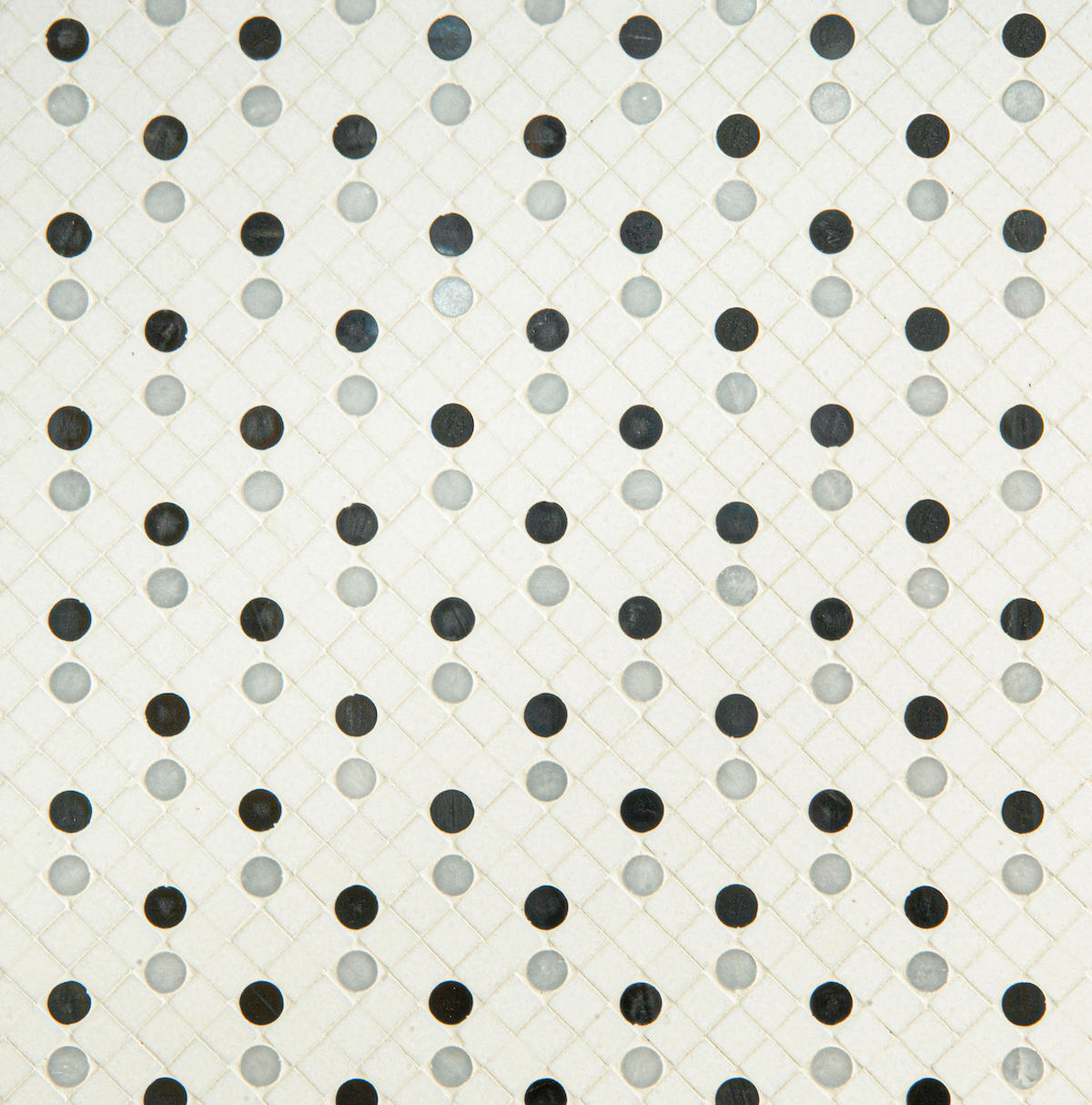 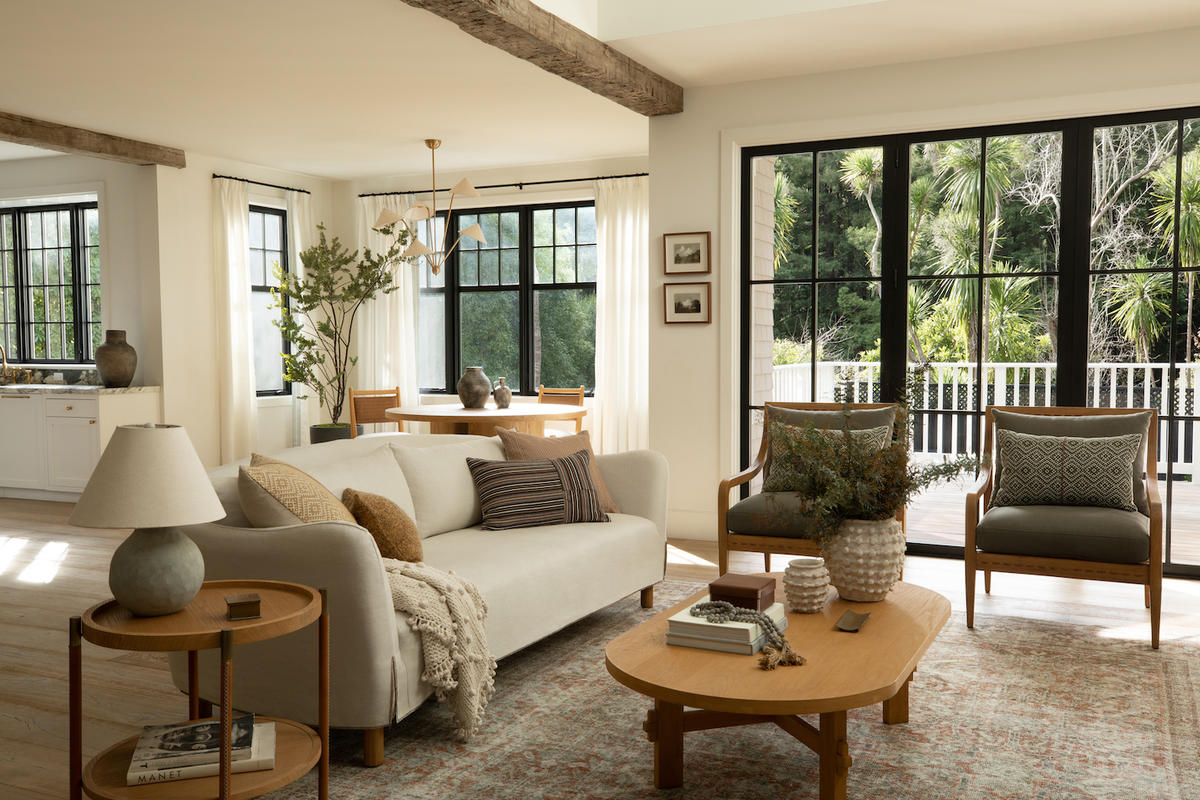 Selections from the Simple Pleasures collection by Amber Lewis for Anthropologie, including the Caillen side table, Roslyn table lamp, Curved sofa and Henderson coffee table Courtesy of Anthropologie

Anthropologie teamed up with Amber Lewis for the Simple Pleasures series. The collection offers furniture, lighting, textiles and decor accents inspired by the SoCal designer’s carefree coastal style, including a round oak coffee table called Henderson and a ceramic table lamp with a crisp linen shade named Roslyn. 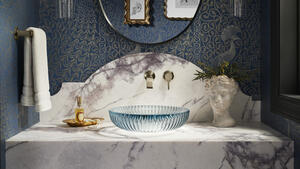 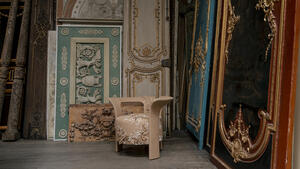 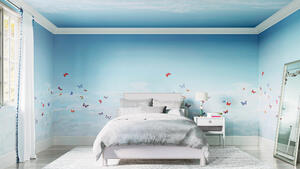 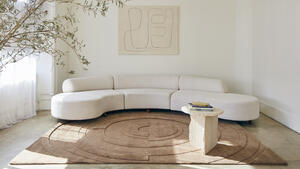 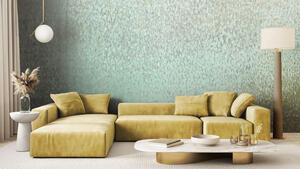 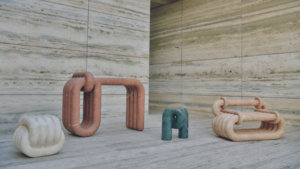