It’s the biggest design industry acquisition ever. What does it mean?

mergers & acquisitions | May 18, 2021 |
It’s the biggest design industry acquisition ever. What does it mean?

It’s the surprise wedding that changed the design world forever. Last month, Herman Miller announced that it was acquiring Knoll for $1.8 billion, a merger of two giants that will create a $3.6 billion behemoth and reshape the industry in the process. Swept up in the union is the constellation of subsidiary brands owned by the companies, ranging from stalwarts like Maharam and Holly Hunt to upstart D2C brands like Muuto and Fully (not to mention DWR, Edelman Leather and Hay).

Somewhat lost in the enormity of the transaction is the shock factor. For decades, Herman Miller and Knoll have been heated rivals, competing for similar customers and, in some cases, bidding against each other to acquire the same brands. The merger is no bland strategic alignment—it’s like the Yankees buying the Red Sox.

In the commercial design world, Herman Miller + Knoll has been the only subject of conversation for the past four weeks. The residential side has been slightly less riled up by the merger—but still, it’s big news. To get a read on the situation, Business of Home spoke with seven experts from various corners of the industry about the implications of the acquisition.

Stephen Burks
Furniture designer, Stephen Burks Man Made.
It’s kind of amazing news. Herman Miller is definitely having a moment, given the buoyant effects of its e-commerce business through DWR and the focus on residential sales during the pandemic. I think it’s part of a global shift towards consolidation, which—unlike the telecommunications industry—hopefully makes space for more innovation by allowing brands like these to focus less on their bottom lines and more on their strengths through differentiation.

Of course, both brands are historic American companies that have built global businesses, so it will be interesting to see how the merger impacts the rest of the family of companies, like DWR, Hay, Geiger or Maharam. I, for one, am hoping to see more contemporary product development!

Dan Rubinstein
Design journalist
As someone who covets his Saarinen dining table more than anything, I’m still processing the enormity of the news. However, it’s all very understandable considering the seismic shift that’s happening in the workplace. I’m mainly relieved that the incredible archive of important designs will remain in the right hands, from both a creative and industrial point of view. But it’s hard to imagine the possibilities of the office when the future is so cloudy. Contract design is a sector of our business that relies heavily on research, data and long-term investments. But if I trust anyone to tackle that challenge, it’s Herman Miller. I’m rooting for them. 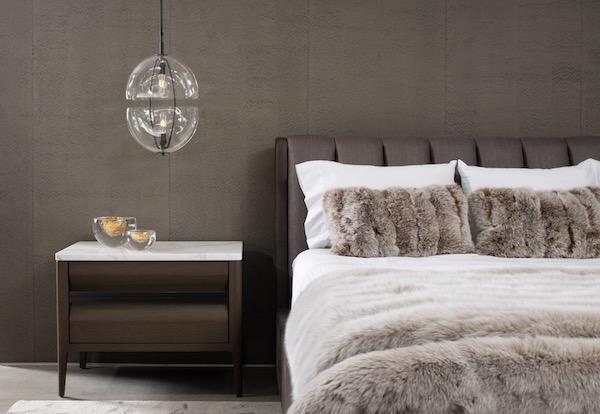 Holly Hunt’s showroom in Dallas—the company is one of 19 owned brands swept up in the merging of Knoll and Herman Miller.Courtesy of Holly Hunt

Holly Hunt
Founder and former CEO, Holly Hunt
It’s a natural merger. If you put them together, you need only one accounting department and one HR department—there’s a lot of consolidation that saves money. What I worry about is, what does Herman Miller want with Holly Hunt?

Do you take Holly Hunt and put it together with a couple of other small businesses they own and do a retail channel with it? Or do you just let it go and do what it does? I think the to-the-trade part is a necessity, and it requires elevating the brand, and it does elevate the brand. But if you want to make money, I would take part of it retail.

Amanda Schneider
President of ThinkLab
I admire [Herman Miller CEO] Andi Owen greatly. I see her as a uniquely talented individual who has been able to take a juggernaut in the industry and leverage it to disrupt the status quo, successfully. I think the acquisition of Knoll is just one more way she’s showing the world she’s not afraid to make bold moves.

However, there are still lots of questions in many of our minds. The redundancy in product offering leaves many questions for prospective buyers about what will remain and what will go. When you are buying product that “uglies out” before it wears out, longevity is not a concern you want. I am, however, very excited for the now unparalleled portfolio of iconic products, from Florence Knoll to Eames. Simply put, no one can match this.

The redundancy in distribution is also creating a lot of buzz. In an industry that is moving towards fewer, stronger distributors (acquisitions are rampant, and dealer “flippers” are actively hunting), now “HMK” will have dual distributors in many markets. In some geographies, Knoll has the stronger distributor; in others, Herman Miller does. This is creating great unease for many. While it’s uncomfortable, I say, “Never waste a good crisis.” My personal hope is that this discomfort leads to more innovation, new ideas, and rethinking the ways things have always been done.

ROB KIRKBRIDE
Editor in chief, Business of Furniture
Herman Miller’s acquisition of Knoll is like a marriage of design royalty. The impact of this connection is going to be immense. It brings together products from some of the giant names in design, like Eames, Noguchi, Girard, Nelson, Breuer, Bertoia and Saarinen. I’m interested to see how the design thinking of these two companies comes together. It won’t be an easy transition, and I’m not sure in this case if the two together will be more impactful than they have been individually. 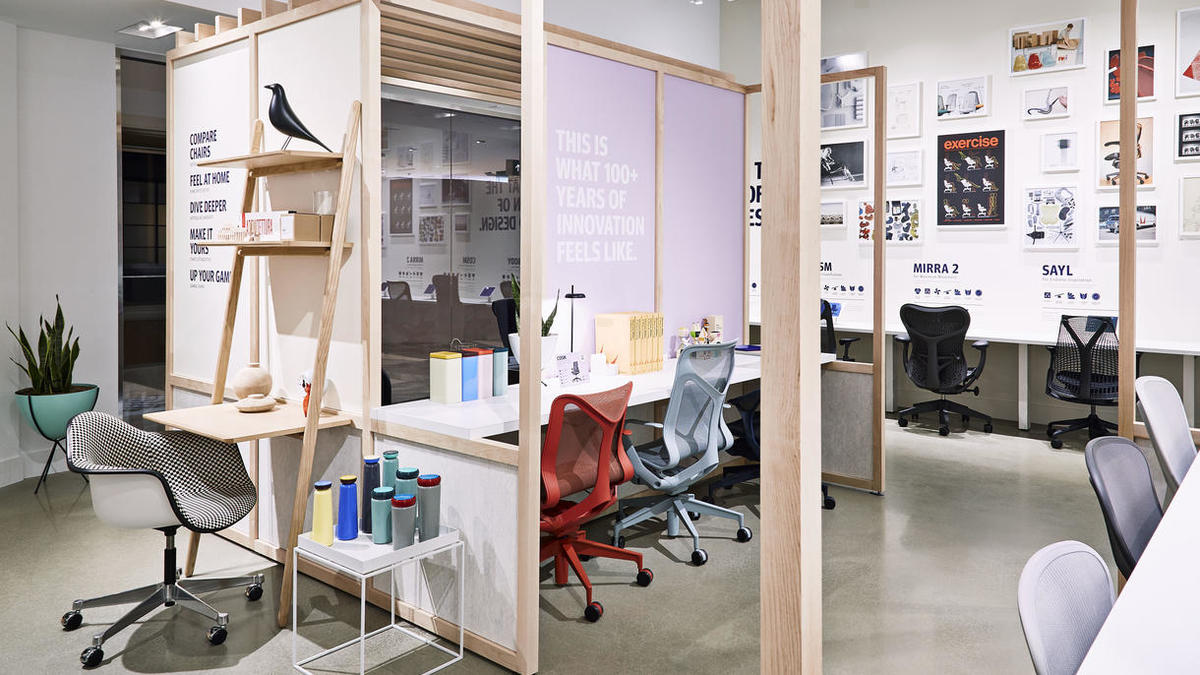 Lee Helman
Managing director of Financo, home industry M&A expert
From an e-commerce and infrastructure perspective, taking the best of what both companies do makes tons of sense. It creates the dominant player in midcentury modern design. It’s good for the consumers and businesses that want to be able to have one stop, to find the best of midcentury modern furnishings under one roof.

They put out an estimate that the merger will create $100 million of synergies. That’s a really big number, but I’m certain if they put it out, they’re really confident in it. The Herman Miller management team historically has been really conservative. What this transaction shows is that scale really matters. [In regard to the competition], it would not surprise me to see further consolidation of some larger players to try and create an offering at a scale that can take advantage of eliminating expenses to allow them to market deeper, acquire more consumers, invest more heavily in consumer experience, or invest more heavily in supply chain or last mile delivery for furniture. It’s a busy time in mergers and acquisitions in the home industry.

President and CEO, New York Design Center
Herman Miller appears to have been very disciplined. I think if they bring their discipline to Knoll’s portfolio, you’re going to have a very dynamic company with great strength at both ends of the market—home and office.

The typical residential furniture or fabric company isn’t talking about this merger that much, probably because they’re used to competing with both Knoll and Herman Miller already. I’m not sure anybody seems worried about it, although maybe they should be. You’re going to have a juggernaut. This [merger] gives you a company that can do what it wants, when it wants.