It’s difficult to think of an origin story more picturesquely humble than that of fabric giant Maharam—the company was started in the early 1900s as a pushcart selling cloth remnants. However, while the company is well over a century old, its modern history really begins in 1997, when Michael and Stephen Maharam took over the family business and began rapidly transforming it from a workhorse contract fabric manufacturer into the design-driven powerhouse it is today. At the time, Tony Manzari (now Maharam’s president) was a young executive at the company. He recalls it as a challenging, thrilling period. 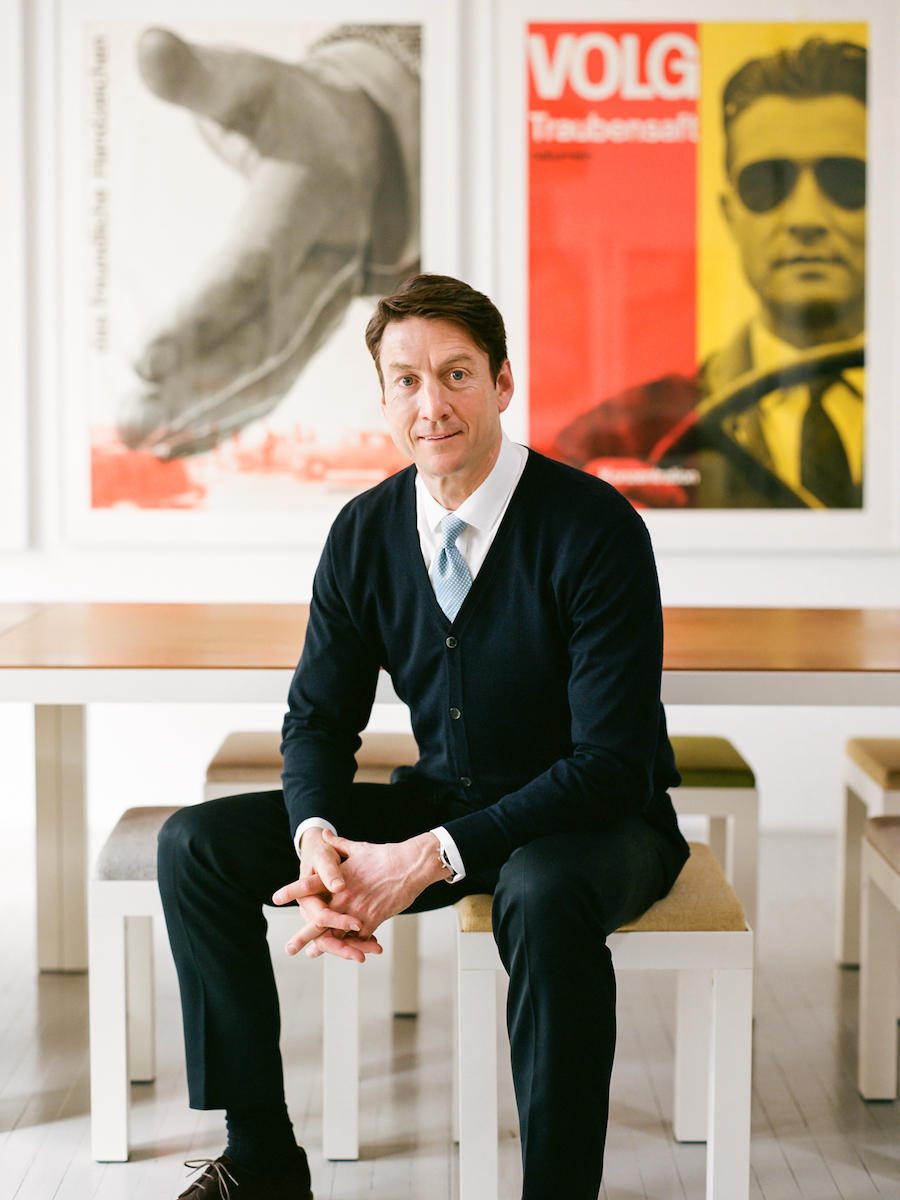 “We all wanted to make a change that was based around us knowing there was a better way to do things,” he tells host Dennis Scully on the latest episode of The Business of Home Podcast. “The contract textile industry hadn’t changed or evolved much. You’ve got a group of leaders all embracing this idea: Wow, really? You’re going to let us invest and do what we’ve always wanted to do?”

In simple terms, the change was to make Maharam a design-oriented business and get rid of entrenched bad habits. Sounds simple enough in theory, but it’s not an easy thing to take a (then) 95-year-old business and flip it on its head. In the immediate aftermath, the company saw half of its sales staff leave, and Manzari estimates that revenue dropped 20 percent. But the executives leading the charge kept grinding on the details, down to the way that samples were shown at presentations.

“In the old days … when [reps] would be done presenting 10 new products, you would just have a mound of fabric on the table—it was messy, it was sloppy, and it was really confusing,” he says. “Our clients tend to like things presented very methodically. When you lay out a group of memos, you should have about an inch between each memo. They should go in a color sequence that makes sense visually to a designer or architect. When you’re done with that rotation, don’t put another product on top of it unless the product you’re showing has a relationship with that. It was this methodical process that the old-school thought was crazy, but our clients thought, ‘Well, yeah, why wouldn’t you present like that?’”

After a few years, the changes began to pay off. Revenue surged, and the design-driven approach allowed the company to charge a premium for product, fattening their margins. “The margins were two or three times greater than they had been, because all of a sudden you’re introducing a product that has a design integrity that people are willing to pay for,” says Manzari. “Human nature is such that when you do something that’s meaningful, people quickly forget about the past. It was amazing to us how quickly the perception changed from being this really reliable service-oriented business to being this innovative design leader. As soon as we were consistent in the level of design we were bringing to the market, that perception stuck.”

Maharam’s revenue kept growing, and in 2013 it was acquired by Herman Miller for $156 million, a figure that shocked many in the design industry at the time. It shouldn’t have. The company’s metamorphosis had opened up new markets all over the world, from boutique hotels to dot-com offices to residential projects—a testament to the fact that sometimes the right thing to change is everything.

This episode was sponsored by Serena & Lily and Baker + Hesseldenz. Below, listen to the episode. If you like what you hear, subscribe on Apple Podcasts or Spotify.

WATCH THE BIG PLAYERS
It would be satisfying to report that Manzari knows exactly where the industry is headed as the coronavirus pandemic enters its final (knock on wood) stage. He doesn’t—but he knows where to look for clues. “The challenge is it’s hard to make definitive decisions when you clearly don’t know what the next six months are going to look like,” he says. “But it’s always smart to pay attention to the large design and architectural firms, [like] the Genslers, because they’ve got the best horsepower to accomplish anything.”

TRADE SHOWS
Manzari isn’t entirely certain what Maharam’s participation in 2021 trade shows will be, but it likely won’t be at 2019 levels. “If the participation in Salone is down 30 percent, is it worth the time, energy and money? NeoCon is a similar situation,” he says. “Maybe the safe answer is to be involved in terms of having a presence in those shows but not in a real big way, because I can’t imagine those shows getting back to normalcy for at least another 12 months.”

NEW AUDIENCES
Maharam recently pulled out of some advertising real estate it had held for years: the back cover of Interior Design. That’s because the company is looking to tell its story more proactively and shake up its marketing approach with pop-ups and unique collabs with magazines like Apartamento. “[The approach is]: Let’s be playful, let’s make noise in different ways,” he says. “We’ve started advertising in The World of Interiors, trying to expand beyond the typical contract world and reach a much broader audience.”