With their states reopened, summer showhouses move ahead

weekly feature | May 20, 2020 |
With their states reopened, summer showhouses move ahead

When designer Josh Pickering pictured doing his first showhouse, he imagined the camaraderie he would feel with his fellow designers and the buzz and excitement of install day. He did not imagine driving 12 hours to the site because flying might pose a health risk, or that he would have to stand 6 feet away from the other designers working on the house—if he got to meet them at all. But these are the realities of doing a showhouse during a pandemic.

The coronavirus has ebbed enough in certain regions for some showhouses to move forward, but not quite enough for things to go on as normal. For next month’s Atlanta Homes & Lifestyles Southeastern Designer Showhouse & Gardens, which Pickering is participating in, small groups will be able to tour the space. Bigger celebrations, like the event’s annual opening-night cocktail party, however, are off the table this year. In lieu of an in-person kickoff event, designers and sponsors are invited to a toast via Zoom.

“I definitely feel like I’m missing out on parts of the experience,” says Pickering, who is based in Dallas. “Our install times have been staggered for safety reasons, which is great, but the normal energy is not going to be there.”

Depending on where you live, the idea of attending a showhouse tour in a few weeks ranges from unfathomable to a welcome return to normalcy. With scattered outbreaks and the lack of federal guidelines, the response to the coronavirus has varied vastly, with some states on the brink of totally reopening, while many New Yorkers, for instance, still can’t imagine when they’ll be able to go get a haircut. So, while it would be unrealistic for the Kips Bay Decorator Show House, an Upper East Side staple of the New York design scene’s spring calendar, to go ahead, events like the Southeastern Designer Showhouse & Gardens—which is taking place at an 11,000-square-foot house with six acres of gardens where social distancing is feasible—aren’t facing all of the same challenges.

Which isn’t to say there are no challenges or concessions: The Atlanta showhouse will offer virtual tours of the space in addition to staggered and timed admission windows on-site. “We do believe that event planning of the future will involve this hybrid model—a combination of virtual and in-person offerings—and while it’s been challenging to plan for both options, it’s certainly pushed us from a creative standpoint,” says Elizabeth Ralls, the publisher and editorial director of Atlanta Homes & Lifestyles.

For Pamela Pierce, editor in chief and founder of Houston-based Milieu magazine, the choice to go forward with the magazine’s first-ever local showhouse next month came down to logistical concerns as well as its motivation to support a local charity (Clayton Dabney for Kids With Cancer) through ticket sales. The Milieu Designer Showhouse space was built as a spec home and was near completion when lockdowns started in March. Construction was never halted in Texas, so the house was finished without issue, and the builders are now eager to get it on the market. “Our builder is losing money every month she doesn’t sell the house,” says Pierce. “And so many sponsors had already donated product, not to mention the resources and time that our designers put into this. We had to be prudent about all of that.”

While Pierce recognizes that turnout will likely be more regional than originally expected, she looks forward to photographing the space for the fall issue of Milieu. “We were expecting people from the United Kingdom, Canada and all over America to come to Houston for this. Even though that’s no longer a possibility, it will still be beautiful, and people will be able to see the work these designers did.”

Kathryn M. Ireland, one of the 11 designers participating in the Milieu Designer Showhouse, is based in Los Angeles and is waiting to see whether the virus declines in the coming weeks before making a decision about attending. “It’s a shame that I’m not there to oversee the installation myself, but it is what it is,” she says. “I think we’ll still see a lot of people turning out to support it—I have clients in the region who are planning on going. People are going to have to be cautious, but I think by June we will all be used to social distancing and wearing masks. People have learned how to be safe very quickly.” 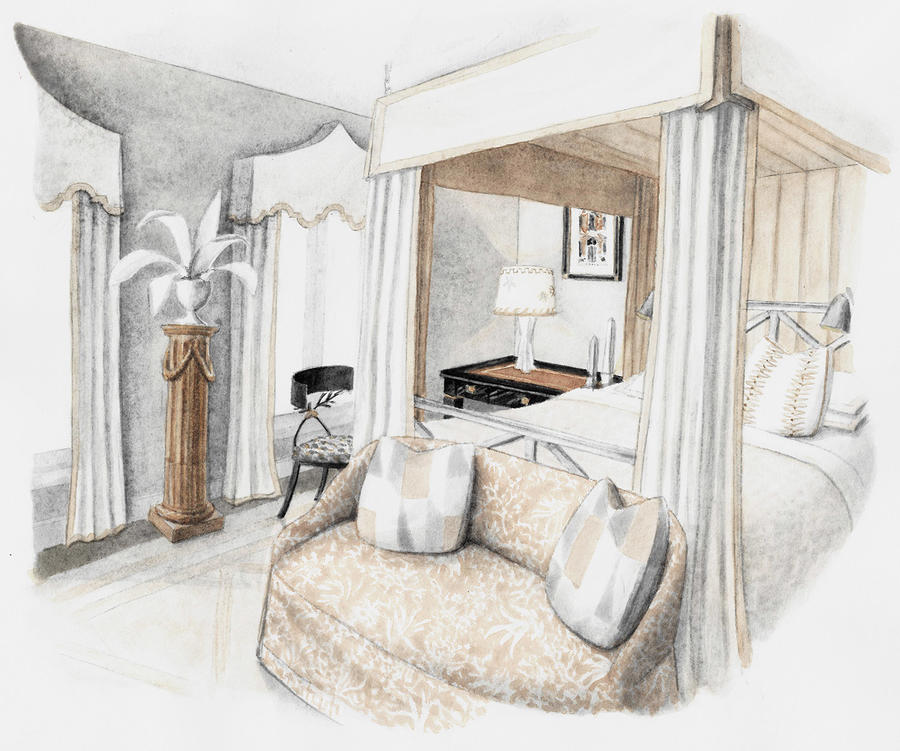 Ireland’s fellow showhouse designer, Toronto-based Colette van den Thillart, is definitely unable to attend, as Canada has extended its border closures through June. “I know it’s put a lot of pressure on the Milieu staff to oversee these installations without us,” she says. “But they’re taking great care of our work, and I am glad that I can be a part of something uplifting and charitable during this time.”

Beyond logistical considerations, designers working on showhouses have had to overcome delays in shipping and workroom closures, often adjusting their plans to get things done. “If they hadn’t postponed the showhouse, I would not have finished in time,” says Pickering. “There were some details I had planned a certain way, but I ultimately had to use stock that a local leather worker in Dallas had on hand because what I wanted wouldn’t have been able to ship in time.” Turning to local vendors helped Pickering finish his room, a campaign-style bedroom designed for a college-age man. “It may actually end up being more bespoke than I intended, because a lot of the larger manufacturers I was planning to use couldn’t ship from overseas,” he says.

Atlanta-based designer Amy Morris, who is joining Pickering at the Southeastern Designer Showhouse & Gardens, says that delays in shipping led to a difficult process of reselection for her room, which coincided with her team transitioning to working remotely. “Some of the showrooms we were planning to borrow furnishings from were suddenly concerned about loaning their floor samples, and understandably so,” says Morris. “With so many closures, they were unsure when their vendors would be able to get back into their studios and factories, so their floor samples became critical for continuing sales.”

Even for showhouses that have been postponed until fall, designers still face a tricky set of circumstances. Washington-based designer Melissa Colgan is set to participate in the Aspire Designer Show House in McLean, Virginia, which was originally slated to open this month and has been pushed back twice, now scheduled for late September. “At this point, there is no guarantee that the fall date will stick either, so we are all just in a holding pattern with storage units full of product and our workrooms mid-fabrication,” says Colgan. “Really, the biggest complication is the uncertainty and knowing I sunk a significant amount of money and time into it but am not sure when I will see the benefit.” 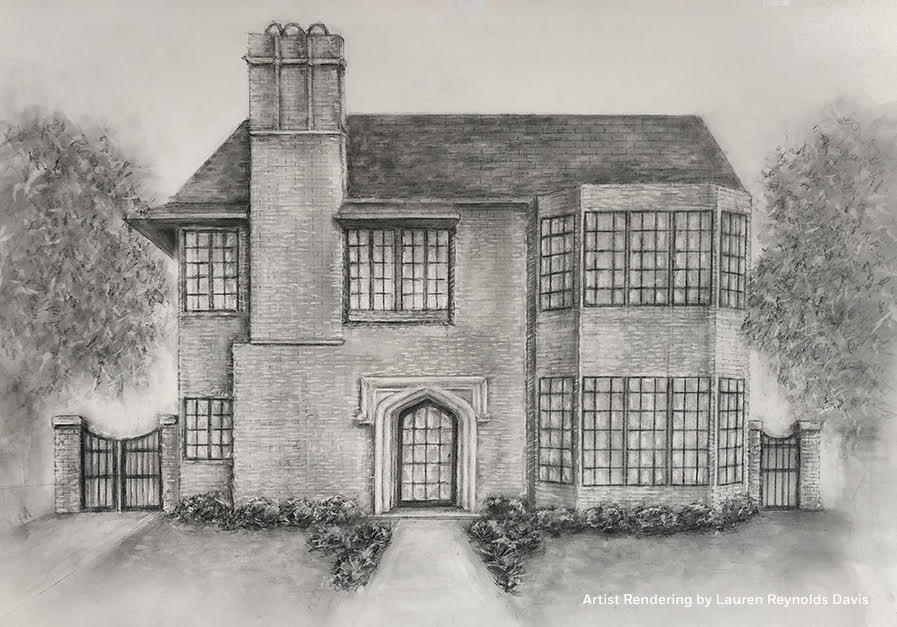 At least for showhouses postponed until later in the year, there is still a glimmer of hope. The Interior Design Society Charlotte Showhouse, which opened March 14, suffered arguably a crueler fate than cancellation, opening for just one day before North Carolina went into lockdown. The organization is now offering pay-per-view video tours of the house, which is some consolation, but the short-lived event is a prime example of just how rapidly a situation can change during a pandemic.

While Pickering’s first showhouse experience will definitely be an atypical one, he has found reasons to be optimistic. “While I’m sure ticket sales will be down, I wonder if the reach will actually be wider than it might have been, because we’re having to get creative,” he says. For his part, Pickering plans to do Instagram Live videos and Zoom tours of the space he designed. “The fact that my room could be circulated more widely outside of just Atlanta—that’s one positive aspect of this situation.”

Homepage photo: A rendering of a bedroom by Colette van den Thillart and Nicky Haslam for the Milieu Designer Showhouse | Courtesy of Milieu