Multitalented people are hardly a rarity these days, but Colin King’s unique blend of skills deserves special mention. Before breaking into the world of editorial styling (he has worked with everyone from Architectural Digest and Vogue Living to Roman and Williams Guild), King was a classically trained dancer. Now, he’s executing another career pirouette: product designer. 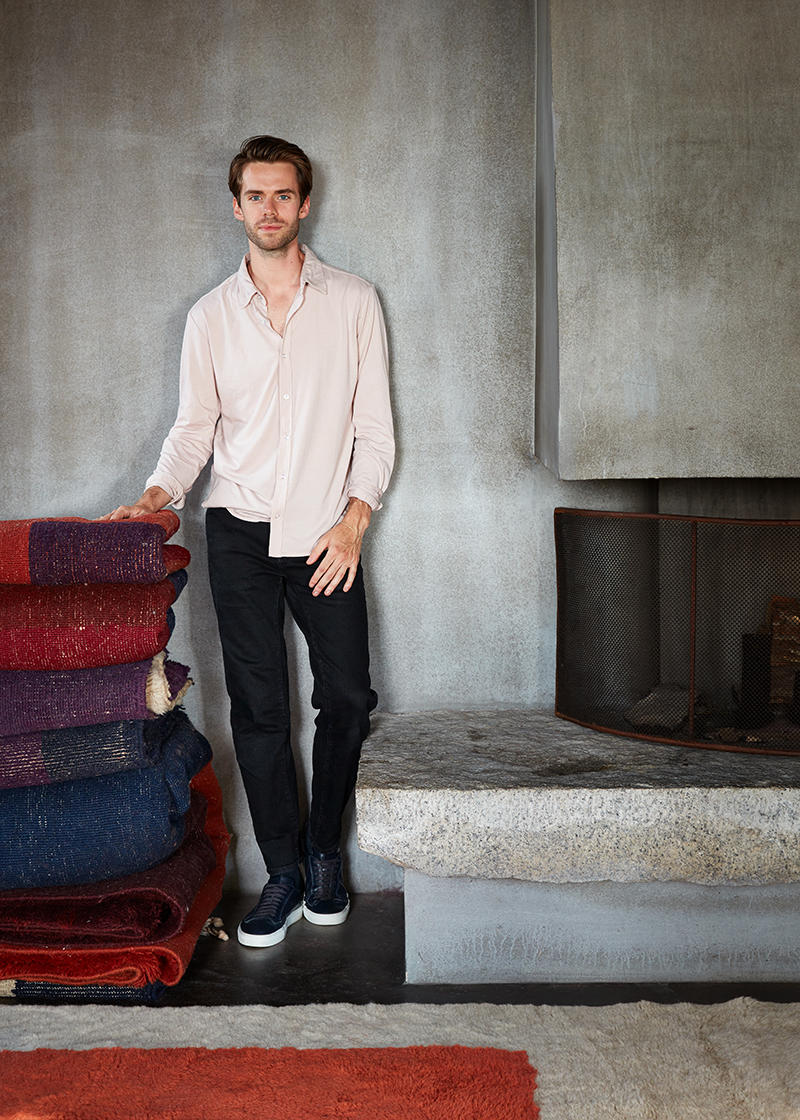 King’s path has been a windy one. The Ohio native began his classical dance training in Columbus before moving to New York to complete his degree in jazz dance performance in 2010. A professional dance career brought him to Los Angeles, where he soon began working as a personal trainer for fitness entrepreneur Tracy Anderson. It was through those clients that King was exposed to the high-end residences of well-heeled Southern Californians. Intrigued, he took a job managing social media for a residential interiors firm in L.A.—a role that allowed him to engage more directly with photo styling.

“They had a little brick-and-mortar store, so I just started putting things together and taking pictures—that really honed my eye and point of view,” King tells BOH. A year later, he found himself back in New York, splitting his time between training private clients and running social media for One Kings Lane. “I was doing their social media and content, then started working with photographers and going on editorial shoots as a stylist,” he explains. “There was no money in it—I was lucky to even get credit, I just wanted to be a part of it.” To secure his foot in the door of shelter magazines, King tapped into the network that he’d built over the years, pitching people’s homes contingent on his styling them—and it worked.

Wunderkind is a word commonly tossed around Colin King, pointing to his steady success and prolific editorial touch. In addition to styling the homes of celebrities like Drake and the Kardashian-Wests, he’s also been behind the visual campaigns of some of the industry’s most beloved brands, including Hay, TRNK and Benjamin Moore. A visit to his Instagram profile reveals a keen and artful eye, characterized by dramatic shadows and a penchant for a dark color scheme, a quality that King ascribes to his dance background. “Dance gave me a different language and taught me how to express myself and tell a story without saying a word, and today I do the same—express and communicate my experience through a visual art form,” he says.

Last week, King launched his first-ever product line in collaboration with Beni, a U.S.-facing rug company based in Morocco. The relationship began back in 2018, when Beni Rugs asked King to style one of their collections in Marrakech, and the stylist was amazed by the vibrancy of the country. About a year later, when Beni co-founder Robert Wright proposed a debut collaboration for the brand, King accepted. “I’ve never done a product collaboration, [and] this is Beni’s first, too. We wanted to do it right,” he says. 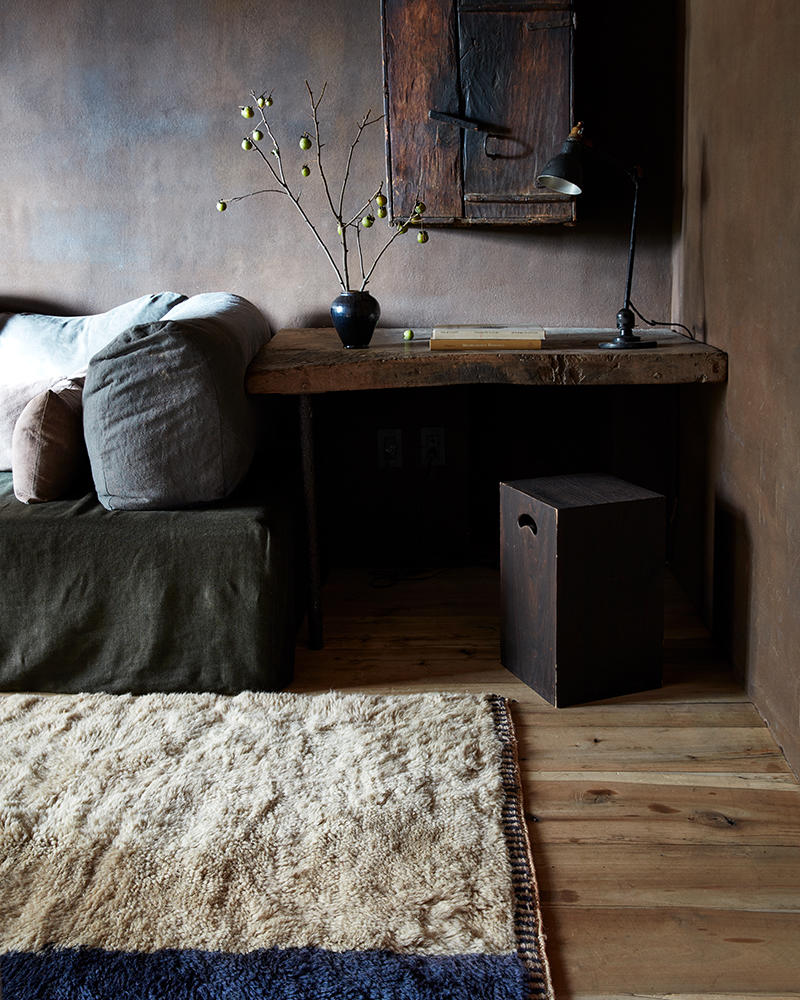 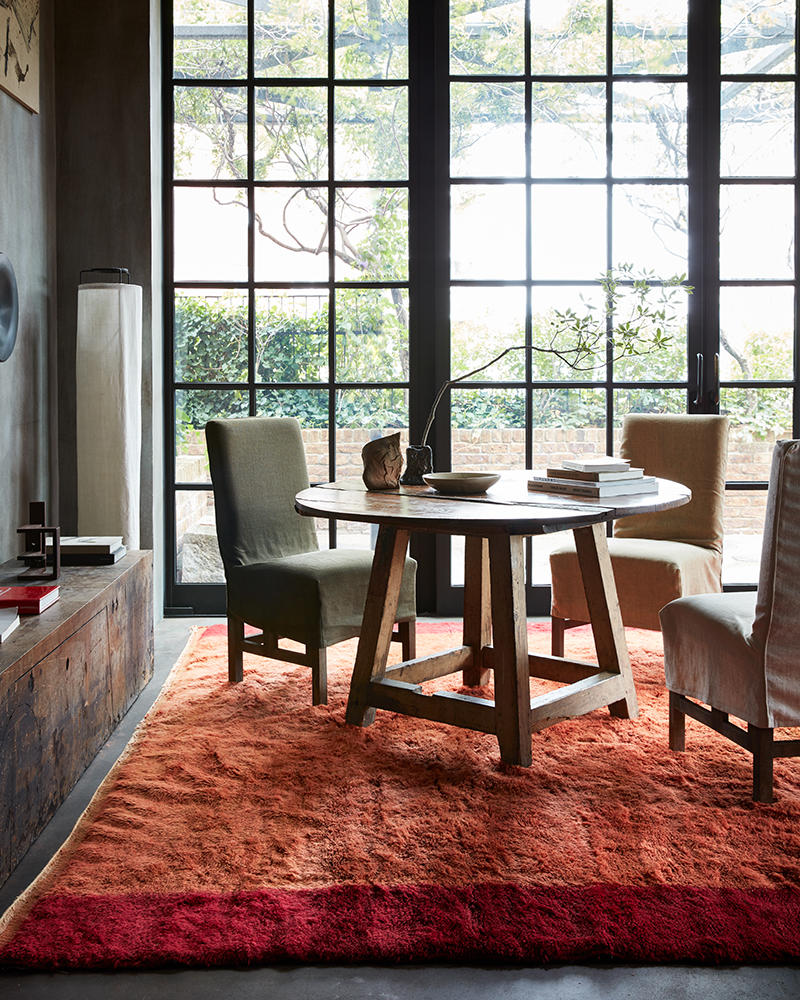 The eight-piece collection features simple geometric forms, heightened by a bold color story—a slightly unexpected move, considering the dark-neutral palette that dominates King’s existing portfolio. From the outset, though, he knew that he wanted to turn toward the very element that for so long he had shied away from: color. “When I started out, I was so hesitant with color,” he explains. “Color’s hard. It has this weight, this density and vibrancy that can be difficult to place three-dimensional objects on. It always felt like neutral was the way to go.” Drawing inspiration from the Moroccan landscape, however, King felt that the hues added a necessary sense of vibrancy, accomplished by a carefully calibrated palette. It follows that the collection, named The Shape of Color, also looks to the tradition of color-field painters like Mark Rothko and Josef Albers—in King’s eyes, the rugs almost read like paintings on the floor.

The collection, like most things, was impacted by the pandemic. Originally, the line was scheduled to be photographed in Copenhagen before its release this spring. “It was super important for us to take these rugs out of Morocco and have them experienced elsewhere, so their audience could see them in a different setting,” says King. With the shutdown, however, the possibility of shipping the rugs overseas—let alone organizing a set crew—faded from view. King and the Beni team decided to wait, and then pivot. Instead of Denmark, the rugs made their way to New York, where they were shot in the Axel Vervoordt–designed penthouse suite at the Greenwich Hotel.

King’s successful foray into interiors styling, and now product design, speaks to a broader awareness that he brings to his practice—a dancer’s understanding of the power in stillness. “The attention to detail, the nuanced gestures [and] the spatial awareness are carried through in my work,” he says. It’s as though King has made an unspoken promise to the forgotten corners of the home, transforming them into moments worthy of our attention.