Reese Witherspoon teams up with Havenly, Cambria and Cosentino settle dispute, and more

Antique hunters can rejoice, as the pandemic seems to have triggered a wave of decluttering—and in turn, unleashed a treasure trove of hidden gems. Stay in the know with our weekly roundup of headlines, launches and events, recommended reading, and more.

Facing a historically tight housing market, millennials—the majority of whom are strapped with student loan debt and getting married later in life than previous generations—are increasingly opting for nontraditional routes to ownership, namely by pooling their resources with partners, friends or roommates. The Wall Street Journal reports that millennials became the largest share of home buyers in the U.S. in 2014—since then, the number of co-buyers with different last names has increased by 771 percent, according to data from real estate analytics firm Attom Data Solution. COVID, meanwhile, has only furthered the trend, as 11 percent of millennial home buyers purchased as an unmarried couple during the early pandemic months compared to 9 percent the previous year.

Manufacturing in Vietnam is not expected to reach full operations for another three to six months, according to the Vietnam Administration of Forestry. Home News Now reports that the announcement means retailers should not expect the flow of goods to be consistent until next spring at the earliest. The issue remains rooted in the country’s too-low vaccination rates. While 100 percent of the population in the central Ho Chi Minh City district has received at least one dose, rates are lower in the four surrounding provinces, where much of the industry’s furniture is made.

Common, the residential brand that designs, leases and manages multifamily build-to-rent and co-living properties in the U.S., has announced plans for international growth through expansion into the U.K. market. According to BTR News, the company expects to open a minimum of 3,000 apartments in the U.K. by 2023, building off of six years of growth in the U.S. market, where Common has more than tripled its portfolio since early 2020.

Quartz surfaces providers Cambria and Cosentino have settled the patent infringement lawsuit filed by Cambria in September 2020. The suit sought damages and an injunction on products that allegedly infringed on Cambria’s patented technology for producing quartz surface products with veining. The terms of the settlement were not disclosed, though a press release issued by Cambria indicated that the Minneapolis-based manufacturer had been “fully compensated.”

Home Depot will soon offer same-day and next-day delivery after joining Walmart’s delivery-as-a-service business, Walmart GoLocal. According to Modern Retail, the operations will be carried out by a combination of associates, gig workers and other delivery companies contracted by Walmart, which aims to eventually recruit other retailers into the program. For Home Depot, the partnership falls in line with efforts to improve digital and professional contractor offerings—and provides a leg up on its main rival, Lowe’s, which does not offer the same rapid delivery options. Though Home Depot is initially rolling out the feature in select markets, it has plans to expand nationwide by the end of 2021.

MGAC, the North American-based owner’s representation, project and cost management consultancy, has announced the acquisition of U.K.-based property and construction consultancy Robinson Low Francis (RLF) in an all-cash purchase for an undisclosed price. The 136-year-old company’s existing 100-person staff will be retained following the acquisition, though current RLF managing partner David Thomson has announced his retirement, and executive partner Sean Clemons has been chosen as his successor. With the deal’s completion, MGAC will house 270 employees in 10 offices across two continents, for a combined business turnover of $75 million.

Interior design company Modsy has released the results of its Interior Wellness Report, which surveyed more than 1,500 respondents for a glimpse at the connections between design, health and happiness. One key finding was the emphasis on home as a safe haven, with 54.7 percent responding that they wanted to feel calm in their spaces as opposed to energized—tranquil shades of blue, white, green, black and brown topped the list of favorite hues.

E-design service Havenly has partnered with Reese’s Book Club (helmed by actress and entrepreneur Reese Witherspoon) to create a new home category geared toward creating at-home reading rooms. Customers will be able to visit a site to take a style quiz and match with an interior designer, who will create 3D specifications and a curated shopping list of furniture to bring their literary nooks to life.

Fast-fashion retailer Forever 21 has announced its expansion into the home sector, releasing more than 200 SKUs in its debut collection. Items span categories such as bedding, kitchen and dining, lighting, bath, office, electronics and accessories—including string lights, rainbow keyboard covers and avocado-shaped pillows—and will be updated seasonally. 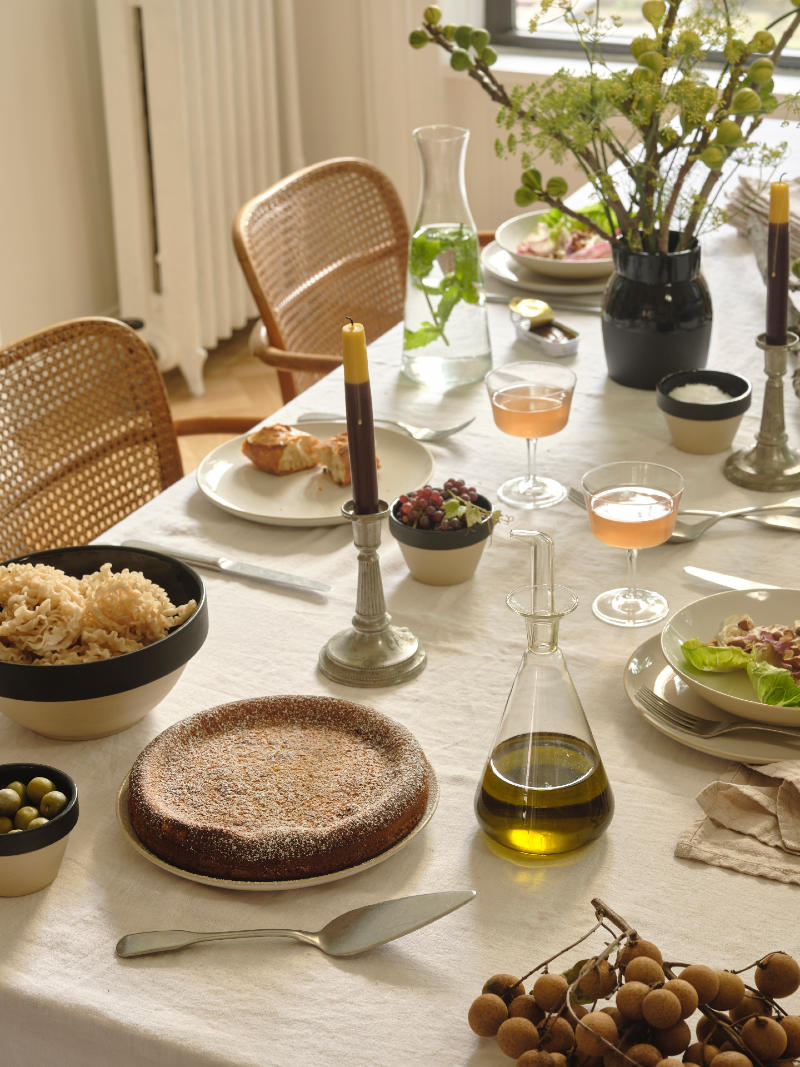 West Elm Kids has launched a collaboration with Netflix for an exclusive home collection inspired by the upcoming children’s TV series Ada Twist, Scientist. The show is adapted from the popular Questioneers series chapter book that follows the 8-year-old Ada as a pint-sized scientist. The resulting 10-piece gender-neutral assortment includes an Ada-shaped pillow, wallpaper, a desk caddy, wall hooks, bookends and more.

Jan Showers’s to-the-trade furniture and lighting line, the Jan Showers Collection, will now be sold directly to customers exclusively from her showroom, rather than at the previous eight different showroom locations that had carried the products.

While the pandemic has prompted a boom in online shopping, it has also caused returns to skyrocket. Once those items are sent back, however, it’s not often that they end up in the hands of their next loving owner. Instead, they’re often fated for incinerators, landfills or bulk resellers—part of a process that is far lengthier and more wasteful than most consumers will ever know, The Atlantic’s Amanda Mull reports. As Tim Brown, the managing director of the Supply Chain and Logistics Institute at Georgia Tech says: “Reverse logistics is nasty.”

Most toasters start out working like a dream—after a few months or years, however, operations seem to consistently go south. For The New York Times’s Wirecutter, Michael Sullivan gets inside the issue (right down to the electronic circuitry) to figure out why toasters tend to lose their spark—and shares which appliance could be a more reliable long-term bet.

New England Home has announced this year’s inductees into the New England Design Hall of Fame, honored for their exceptional careers in the region’s residential design industry. The winners include Adolfo Perez and David Scott Parker in the architecture category, Lisa Tharp and Jean Verbridge for interior design, Steven Siegel for structural engineering, and F.H. Perry Builder for building.