When Malene Barnett founded the Black Artists + Designers Guild in 2018, she did so to create opportunities and visibility for its members. Four years later, the New York–based group has done just that, becoming a mainstay at industry events like High Point Market; creating a virtual concept house, Obsidian; and netting collaborations with S. Harris and Pottery Barn. Tonight, the ever-evolving organization will debut its first awards ceremony, BADG of Honor, presenting five awards to Black creatives from the worlds of art and design.

“We wanted to have an event that really honored the visionaries who are aligned with our mission and keep creating spaces to celebrate Black creativity and culture,” says Barnett. “We’ve been thinking about that [while] also understanding that there have been many individuals and organizations who have been doing the work before us and alongside us. It’s a collective effort, and we wanted to celebrate all of that.”

With that in mind, BADG will present five awards: The Collective Circle Award, which honors organizations that provide space for Black artists and designers, will go to Mashonda Tifrere, the founder of ArtLeadHer, a Brooklyn-based nonprofit that provides opportunities for women in the visual arts; the Founder Award will go to landscape designer Walter Hood of Oakland, California–based Hood Design Studio; the Education Award will go to Dori Tunstall, dean of design at Ontario College of Art & Design University; and the Legacy Award will be presented to Franklin Sirmans, the director of Perez Art Museum Miami.

The final award, the BADG Maker Award, will go to one of five nominees—Kesha Franklin, Breegan Jane, Karen Revis, Cheryl R. Riley and Jomo Tariku—who were nominated by their fellow members and will be announced during the event. “After our members voted on nominees, we put it out to the public, who has ultimately decided who the winner will be,” says Barnett. “That award is going to a member who really speaks to our mission, and who’s been taking ownership of the narrative around our ancestral legacies and thinking about their studio practice from more of a laboratory standpoint.”

BADG has evolved over the years to focus on three overarching initiatives: BADG Lab, which comprises big-picture projects like the Obsidian Virtual Concept House; BADG Lifestyle, which focuses on collaborations like lines with S. Harris and Pottery Barn; and BADG Education, which focuses on grants and residencies. Barnett sees BADG of Honor as a way to bring all three branches together and celebrate the success of each.

“When I think about our mission, we started out focusing on equity and inclusivity, but it’s always been rooted in celebrating Blackness,” says Barnett. “I think, over the last four years, it’s not that the mission has evolved, but I think we have evolved, [along with] the type of opportunities that we’ve been creating [for the broader public, and] not only for our members.”

The immersive event will feature design and art from BADG members, as well as an auction with items from members and outside donors that will raise funds for the guild’s educational initiatives, including a new grant that will be formally announced during the celebration. “We want to be able to support artists—not just those with studio practices, but those with ideas that really help to celebrate and expand on Black diasporic experiences,” says Barnett. “We’re looking at BADG of Honor as a fun, beautiful, moving, touching experience, and we want the whole design community and beyond to really see the impact of our work and to join our family.”

Homepage image: A rendering of the Obsidian Virtual Concept House | Courtesy of BADG 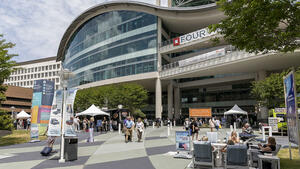 High Point debuts a new voice for diversity at Market 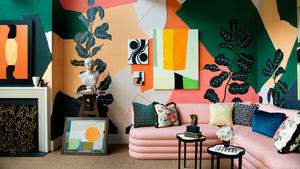 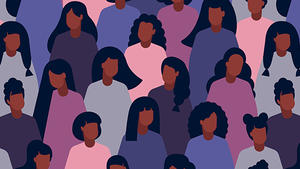 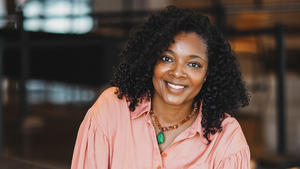 Marie Cloud is High Point x Design’s first diversity and inclusion officer. Here’s what she wants to do

The biggest names in design are collaborating on a diversity initiative. Will it work? 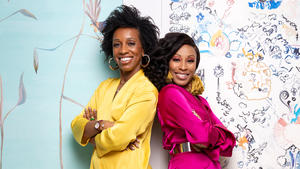 BIDN’s leaders on racial equity in design right now: ‘We’re so far behind’