High Point debuts a new voice for diversity at Market

At this fall’s High Point Market, visitors may notice a new name among the show’s many hosts and happenings—unlike the others, this one aims to transform the design organization from the inside out. The Diversity Advocacy Alliance, a 14-person organization established in partnership with High Point Market Authority, will make its debut with an inaugural panel discussion and subsequent networking event, where it will position itself as an agent for change in the experience of the BIPOC community at Market and welcome new connections for expanding its mission.

The organization’s journey began in August 2021, when High Point Market and Esteem Media’s announcement for the lineup of a design influencers tour—consisting of nine white women and one white man—caused an uproar on social media for the roster’s lack of diversity. In the wake of the controversy, many design professionals took to social media to express their disappointment, urging High Point Market to seriously examine its commitment to diversity. To rectify the immediate situation, the organization issued an apology and altered the tour’s lineup to include a more diverse set of influencers.

At the suggestion of some design professionals, High Point Market also took things a step further, assembling the group of designers, home furnishings leaders, students and editors that would ultimately form DAA. The group then appointed product development and design consultant Patti Carpenter to lead the long-term effort toward improved diversity, equity and inclusion practices within the organization. As Carpenter explains, the goal of the DAA is not only to amplify BIPOC voices at High Point Market, but to create the conditions that will allow all businesses to flourish.

“It's not just about visibility within the marketplace, but it’s also this sense of support—it’s one of those things that helps people build businesses, gets your practice seen, makes magazines want to talk to you, allows you to be invited to speak on a panel,” says Carpenter. “Those things happen when you recognize that there’s more than just this core community that has been upheld to this point.”

While DAA will host events for the design community throughout the year, a large part of the group’s efforts will center on improving BIPOC designers’ experiences within showroom spaces. The issue of BIPOC designers receiving poor treatment—whether by having their credentials doubled-checked, being ignored by sales associates or fielding unnecessary questions about their spending habits—quickly came to light as a common experience when the community exchanged their stories in the wake of the aforementioned controversy, a point that DAA founding members reiterated in initial group meetings with High Point’s leadership.

Founding member DuVäl Reynolds recalls entering High Point Market with his then-assistant, who was white, and realizing that vendors frequently spoke to her first—a clear indication that a culture shift was needed. “Things like that make you feel like you’re not actually the one invited—like you’re the guest of a guest, [instead of] having a stake in the community,” says Reynolds. “You cannot maximize the potential of Market if you feel like you don’t have credible access to what it can offer.”

In its earliest iterations, even the group that would eventually become DAA required some internal reshaping by its initial members to ensure that the organization accurately reflected the racial diversity of the broader design community. Carpenter notes that while the individuals invited to the earliest DAA meeting consisted only of Black people, the group self-corrected to ensure that its members were more representative of a broader scope of identities—in keeping with that, the inaugural group members include Carpenter, Reynolds, Christi Barbour, Everick and Lisa Walker Brown, Benjamin Johnston, Dudley Moore, Rachel Moriarty, Tiffany Parsons, Ashley Ross, Victoria Sanchez, David Santiago, Alex Shuford and Carisha Swanson.

“Each of them brings something different to the table,” says Carpenter. “This is about the BIPOC community, so that there is this sense of inclusion—and not just being included, but being valued, being heard and being part of it.”

Reynolds points out that understanding diversity in design also means looking at the full scope of experiences that may affect a person’s interactions at Market, including race and extending beyond it too. For example, the challenges that those with disabilities may have when navigating the often-complicated terrain. It’s a perspective that demands an even greater overhaul of everyday practices at High Point, he says.

While ushering in a more accessible atmosphere for BIPOC designers at Market may seem like a somewhat abstract goal, the group is also focused on implementing concrete initiatives to meet their objectives. By enlisting locally based social innovation firm Change Often as a facilitator at the organization’s strategy sessions, the group has identified five specific categories to focus on—showrooms, buyers, the public, students and marketing—and have begun to formulate ways to promote diversity, equity and inclusion at each level. While acknowledging that there’s only so much a top-down approach can do to ameliorate an unwelcoming showroom environment, initial ideas include providing DEI training for vendors, gathering data on the value of doing business with BIPOC communities and creating a signage system for showrooms to display progress toward DEI values or to signify a minority-owned business.

Beyond the showroom level, the group is also focused on starting conversations around the cultural use of certain design pieces and how to handle them with respect to their communities of origin. DAA member and interior designer Ashley Ross of Charlotte-based Muse Noir Interiors describes a recent incident when a stool traditionally reserved for kings and queens in Eastern Africa was misused as an everyday ottoman by one design company. While her own experience with High Point has sometimes left her wanting more (two years ago, she asked Market leaders for a map to the organization’s BIPOC vendors, only to discover no such list yet existed), Ross stresses the importance of High Point Market in building her own business—and the potential it has to springboard the next generation of design entrepreneurs.

“Regardless of who you are, what background you have, where you are in your career—opening those trade accounts is the meat and potatoes for [design] businesses,” says Ross. “Muse Noir Interiors is young, but people often don’t realize how young it is, and I think a big part of that is because of the relationships I’ve built at High Point.”

As Carpenter explains, though DAA has kicked off at High Point Market, the group hopes its mission could potentially expand to other major markets across the country—part of the reason why members included the term “alliance” in the organization’s title. Additionally, although the current board of DAA has signed on for one- to two-year terms, the group hopes to see the organization grow and evolve alongside the design community, acting as a representative for BIPOC visitors in particular to ensure the organization’s commitment to diversity, equity and inclusion extends beyond the present moment of focus.

“The idea is not to point the finger,” says Carpenter. “What we’re trying to do is say, ‘Here’s where we stand now, and how do we move forward in a better way in the future?’” 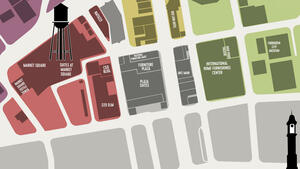 Treasure hunt: A handy guide to getting around High Point Market 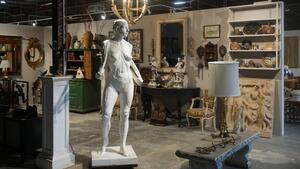 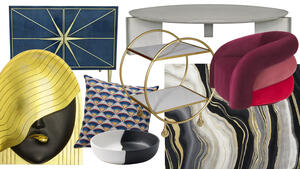 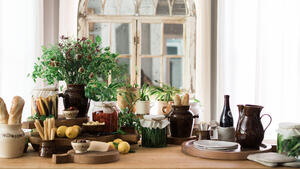 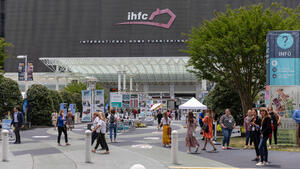 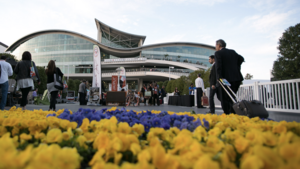