With the close of its sale of the collection of the late businesswoman and philanthropist Michelle Smith, Sotheby’s has set a new record for its design auctions. Sales netted $45 million, almost tripling the auction house’s presale estimate of $16 million.

Running for a total of 10 hours from April 16 to 21, the sale featured seven works by iconic design duo Alberto and Diego Giacometti and 11 by François-Xavier and Claude Lalanne, more famously known collectively as Les Lalanne. A bronze-and-suede bench by Diego Giacometti and a table lamp by Alberto Giacometti led the sale, each surpassing their estimates and selling for $3.3 million. Both sales were new auction records for the models. Benchmark prices were also set for pieces by Les Lalanne, including the Crocodile armchair, which sold for $2 million.

The runaway success of a sale focused on design, Taylor Dafoe wrote for Artnet, “lends credence to auction-house rhetoric that collectors are increasingly interested in buying across categories.” 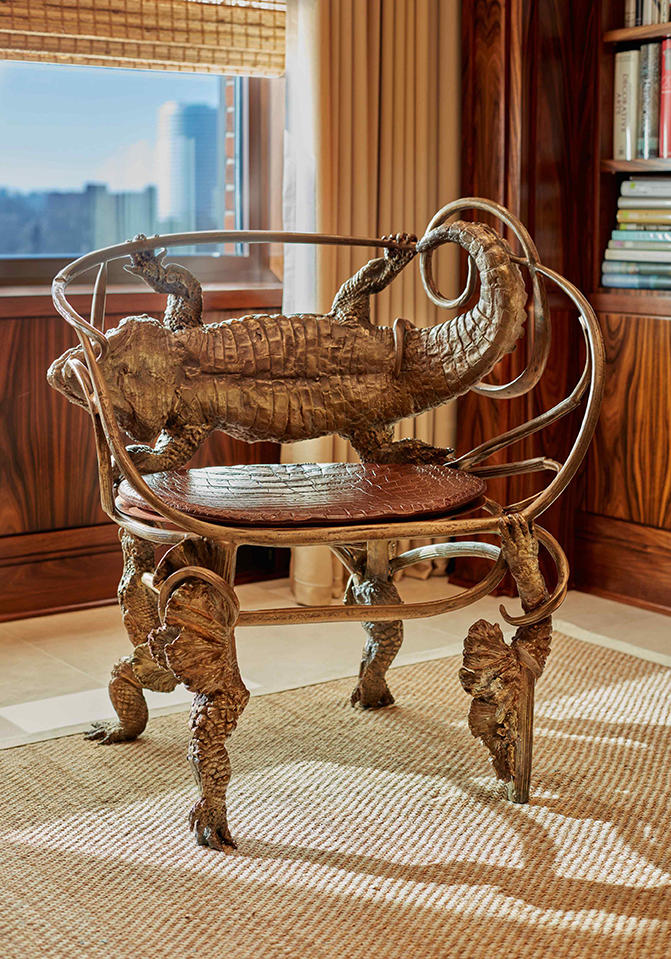 The Crocodile armchair by Les LalanneCourtesy of Sotheby's

“The tremendous results for the Michelle Smith collection are a testament to her extraordinary vision as a collector and her meticulous curatorial eye that transcended to each category she pursued,” Jodi Pollack, co-worldwide head of the Sotheby’s 20th Century Design department said in a statement. “We are thrilled to see so many new auction records for Alberto and Diego Giacometti, François-Xavier Lalanne, [and ceramic artists] Lucie Rie and Jean Besnard, among many other designers represented across this collection.”

Participation in the sale came from 576 buyers in 44 countries who drove 90 percent of the lots to achieve prices above their high estimates. For 20 percent of buyers, this was their first time acquiring items at Sotheby’s. In addition to the design works, the collection also featured an assortment of contemporary fine art from artists Antony Gormley, Edmund de Waal, Alexander Calder and Olga de Amaral, and jewelry from world-famous firms including Van Cleef & Arpels, Cartier, Bulgari, Belperron and Boivin.

Smith was a businesswoman, arts patron and philanthropist who became one of the Washington, D.C., area’s most noted figures, known for her exacting eye and dedication to championing artistic and cultural organizations. She infused her passion for art, architecture and design into her penthouse apartment at The Ritz-Carlton Georgetown, where her collection of art and design came together.