Has this Google alum finally cracked the code on e-design?

weekly feature | Sep 25, 2019 |
Has this Google alum finally cracked the code on e-design?

After the dramatic, slow-burning demises of e-design services like Homepolish and Laurel & Wolf, it’s easy to be skeptical of Livspace, the largest online home design platform in Southeast Asia. Haven’t we already seen how this story ends?

One key difference: Homepolish and Laurel & Wolf were founded by former interior designers with somewhat nebulous levels of experience; Livspace was started by a tried-and-true Silicon Valley engineer. Before launching the platform in 2015, co-founder Anuj Srivastava worked as the global head of product marketing for the e-commerce team at Google and spent some time developing Google Maps and the tech giant’s mobile pay function. His Livspace co-founder, Ramakant Sharma, was the vice president of engineering at Myntra, a leading fashion e-commerce startup in India that was recently acquired by Walmart subsidiary Flipkart. 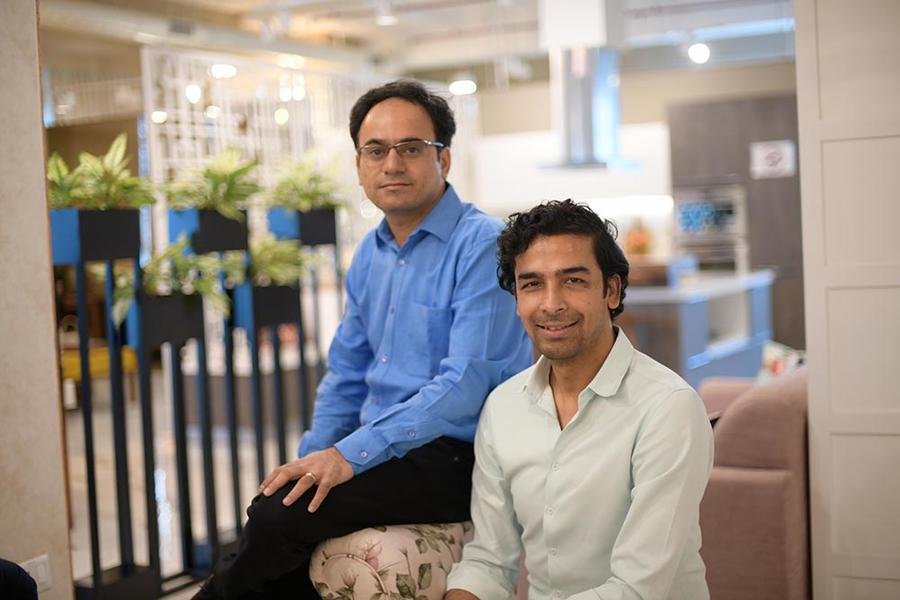 Equipped with years of engineering experience, Sharma and Srivastava decided to found Livspace after having painful experiences building their homes. Srivastava recalls one instance where the hardwood floor that his designer had chosen for his kitchen simply never came, leaving him genuinely shocked at how archaic the process seemed up close. “My poor designer took all the flack, but in actuality, there was very little that she could do,” Srivastava tells BOH. “There was no unifying technology that could tell us where or why this product had vanished from the supply chain.”

That lack of a so-called “unifying technology” is what led to the real innovation behind Livspace: a program called Canvas. From a consumer standpoint, the experience is very similar to American e-design services. You get matched with a designer and have the option to both meet in person and communicate online, you are pitched a concept, and then you let them oversee the rest, occasionally giving input on purchasing decisions. From the designer’s standpoint, however, Livspace is more comprehensive. Sharma and Srivastava created Canvas to bring the entire design process onto a single platform. A sort of digital assistant, the software offers designers four main functionalities: organize (schedule meetings, talk to customers, coordinate with contractors, etc.); create moodboards or search existing design concepts; present a 360-degree virtual walkthrough of the space; and get itemized quotes for pieces as you design. All of the purchasing happens within Canvas, from a library of several million pre-uploaded SKUs. There’s no vendor selection, only a selection of white label products.

It’s not just products that are integrated into the system. “General contractors and their services have been converted into e-commerce categories,” Srivastava says. “So, imagine if a designer is creating a false ceiling. They’ll create it in the model of the project on our platform and the materials needed to build it are converted directly into a shopping cart full of the products and services that need to be ordered. It even auto-publishes purchase orders to the general contractors and other subcontractors required.”

Livspace makes money from white labeled items (easily available due to the company’s proximity to India’s major furniture manufacturers) and contractor services that are purchased through the site. There is no design fee in the pricing structure. “E-commerce is our real model,” says Srivastava. “In fact, of the take we make, we share a 7 percent commission with the designer on whatever the total is.” 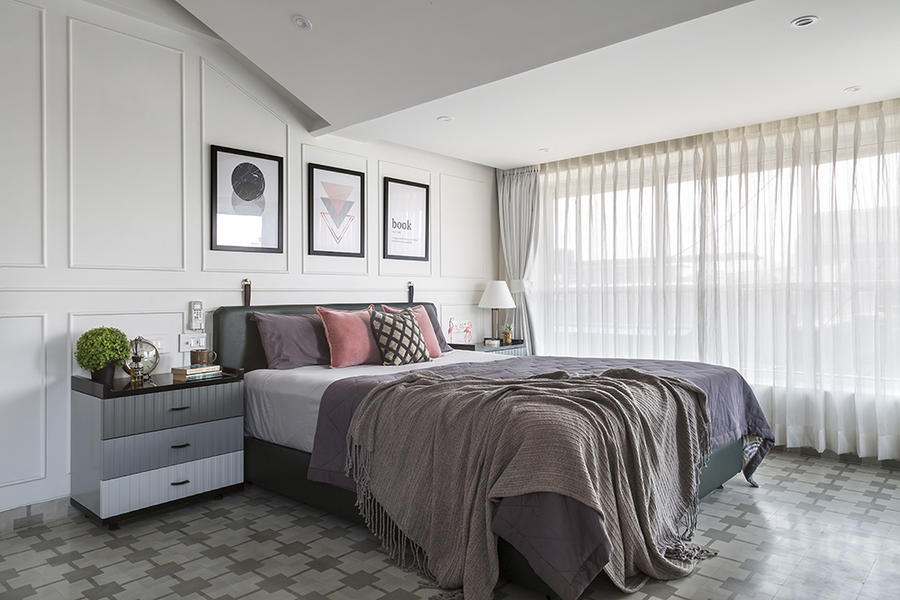 A completed Livspace projectCourtesy of Livspace

Srivastava estimates that there are currently between 3,500 and 4,000 designers working for Livspace, about 500 of them salaried employees. The others work on a contract or part-time basis. In comparison, at its peak, Homepolish had roughly less than 1,000 designers.

So far, Livspace has been a hit in India, starting in the country’s tech hub Bangalore and having now expanded to nine cities, including Delhi and Mumbai. The founders estimate they’ve had over 20,000 customers so far. The company has also developed four design centers, where customers can meet with their designer, test products, see materials, and take a virtual reality tour of their future home. “In a typical design process, your designer might take you to dozens of stores, and with our design centers, it’s all in one place,” Srivastava says. “We aim to have a design center within 30 to 40 minutes of every area we service.”

Srivastava is adamant that they could’ve launched Livspace in North America, but they chose India specifically for several reasons. The simplest is that Sharma was already based in Bangalore and had a network of engineers from his previous e-commerce startup that they could easily tap into. Factor in India’s booming middle class, the thriving tech community in Bangalore (which is not dissimilar to San Jose, California) and the fact that there was previously no e-design platform servicing Southeast Asia—it just made good business sense to start there.

It’s not only people in need of design services who have taken note of Livspace’s success. Earlier this year, the company locked down a whopping $70 million in series C funding from Goldman Sachs and TPG Growth, and it announced a partnership with IKEA, a feat accomplished after Srivastava messaged an exec on LinkedIn. “It took us awhile to actually get in front of them, but when we started talking, the complementary elements were so perfect that they came back and said they’d love to join us as investors,” he says. “We’re now thinking about how we can integrate their catalog into our marketplace in addition to a more significant conversation that’s happening about how they can use the technology we’ve created. The exact shape that will take is still being decided.” 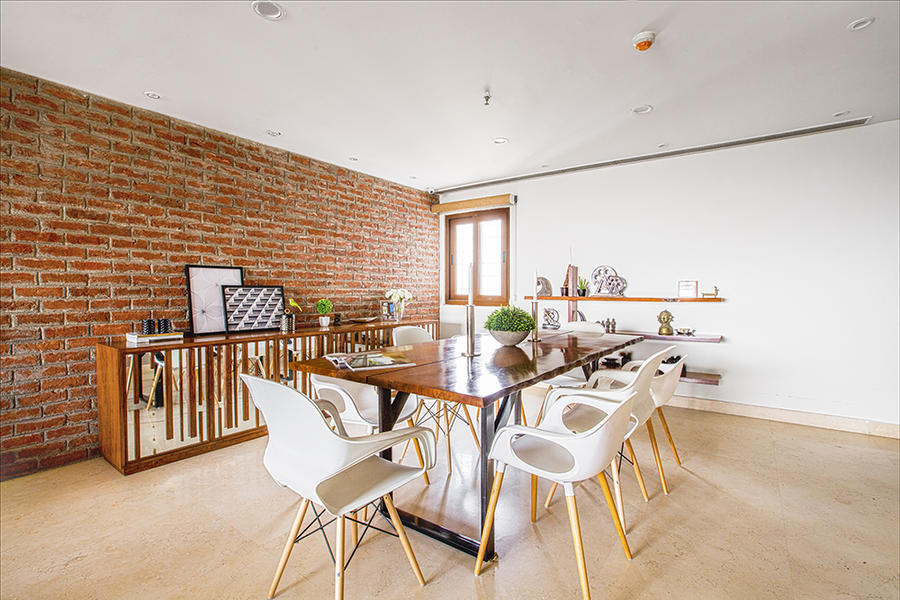 A completed Livspace projectCourtesy of Livspace

With such substantial funding secured, Livspace is now focusing on expanding into new territories. First, they’ll move into more cities in Southeast Asia, before targeting Australia. They’ve already got their eye on North America—but don’t expect to see Livspace in New York or Los Angeles anytime soon. Just as they zeroed in on the tech-savvy residents of Bangalore, Srivastava pictures booming tech areas like San Jose, Denver and northern Virginia as the ideal entry point into the American market. “It makes sense to go where people are already more comfortable online than offline, and where you have a large amount of technology workers who are also likely first-time home buyers. They [already] use Amazon and Uber—they’re not used to having to shop in the real world.”

In addition to a clear sense of who the company’s customer is and where to find them, Srivastava is confident that Livspace has built a business model hardwired for success and growth. “Our thinking is that you launch it in these areas when you have your supply chain really well oiled. That’s the principal reason a lot of these other companies didn’t work out,” he says. “We all know what happened to Laurel & Wolf; there’s not one competitive company that we haven’t looked at, but we always walked away concluding that, given the business models and the tech integration, it was not of the nature of any of them to actually become large companies. So, we’re just doing it our way and we’re going to make sure we’re doing it extremely well.”