Brian McCarthy: ‘You’re only as good as the time you put in’

Brian McCarthy’s career began with a bang. Right out of Pratt, he was hired at the legendary design firm Parish-Hadley—widely considered to be the best in the world at the time. How did he get the job? A good portfolio, yes. A can-do spirit, sure. But the deciding factor, according to the designer, was a little more cosmic. 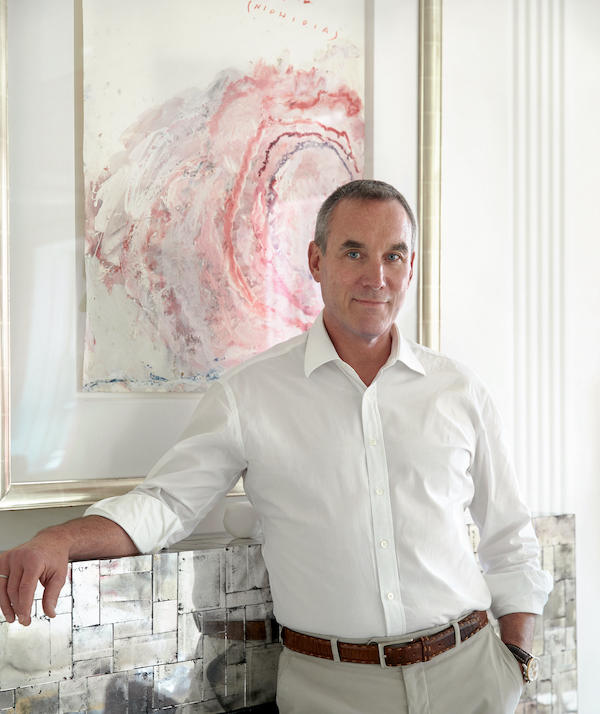 “I got a call from [Albert Hadley’s] secretary, and she said: Mr. Hadley wants to know your birth date and time of birth,” McCarthy tells Dennis Scully on the latest episode of The Business of Home Podcast. “It turned out he was into numerology and had whittled it down to two of us, and I guess my numbers added up better than the other person’s.”

McCarthy’s hiring might have been written in the stars, but what he did with the opportunity was simply a matter of hard work. Parish-Hadley was a hothouse for burgeoning design talent, and he was working alongside future luminaries like Bunny Williams and David Kleinberg. He quickly rose through the ranks—a fact he attributes to his old-fashioned work ethic. “As my mother would say, you’re only as good as the time you spend on things,” he says. “A great part of our success there was learning the trade, learning the principles, learning the foundation. There’s no abbreviated way to do that.”

When McCarthy went out on his own in the early 1990s, there was a bit of Sturm und Drang surrounding his departure (Hadley was supportive, Sister Parish not so much). He himself was apprehensive, but he needn’t have worried. McCarthy went on to a sparkling solo career, earning a place on both the Elle Decor A-List and Architectural Digest’s AD100. Fittingly, last year, he was recognized with an accolade named for his first mentor, the Albert Hadley Lifetime Achievement Award. But McCarthy cautions, all the honors in the world don’t save you from difficult clients.

“I met with this potential client a month ago,” he says. “It’s a 13,000-square-foot house and she kept referring to it as though it was a 2,000-square apartment. She threw out, ‘We want to do it in six months, and by the way, we’re gonna live there.’ I said, ‘That’s impossible.’ She said, ‘Don’t you work with ready-made?’ and I said, ‘Ready-made? Do you mean like Marcel Duchamp? For a house like this, you can’t imagine you’re gonna be going online and buying tables and lamps—I wish my job was that easy.’”

On this episode of the show, McCarthy shares tales from a storied career (including an incredible yacht project), explains how he vets clients, and unlocks the secret to building a great design team.

Listen to the show below. If you like what you hear, subscribe on Apple Podcasts or Spotify. This episode was sponsored by Crypton Home Fabrics and Hooker Furniture.