Brian J. McCarthy on receiving an award named after his mentor

Before opening his eponymous firm in 1992, Brian J. McCarthy spent his early career at legendary design firm Parish-Hadley. Since the early ’90s, he has created private residences across the world, from Pebble Beach to Gstaad to the private quarters and state rooms in Winfield House, the U.S. Ambassador’s official residence in London.

On March 3, McCarthy’s career will come full circle, as the New York School of Interior Design presents him with the Albert Hadley Lifetime Achievement Award. Ahead of the award, which will be presented at the school’s annual gala, BOH spoke with McCarthy about his time at Parish-Hadley, his career highlights and what’s next.

How does it feel to be getting this award?
It’s shocking in the best possible way, because you never imagine these things. I think what’s more shocking is just the number of years ago that I started at Parish-Hadley. It goes by so quickly that you sort of get caught in disbelief—that life is so short in a way. It’s certainly by no means the end of the road, but getting a lifetime achievement award makes you just reflect and think about how you have actually been around a long time. 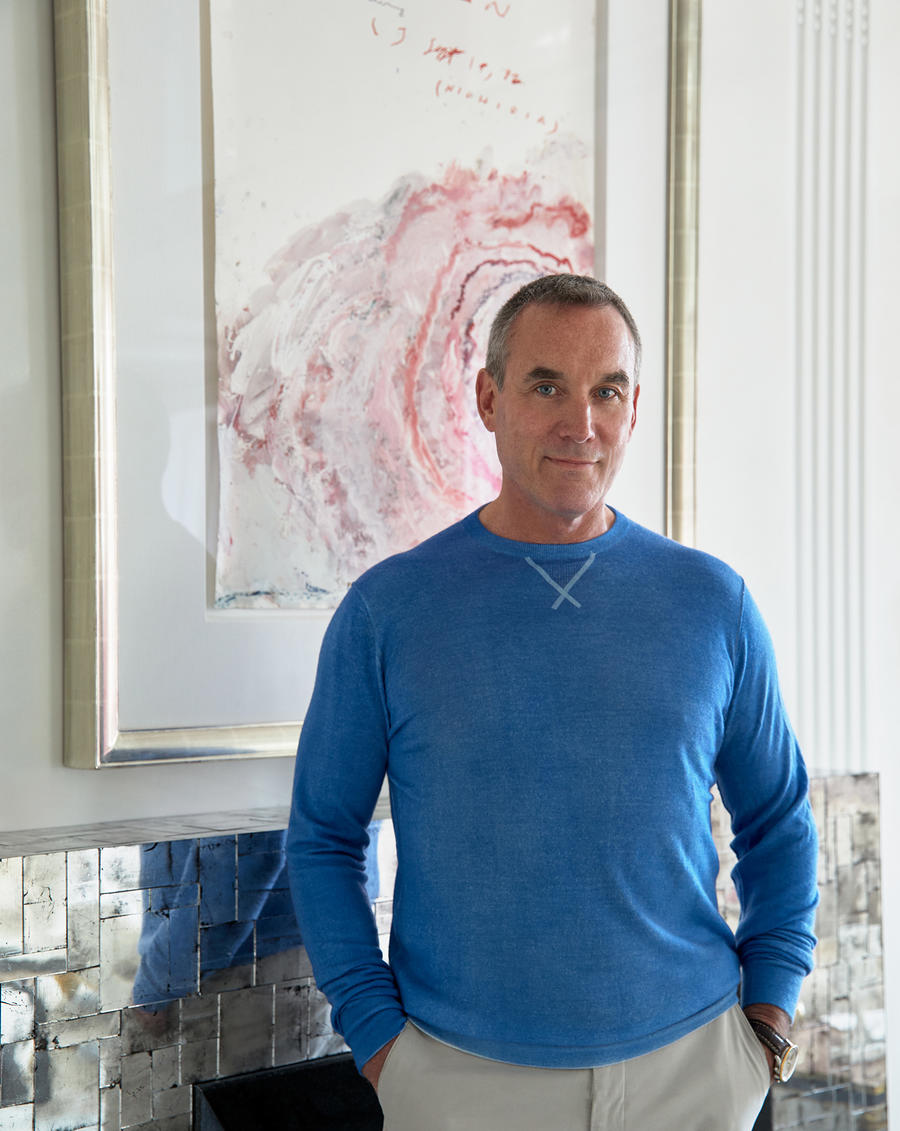 You started your career at Parish-Hadley. What were some of the most memorable moments of your time there?
Well, Albert Hadley was such an incredible gentleman and he was so of the mindset that you must be involved in every aspect of a project and really get to know the clients. You’d be having discussions and Albert would be sitting at his desk and he’d be doing these little drawings of what the Roman shades would look like. He was masterful in that sense.

What did you learn from that attention to detail?
I think the takeaway from that was the process in which we learned to work and begin with organizing a project from point A to point Z. I honestly don’t remember any bad times there. I got on like a house on fire with Albert. It was an extraordinary time back in the ’80s. It was the heyday in terms of who Parish-Hadley’s clients were and their influence. There was just no other firm like it. And hence, the book that I did several years ago with Bunny Williams, Parish-Hadley Tree of Life. They really were this tree of life for all of us that worked there. And at its height in the mid to late ’80s, I think we were up to like 34 to 35 people, including a big design studio with the architects. We really had our finger in the pot, so to speak, in so many different ways. And learning like that, I just can’t imagine any other way.

How important do you think mentorship is in the design industry?
I think it’s the only way you get a foundation. It’s the only way you really learn. What I see so often today are young designers that are going out and starting their own businesses after two or three years of working, and that is just beginning to scratch the surface. But I also think that’s happening because in so many offices today, you’re relegating people to a more defined role. So, you don’t get the same well-rounded overview of the whole process of doing a job, and I think there’s a danger in that way of doing things.

Also, because of the internet now, everything is moving at such a quick pace that people don’t have time to really process things in the way they used to, and I think people learn less as a result of this instant access. The knowledge that you need really comes from experience, and it comes from getting out and seeing things. And back when I was starting out, it was all about being at the markets, shopping, seeing, touching. That’s how you learned, and everybody just going online and looking at pictures and buying from catalogs ... it’s just a different world we live in today. 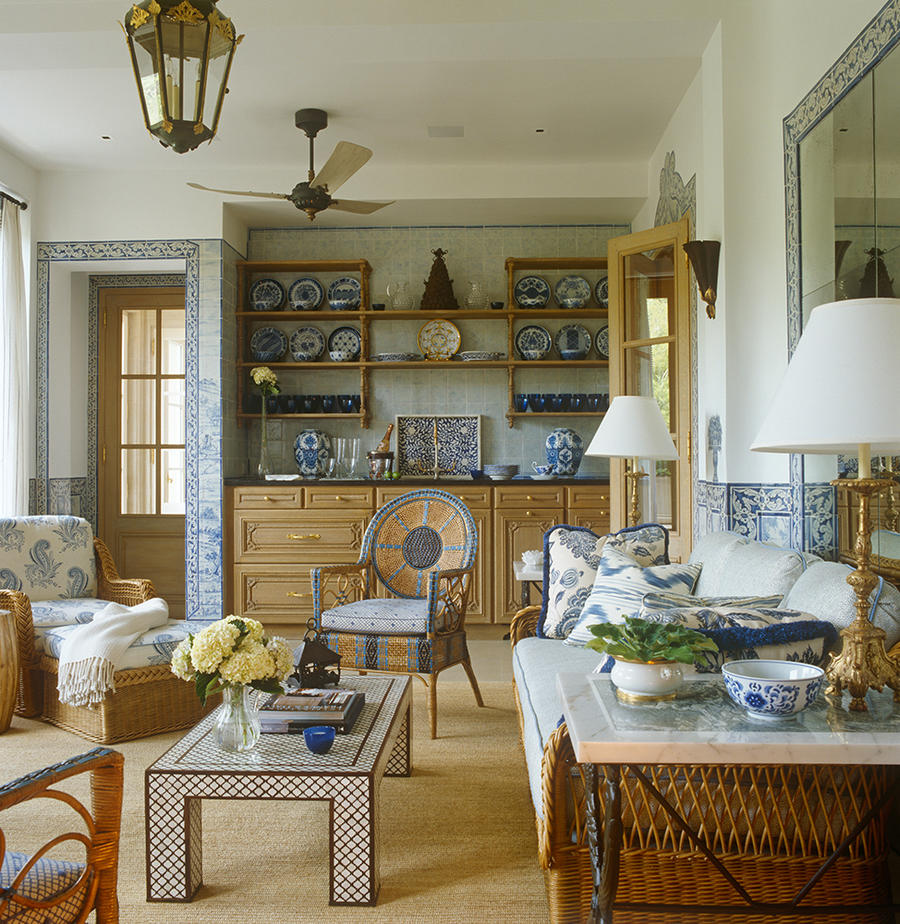 Since you launched your own firm in 1992, what have been some of the highlights of your career?
Well, A, having some incredible clients. I mean the clients really are our patrons and it’s the clients that are willing to think outside the box and really see decorating as an art form and not a science. Because I feel like there’s so many types of clients that know everything is 2 + 2 = 4. They don’t realize how organic the process is. It reminds me—I’ll never forget Albert saying one time he’d done everything from a log cabin to a modern house. And while I haven’t done the most modern of houses, I’ve done a log cabin and done everything in between. So, I feel like my career path has in some ways paralleled his.

And I think one of the things that I love more than anything are all the artists that we get to work with. I find that so rewarding, because one of the things that I really impart on all my clients is the uniqueness of bringing artists into projects because you really are able to do these very personal, very bespoke things that nobody else has. I love having the opportunity to do that and also just getting people to think more about the artistic side of this process.

What do you see as the next phase of your career? Are there still items you want to check off your design bucket list?
I think just continuing to do a variety of different things. We just finished a big 360-foot boat for a client of ours. That was something I never really dreamed, about because the opportunity doesn’t present itself very often to do something like that. And that was an amazing experience—I can’t even begin to say how much I learned during that whole process. I’d love to be able to do another boat. I would love to do an airplane—I’ve never done that. I’d like to do some much more stripped down, modern projects that are quite minimal, because it’s a very different test of how you edit and how you choreograph. So, beyond that, I just hope that the clients keep coming and that we can continue to inspire and intrigue and make them happy.

What advice would you give to designers who are at the start of their career?
Only work for somebody who you really admire and, ideally, plan on devoting a few years to staying in one place to really learn before going out on your own. And my second bit of advice is that people must get out and look at things. People must educate themselves. They must look at books. You can be drawing inspiration from anywhere you are, but live with your eyes wide open.