magazine | May 12, 2022 |
Why this designer got candid with his team about the firm’s finances

Architect and designer Eddie Maestri credits much of the success of his Dallas-based firm Maestri Studio to betting on his future—whether that means opening an art gallery or starting to say no to small projects. 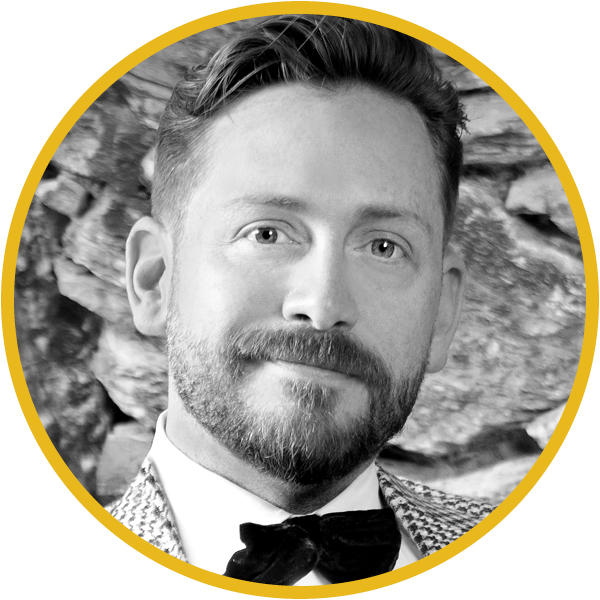 What are the levers you’re pulling to drive your firm’s growth?
Every year, I will usually say, “OK, what are we going to do this year to set ourselves up for the next few years?” Every single time, it’s a complete leap of faith, right? The first thing we did was get a space. Not too long after that, we started hiring. It’s always a little bit scary to invest that kind of money in your business and not know what the next year has in store, but I needed to delegate more work. And of course with that, we needed more space, so we invested to expand. The next big investment was hiring a professional team to do our website. Then we decided that we wanted to be a little bit more of a—I hate to call it a lifestyle brand, but to be a little bit more all-encompassing. We opened an art gallery in our space, which was a big plunge.

There are also some things that just don’t work out. When we opened the art gallery, we had a lot of retail items, and we even became a showroom for our lighting company. We quickly realized that, despite the investment, the retail component was just not the right decision. I own the building, so we had the space, but we’re not in a retail location. We’re shipping art all over the world—to Japan and Australia and Massachusetts—but we’re not getting walk-ins. You have to say, “OK, how do we learn from that? How do we grow with that?” We keep investing back and saying, “What is going to take us to that next level?”

Where does hiring fit into that ongoing, continuous kind of growth?
It’s so important to have a person available to do the work that we have coming in, but to have the right person can be really hard. Or sometimes, I’ve realized that while we need another person on the team, hiring another person and growing the team means that I actually have less time in my day because I now have to oversee that person—mentor them, answer questions and all those things that come with hiring.

A couple of years ago, we had a huge influx of work, and we hired for it. But I started to realize that it was just not sustainable. I was working all the time even though I had this full team because I had to be a part of every project and answer questions. I’d be getting text messages from people who were working late at night, and I was finally like, “This is just not working.” I am very proud that I’ve never had to let anyone go. Instead, we had a big audit internally of how many hours we were spending on this or that type of job. As a team, we discussed the kinds of projects we really want, and the kinds of projects we thought were weighing us down. That’s when we made a really bold strategic decision to say, “We’re only going to do this type of work.” In the past few months, I’ve realized that I don’t know that we want to go any bigger. There are 12 of us now, and it’s hard enough managing the day-to-day. So our biggest thing is pushing for the projects we’re most proud of—better projects that are full service.

Did that feel like a risk in the moment, or like an opportunity?
The scary part is the risk of losing the word-of-mouth business from great clients. They’ve told their friends, “We had a great experience with Maestri Studio,” and now we’re like, “We’re so sorry, but we’re not doing additions anymore.” But we had to make the call: We just can’t manage all these types of jobs and do it all well. We want to focus on what we all think is beneficial to us, as a work environment and strategically.

How has that changed your approach?
I’ve been way more strategic about when I hire. The biggest thing for me, as an employer, is that I want someone who is with me—I want a team that stays. And I always convey this to my team: I’d rather have someone have to work a little bit more on a deadline than hire another person and then say, “Well, if this doesn’t keep up, I don’t know what we’ll have in store for you in six months.” I want that reliability, where they know that we’re all good and we can sustain this.

You mentioned needing to delegate. How did you get comfortable giving away parts of the job?
A lot of us business owners, we have that personality where it’s hard to delegate. I definitely do have a hard time with it because I know that the reality is that most of the time, I can do it quicker and exactly how I want it. You have to delegate anyway and put trust in the person you’ve hired. I’m not going to hire someone who’s not qualified to make these decisions and do this work. And a lot of times, I’ve been pleasantly surprised by what they did—it might not be exactly how I would have done it, but it’s a way for me to learn too. The other thing is to make sure that they know I have their back if, for some reason, it fails. That’s the key.

I do touch everything, but I have definitely made room for the team to have more input on the design. I want them to feel creative and get better at what they do. I mean, I still review everything and put my two cents in—“Hey, we could tweak it like this to make it better”—but I’ve found that the work has been getting better and better because they are using their creativity.

I’ve made it really clear to my team that this is not The Eddie Show. I want a studio. That’s why we changed the firm’s name to Maestri Studio a few years ago—I wanted it to be a collaborative effort, and one of the things that I ran into a lot were clients who’d say, “Oh, no, I only want Eddie.” And I’m like, “Well, actually, this whole team worked on your drawings.” It’s about educating the client so they know that I’m involved but that a lot of the great ideas came from this team of people.

As you have focused on retaining your team, how have you created pathways for growth?
We’ve definitely had changes in roles and changes in how day-to-day actions work and who reports to who. Growing does mean more responsibility for them, because at some point, it means that they have to manage someone else. Part of it is periodically checking in on our official titles—making sure they reflect the work, that the team is happy with them and that the titles make each person feel proud.

We used to have an annual sit-down in the conference room. Lately, I’ve been more casual about it, like, “Hey, let’s go to lunch and chat.” For example, I recently asked one of my lead interior designers, “What is your hope? Where do you want to see us? Where do you want to see the work?” One of the things that came out of that conversation was that one of her dreams is to have our work published nationally. I’ve taken that to heart, and when we were looking for PR representation, I was like, “Hey, I think this is the next step for us, and this will make Katie really happy.”

One of the hardest things is acknowledging, “Yes, they want X, Y and Z, but is it feasible?” And sometimes, you have to say, “You know what, I love the idea, but that’s not going to work.” Or the reality of, “Hey, if you want to have this role, it’s on us to bring in more money.” The longer you have employees, of course everybody wants a raise or wants a bonus, but you have to have the money for that. There’s not an endless supply.

I’ve also realized that some people really don’t want to manage anyone else—and that’s OK, but I’ve had to tell them, “Well, if you don’t want to do that, we have to reset the expectations of where your role goes.” You can’t be the leader of a department and not lead anyone. We can probably still have a trajectory in terms of goals, but it might not be what you’ve always had in mind. Everyone is different, and I’m trying to navigate with them on what they want to do.

That sort of brings us back to the audit you did of the work that was most profitable.
Totally. It was a moment to educate my employees and to show them that there were some jobs where we were just not making any money. If we want to hire more people, it takes a lot of work to get there financially. Sure, the demand is there, but that doesn’t always mean that profits are soaring through the roof, because we have more people to handle that work. If we had five jobs four years ago versus 15 now—we’re still doing the same amount of work but I have more overhead to deal with. The biggest opportunity I see is to pick and choose what jobs we take. That gives us a lot of leeway for our work to get even better.