Why 1stDibs is betting on digital art

Today, 1stDibs will unveil a new auction, showcasing pieces by 10 artists spread out across the globe. Here’s the twist: The winning bidders won’t receive a signed canvas or notarized sculpture—they’ll receive a piece of code that certifies them as proud owners of a piece of unique digital art. Yes, 1stDibs is getting into the NFT game.

They’ve been breathlessly covered by the media for jaw-dropping sales numbers (the record is currently set at $69 million) and satirized on Saturday Night Live. By now, you’re likely familiar with the general concept of nonfungible tokens. But in case the details are fuzzy, here’s a quick primer: NFTs are units of code that exist on a worldwide network called a blockchain, which can’t be hacked or altered. How? By the sheer power of numbers. Imagine that you kept a file on your computer listing your favorite colors. If a hacker were able to access your laptop, they could change the first entry from blue to red. Now imagine that your list of colors was stored on a hundred thousand computers all over the world. Even if the hacker could change your favorite color on one computer, 99,999 of them would still know the truth, and the record would quickly be set straight. That’s the blockchain. 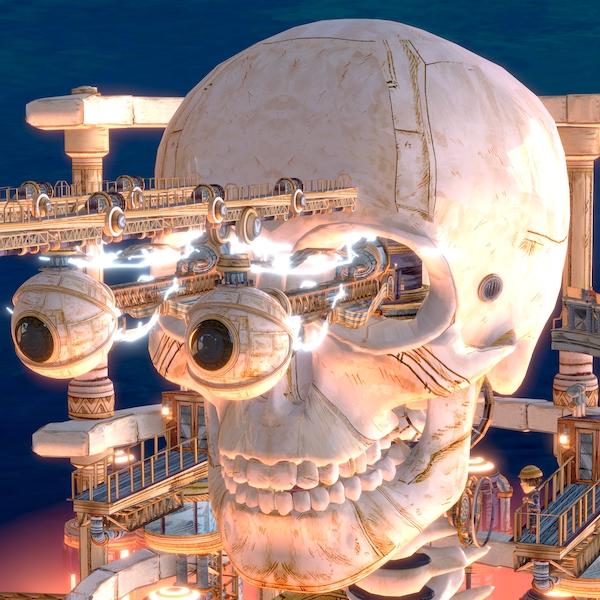 ‘The Beholder Complex,’ a digital artwork created by the artist Marc-O-MaticMarc-O-Matic

The most popular application of blockchain technology is cryptocurrency: Bitcoin, Dogecoin and the like. However, in recent years, the concept of using blockchains to store other kinds of information—like digital art—has become increasingly popularized. Though the technology is complex, at their core, NFTs are simply certifications of ownership, stating that the holder has custody over a particular digital file, whether it’s a GIF, a tweet or even an audio recording of flatulence.

The NFT phenomenon is often derided by critics who scoff at the seemingly ephemeral nature of digital ownership. (The typical critique: “You’re paying $10,000 for a JPEG?!”) Such criticism is valid, but it overlooks the already transitory nature of art ownership. After all, technically, the Louvre owns the Mona Lisa, but you don’t have to go to Paris to see that famous smile—Leonardo’s work has been reproduced millions of times on prints, mugs, T-shirts, and yes, even JPEGs. In an increasingly digital world, the difference between owning a physical canvas and an immutable piece of code that signifies possession may feel less and less relevant.

NFTs have also been criticized for the boom-and-bust cycles that have caused their value to surge and drop. 1stDibs is interested regardless. The medium of digital art, CEO David Rosenblatt tells Business of Home, is relatively young, but carries enormous promise. “It’s hard to imagine why digital art would not be a compelling medium,” he says. “It can create beautiful experiences and visuals. It can be expressed in lots of different ways—on your wall, on your phone, your laptop. [Art] has always accommodated changes of technology; I don’t see why it wouldn’t accommodate this one, given that technology happens to govern almost every second of our lives.”

1stDibs’s entry into the world of digital art is modest but not insignificant. Rosenblatt says the New York–based luxury e-commerce company has hired a team specifically to work on the project and that it will host biweekly collections of NFTs sold on an auction basis: Once a reserve price has been met, the bidding for each piece will last 24 hours. The artist will receive 95 percent of the sale price, and the collections themselves will be curated by artists already embedded in the digital art world. The first auction, “Portals,” is curated by U.K.-based artist Lee Mason, more commonly known as Metageist.

“We’re leaning into an artist-first approach,” says Sarah Liebel, chief revenue officer at 1stDibs. “We know the best digital artists are actually the best tastemakers in this space and the most critical of the art—even more than we are.” 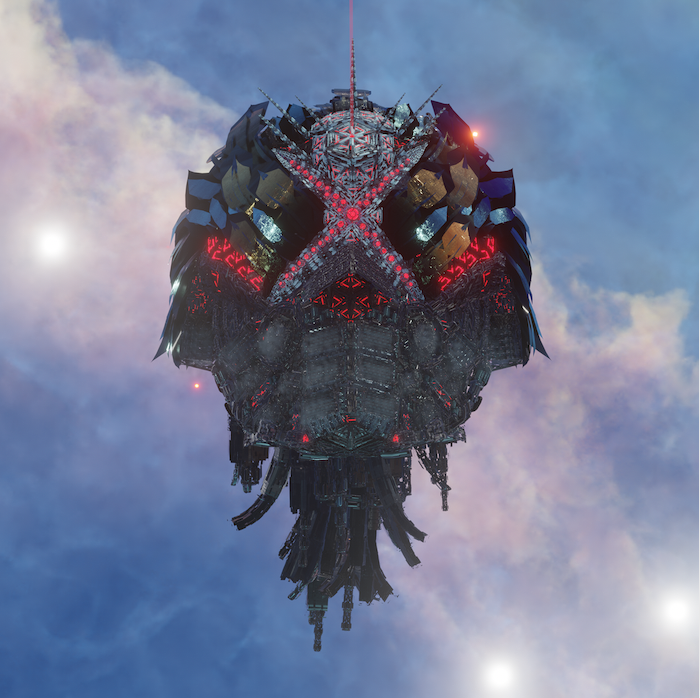 ‘Zenith,’ a digital artwork by OgiOgi

In theory, the company selling digital art makes plenty of sense. Rosenblatt, a veteran of digital ad platform Doubleclick and then Google, has been keen to burnish 1stDibs’s bona fides as a technology platform as opposed to simply an antiques resale market. “Our platform is highly extensible to new verticals, including NFTs,” he says. “We started as a vintage and antique marketplace, [but] we have expanded into other new verticals—jewelry, new and custom design, and so on. This is the latest in that history of category expansion, and it’s enabled by the flexibility of our technology platform.”

However, the move into digital art is not just a technological jump, but a demographic leap as well. The same audience interested in picking up a pair of 19th-century console tables may take some coaching to appreciate the value of a work by Metageist. The auctions, at least at first, will be conducted entirely within the Ethereum blockchain (no old-fashioned dollars allowed), which will limit the pool of potential bidders to those who have figured out cryptocurrency at least on a rudimentary level.

Even if the auctions are a little outré for the 1stDibs core demo, Rosenblatt sees the project as a worthwhile investment in a burgeoning field. Plus, it’s great marketing. “I think it will expand our audience,” he says. “It’ll hopefully introduce the broader 1stDibs marketplace to people who wouldn’t have otherwise been a part of it.”