For more than two decades, Amy Brown, Bill Caballero and Scott Hamel worked together running the furniture companies in the Dessin Fournir portfolio—then watched the company go belly-up last year. Now, in something of a comeback tale, they’re reviving the businesses they’ve been so passionate about. This summer, the trio of longtime colleagues bought the intellectual property of Dessin’s four furniture lines—Dessin Fournir, Gérard, Therien and Quatrain—which they are relaunching this week under the name Fournir Collections.

It’s a surprising twist in the story for the three partners, who spent years as happy collaborators in what was long a well-oiled machine. “We were constantly in contact,” recalls Caballero. “It was Scott and Amy overseeing clients and showrooms [from the company’s headquarters in Plainville, Kansas], and me overseeing manufacturing operations on the West Coast.” Then, in April 2019, Dessin Fournir filed for Chapter 11 bankruptcy.

Though the news came as a shock to many, the company had been struggling behind the scenes for some time. Since launching Dessin Fournir in 1993, company founder and CEO Chuck Comeau had assembled a family of more than 10 companies that spanned furniture, wallcoverings, fabric, drapery, hardware and lighting—many with remarkable pedigrees and A-list collaborators, like the storied fabric house of Rose Cumming or a licensed line with Kerry Joyce. But Comeau also invested heavily in real estate, amassing 18 properties in downtown Hays, Kansas, as well as property in Plainville. With all of his holdings as collateral (including the companies that comprised Dessin Fournir, and his own personal life insurance policy), a foreclosure suit in late 2018 on these assets—for missed payments on some $8 million in loans—were a bellwether of the trouble to come.

In an email sent to clients announcing the filing, Comeau pinned the company’s woes on his efforts to scale: “I failed to understand the ‘right-sizing’ for our company after the recession, and instead thought we should try to maintain jobs,” he wrote. But people close to the business say that in reality, one of its core flaws was its amalgamation of brands. Yes, the companies were each, on their own, rather remarkable—but together they posed a distraction in time and investment from Comeau’s core business. As the web stretched ever thinner, fissures began to emerge.

Although Comeau indicated his intention to continue leading the brand after it emerged from bankruptcy, his efforts were short-lived. The company’s shuttered operations never reopened, and the court rejected Dessin Fournir’s Chapter 11 petition by July of that year, after it became clear that, with no revenue, the company had no way to pay a looming insurance bill. Instead, its assets were handed over to its two largest secured creditors: Bank of Hays and local company FSSW.

There have been silver linings to come out of the collapse of Comeau’s empire, including a handful of his tenants in downtown Hays who were able to purchase their own buildings at a bank auction in October 2019. And on the home furnishings side, a series of former stakeholders have emerged as white knights to preserve many of the brands. A little over a year ago, Lauren Hudson, a Houston-based designer and owner of Wells Abbott showrooms in Dallas and Houston, acquired Dessin’s legacy fabric lines, Rose Cumming Chintzes and Classic Cloth; her debut collection for each brand is being released in January 2021. (Hudson mulled moving the brand to Houston, but ultimately rehired staff in Plainville and recently acquired a second warehouse there, as well.) Meanwhile, former Dessin Fournir employees Chris and Kelli Hansen purchased and reopened Palmer Hargrave Lighting in December 2019, hiring back the company’s production manager and craftsman.

Now, Brown, Caballero and Hamel are part of that silver lining, too. Though they had exploratory discussions about acquiring the four brands last fall, they abandoned their plans as COVID-19 shook the country this spring. Then, in June, the idea resurfaced when a casual conversation about the fact that no one else had bought the brands quickly became, Well, why don’t we buy them? In August, they approached the bank, which made them an offer.

In the meantime, all three had begun to reestablish their footing in the industry. Caballero, who departed the company at the end of 2018, was an operational management and product development consultant by mid-2019. Brown has been working remotely in sales support for Michael S. Smith’s Los Angeles–based brand Jasper since the summer of 2019. And amid the bankruptcy proceedings, drapery hardware brand Fritsch—represented in North America by Dessin Fournir—asked Hamel to take over the relationship; he’s been working with the line personally since July 2019 and aims to integrate that representation into the Fournir Collections framework. (The trio are also in talks to keep manufacturing Erika Brunson’s licensed collection.)

Fournir Collections will launch armed with ownership of the four brand names, a revamped Dessin Fournir website, and all product-related intellectual property, from master drawings to prototypes. “That’s what we purchased to make sure we can make all of the products on our website, from the [pieces] developed in the early 1990s to those developed in the last few years,” Hamel tells Business of Home. “It’s very important to us that we keep the same quality, style, and attention to detail.”

What they did not purchase is a wealth of showroom models and inventory scattered across the country, which is being consolidated in Dallas as part of the foreclosure. (Dessin Fournir’s bankruptcy petition included $4 million of unsold inventory.)

For now, the company will operate primarily through online orders. Visitors to the trade portal of the Fournir Collections site will discover a product assortment trapped in amber: More than 1,000 pieces (and prices) exactly as they were in 2018, made in partnership with many of the same Los Angeles workshops that powered the brands in the past. At least initially, everything will be available, though the partners may move to streamline future offerings. New products will also be developed and released over time.

That the full product lines were already all online—a vestige of Dessin Fournir’s early investments in digitization, which were spurred at least in part by the Kansas/California split of its operations—was another saving grace that made the trio all the more confident to invest in the business amid a global pandemic. “The website is one of our huge resources right now, and people were already used to using it—the way designers shop on it hasn’t changed,” says Brown. “A lot of the things that other brands are switching to now—things like digital storyboards and tear sheets—we’ve already done that. We know how important it is to be able to shop and have full support digitally, and our website can support that. We’re just changing the ownership and contact information.” 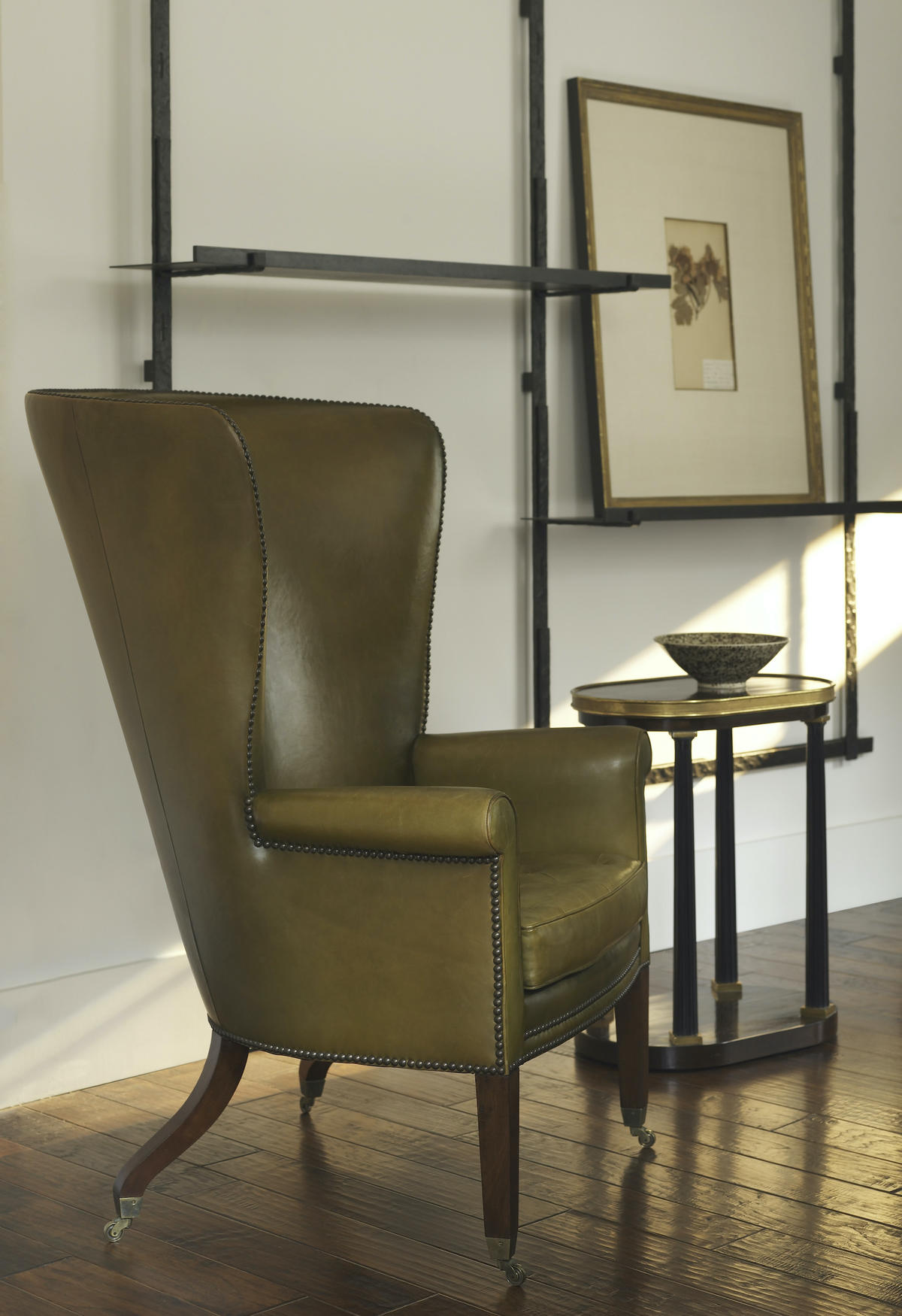 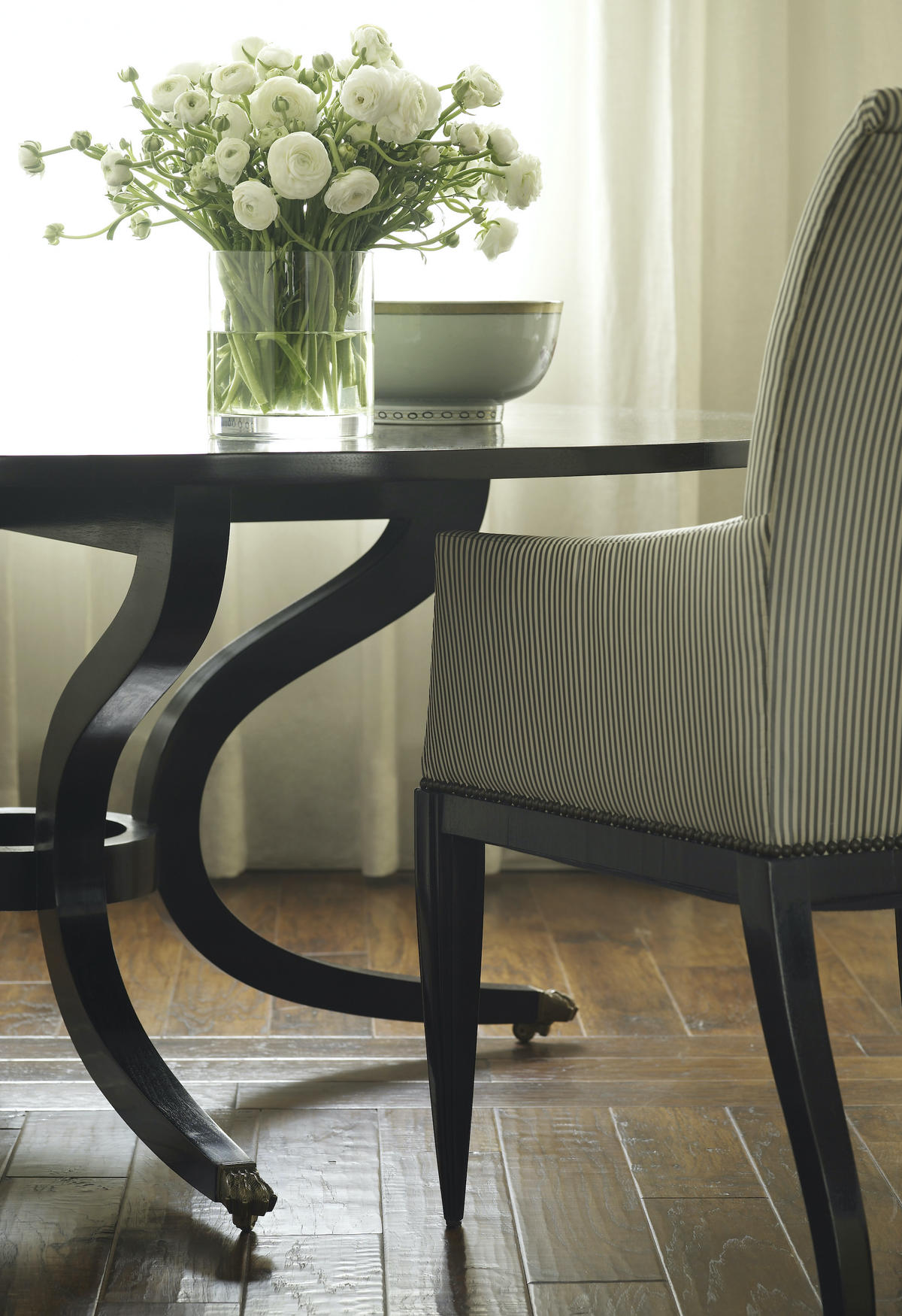 The site has quietly been online and accepting quote requests for several weeks, and garnered several orders—a heartening sign as the owners prepared for a more formal debut. (In fact, says Brown, clients had been requesting quotes throughout the website’s dormancy, perhaps unaware that the company was in limbo.) As whispers of the new ownership have spread, the response has been enthusiastic.

“When people started finding out, there was so much excitement around the brands coming back and us taking ownership,” says Caballero. “Every call was like [sinking] a three-point shot. We had people that said, ‘We’re going to support you guys, and we want to see you succeed.’ The fact that they can’t wait to see the product back on the market and to be specifying it again is really exciting. When you’re buying something like we did, it is a risk. But we are looking at it as a positive risk: We’re going to make it work.”

“When we put our updated confirmation on the site, we instantly started getting calls and emails,” adds Brown. “There are probably many, many people who think the website isn’t up anymore because the prior company went bankrupt, but it was very reassuring to know that, yes, people still want it. It’s desirable. I think it’s remarkable, given how long the lines have been out of circulation, that people are still going to the website and looking for a Contact Us page.”

Fournir Collections will start with representation in several showrooms that were longtime supporters of Dessin Fournir—many of which still have all of their floor samples. The task of finding new representation in the remaining territories will loom large in the months to come, but the expansive network that represented the erstwhile Dessin Fournir brands does not interest the new owners. “We don’t have any intentions of being in 14 showrooms nationwide [again],” says Hamel. “The main goal for us is to remain lean and keep expenses down. When you try to outfit 14 showrooms in 14 different regions, there’s a huge cost involved in doing that—it’s not the model that we want to proceed with.”

Instead, the company is focused on funneling its funds into product development and the return to the sterling customer service Dessin Fournir was once known for. Much of that success will hinge on the trust and longstanding relationships the new owners have built within the industry—including the way they tried to help their designer clients and showroom partners button up loose ends and connect with manufacturers amid the company’s bankruptcy, often via text. “Yes, the bankruptcy shut down [the business], but our relationships with so many designers and showroom owners kept going,” says Brown. “We never stopped talking, because they’re not only colleagues and supporters, we’re friends.”

“The people who know us know our passion and integrity,” adds Hamel. “We want to make sure designers know that, to us, their orders and taking care of their needs are the most important things.”