The end of Black Friday as we know it

Chalk up another business casualty to the coronavirus pandemic: Black Friday.

Yes, there will still be a day after Thanksgiving when Americans will shop, but this year, for the first time in recent retail memory, the significance of the weekend will be deeply diminished for businesses and shoppers alike. That was confirmed over the past week or so, when two of America’s biggest retailers—Walmart and Target—each announced they would not open stores on Thanksgiving Day.

The trend of retailers opening on Turkey Day peaked a few years ago. Many retailers that had previously been open were cutting back Thanksgiving hours, and some had already reversed policy and closed altogether. Yet Walmart and Target stuck with their afternoon and evening operating hours, a prelude to the long-weekend feeding frenzy.

Some level of that will continue this November, as retailers promote extended hours throughout the balance of the three-day weekend. But how frenzied it will be is a big question, with crowds impacted by the pandemic and social distancing requirements, as well as general apprehension of crowds and contagion among most sane shoppers.

This is just the latest downturn for Black Friday (and the entire weekend through Cyber Monday), which for years has been losing significance for shoppers, retailers and vendors.

Two factors are most often cited as the culprits. The first is that e-commerce made the whole act of hitting the stores while still digesting your turkey (or getting up before dawn the following morning) feel somewhat less urgent. You could get many of the same deals from the same retailers online—without ever leaving the dinner table (or your bed). Scenes of hysterical shoppers breaking plate glass store windows, staging WWE bouts over the last hot toy left on the shelf, and standing in endless lines to check out didn’t help endear the tradition to most Americans—though, to be fair, some families swore they bonded over this, and it was part of what made the holiday so special.

The second is that retailers, in their infinite quest to suck the living life out of every dollar on their customer’s credit limits, got greedy and started sales ever earlier. First it was fall, then Labor Day, and then eventually any day might as well be Black Friday, as long as it had the word “day” in it. Amazon’s Prime Day, modeled after Alibaba’s Singles Day in China, became a touchstone in July; anyone with a buy button on their sites jumped on that gimmick pretty quickly. By the time many shoppers got to the fourth Friday in November, they were not only broke but exhausted.

As with many changes to our established business and social structures, the pandemic is only speeding up a process that had already begun. If the idea of Black Friday shopping wasn’t already repugnant (or at least somewhat less useful) before the arrival of COVID-19, now it’s the last thing most of us want to do.

Walmart and Target—and the other retailers to follow—will no doubt offer earlier sales and promotions, seemingly to spread out the crowds, if not the revenue. So, not to worry: There will be no shortage of doorbusters, limited-quantity promotions, shop-now-pay-whenever deals, and all the other hubbub that has defined the shopping weekend. In the finest traditions of American consumption, there will still be plenty of opportunities to shop until you drop this year. You’ll just have to wait an extra day to do it—and you’ll also need to wear a mask. 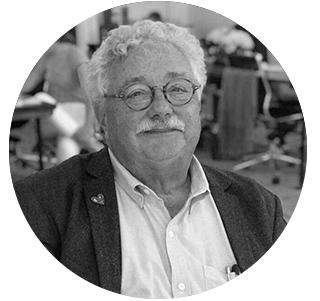