Digitally native brand Kathy Kuo Home is moving into brick-and-mortar, opening its first physical location next month in Southampton, New York. With Kathy Kuo’s hybrid e-commerce/e-design business thriving, the designer tells Business of Home that she hadn’t always had retail on her mind, but a few factors caused her to plunge ahead. “Brick-and-mortar is a foundational tenet of retail, and we knew if we found the right opportunity, it could really validate our brand experience,” she says.

Kuo began to think about a physical location largely as a result of time spent in lockdown. “We realized that everyone started migrating out of major cities during the pandemic,” she says. “A lot of people went to areas just outside those cities, like the Hamptons. Personally, I spent much of the last year at my second home in Southampton, and I realized how much I loved the village vibe that exists there while still being in such easy proximity to New York.” 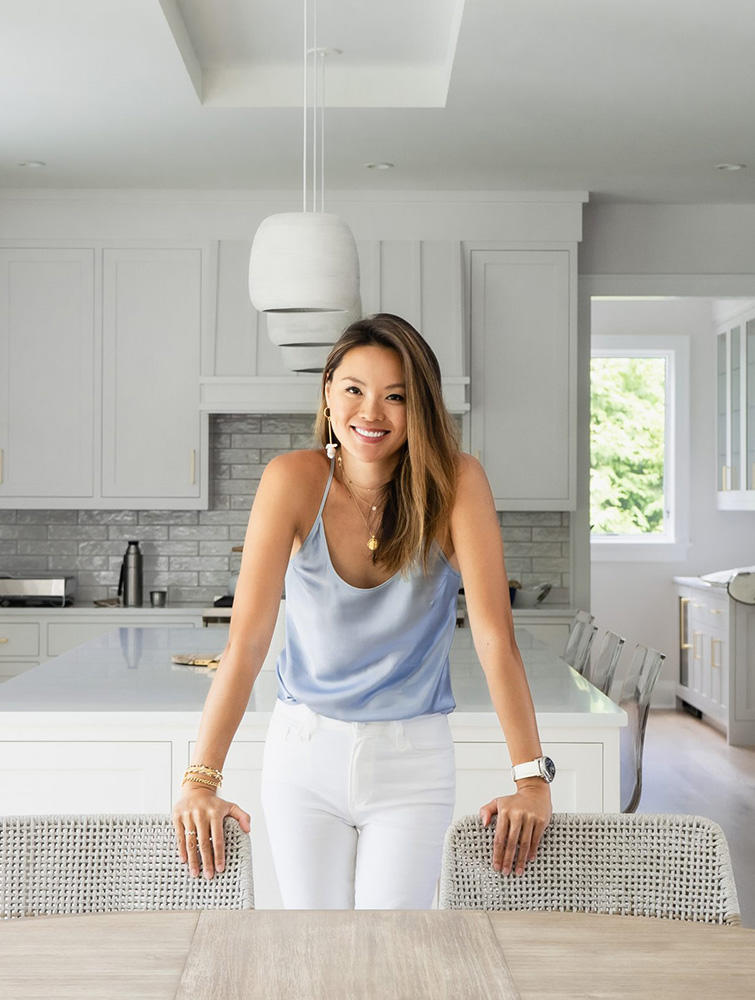 During that time, the designer has had her eye on what she considered the perfect retail space for her brand, a houselike storefront on Jobs Lane, across the street from big-name retailers Ralph Lauren and Roller Rabbit. “I knew I wanted a space like that, which would be large enough that it could feel experiential,” says Kuo. When she found out that the lease on the space was coming to an end, she jumped. “It felt like the stars had aligned and that we should go for it. It checked off all my boxes.”

The store, which opens July 8, will have the traditional cash-and-carry element that casual shoppers expect, including items like hostess gifts and candles, while also serving as an experience center for designers. “I want it to be a place where designers and their clients can come together and see our product as well as samples from our trade brand partners, like Phillip Jeffries, Kravet, Stark and Schumacher,” says Kuo. “We’re incorporating a dedicated designer resource center into the store to better serve the many designers who are in the area. You shouldn’t have to drive all the way back to the D&D Building to get a memo—we can be that resource for you.”

In terms of atmosphere, Kuo wants the shop to be inviting and laid-back. All of the upholstered items will be done in performance fabric so as to be kid- and dog-friendly. “We’ll have music going and rosé flowing all day,” she says. “We basically want people to come in and never want to leave because they’re so comfortable.” 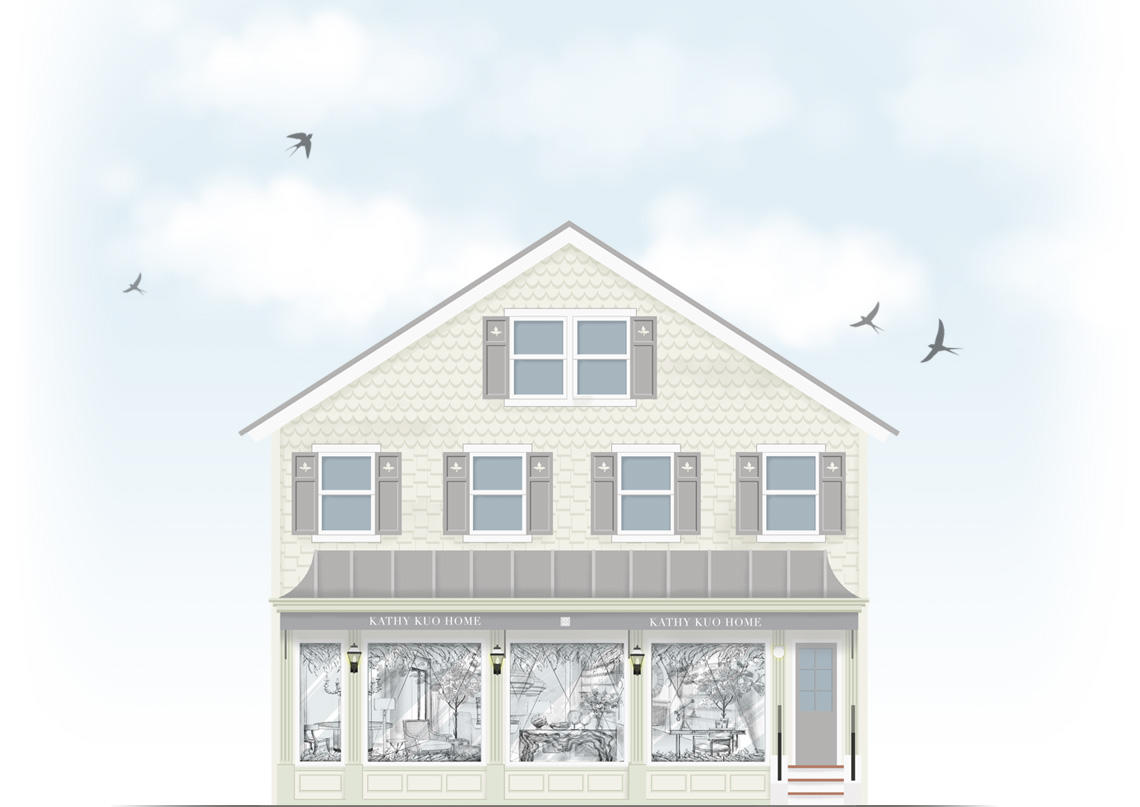 A rendering of Kuo’s Southampton store, which opens next monthCourtesy of Kathy Kuo

Curating the brand’s more than 100,000 SKUs from its digital platform into an offering that could fit and flow in a 4,000-square-foot retail space was a challenge for Kuo and her team. “It came down to what was in stock and available by the opening, and also what would fit into the vignettes we were creating,” she says. The store is set up like a home, with an entryway, a dining room and a living room. “I even wanted all the lighting to go together as it would in someone’s home—even though in most home stores, you’d use a bunch of different styles so that you could sell more,” she says. “I wanted it to feel like you were coming into my house.”

While continued growth is always part of the plan, Kuo is taking the brick-and-mortar strategy one step at a time. “We want to perfect what we’re doing in the Hamptons before we’d consider looking at other markets, like Sonoma or Palm Beach,” she says. “This is more of a personal passion project of mine rather than a priority area for the company.”