Hästens is once again suing to claim it owns blue checks

Late last year, Swedish bedding brand Hästens threatened to sue a small Texas design shop for a peculiar reason. The store, Coco & Dash, was selling a single sofa upholstered in a large-scale blue gingham check, and Hästens—which manufactures mattresses in a similar pattern—claimed the product infringed on its intellectual property.

Never mind that the item in question was a sofa, not a mattress, or that hundreds of other retailers sell soft goods in a similar blue check pattern. And never mind that blue checks predate Hästens by at least a century. The brand, the official bedding supplier to Sweden’s royal court, had managed to obtain a trademark in the U.S. for the pattern, and it was suggesting that a case might lead to $2 million in damages over Coco & Dash’s sofa.

Rather than remove the sofa from its store, Coco & Dash’s co-owners, the mother and daughter team of Teddie and Courtney Garrigan, began posting about the threat on social media. The issue became something of a cause célèbre in the industry, as designers and manufacturers alike defended the shop and questioned whether any one brand could own a pattern as elemental as blue checks.

But the threat, it seems, was a real one. Six months later, Hästens has sued Coco & Dash. They’ve chosen to do so in California, on the grounds that the Texas shop sells through online marketplace Chairish, which is headquartered in San Francisco. The lawsuit claims that Coco & Dash’s sofa is “likely to cause confusion, mistake and/or deception amongst actual and potential customers as to the source of the goods and services … to the severe detriment of Hästens.”

It goes on to suggest that “As a result of Coco & Dash’s infringing conduct, Hästens has suffered substantial damages in an amount to be proven at trial. The continuing loss of goodwill cannot be properly calculated and thus constitutes irreparable harm and an injury for which Hästens has no adequate remedy at law.” Hästens did not respond to a request for comment.

“This is such a waste of our time and money, and the court’s time and money,” says Teddie Garrigan. “My favorite detail from the lawsuit was that this is ‘likely confusion in the market.’ The last thing I want to be associated with is Hästens mattresses.”

Though Hästens did not offer up a public comment at the time of its initial threats against Coco & Dash, several legal experts surmised that the Swedish bedding brand was engaging in what is colloquially referred to as “trademark bullying”—a process in which large companies use their legal and financial muscle to claim intellectual property by threatening to sue small companies, who usually end up settling.

At the time of the first lawsuit, NYU professor and intellectual property expert Christopher Sprigman told Business of Home, “I think Hästens wants to get decisions or settlements that stretch the ambit of their trademark rights, so that when they go up against bigger people who can afford to fight them toe to toe, they can say: Look, we’ve gotten settlements—we’ve gotten people to stop making a gingham couch!. [Companies] start with beating up on the little guy, and then showing pictures of the little guy you beat up to the bigger guy. It’s the way it works.”

Hästens has pursued legal action against others on similar grounds, including both California-based mattress maker Kluft and Dallas-based home goods brand Caitlin Wilson. In both cases, the lawsuits settled out of court. It is possible that Hästens has also successfully pushed other sellers to remove blue check patterns from their inventory with simple cease and desist letters—there is no public database of such requests.

By pursuing a lawsuit in San Francisco, Hästens forces the Garrigans to hire attorneys who can represent them in California, burning cash. “They’re thinking: The expense is mounting, we’re having to hire more attorneys, they’re applying more pressure,” says Teddie Garrigan. “I feel like that’s the way this whole trademark bullying mentality works—make it difficult and expensive for small players so they will fold.”

The legal battle is now playing out on two fronts: in California and in federal court. The Garrigans have also sued Hästens and are seeking to not only win their own case, but to invalidate the brand’s blue check trademarks. Doing so has been a complicated process, says Teddie Garrigan, requiring Coco & Dash to translate its summons into Swedish and pay for it to be delivered directly to the Hästens headquarters in Köping after the company’s U.S.-based law firm refused to accept service.

Despite the added expense of fighting the case in California, Teddie Garrigan herself is determined to keep pressing ahead, not just for Coco & Dash, but for the broader industry. “We are not stopping,” she says. “For this industry, it opens the door to other companies saying they can get trademarks to all kinds of things that could impede small business. I’m not happy about it, but we’re not backing off.”

As for the sofa itself? It is currently sitting on the floor of Coco & Dash’s shop in Dallas. “The plan is that we’ll auction it off and give it to charity,” says Teddie Garrigan. “We have people who come in and see it, take pictures of themselves with it. We get contacted daily from people in the industry who want to know about the lawsuit: ‘How’s it going?’ People are watching.” 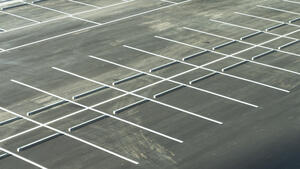 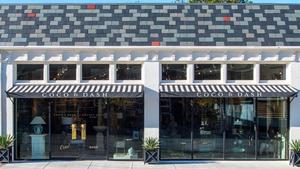 Why is Hästens threatening a small Texas home shop? 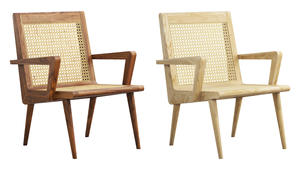 Are knockoffs really so bad? 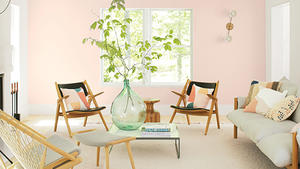 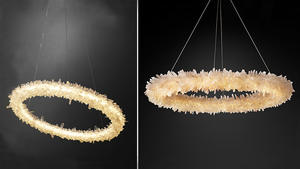 Why this Australian lighting designer is suing RH and Timothy Oulton 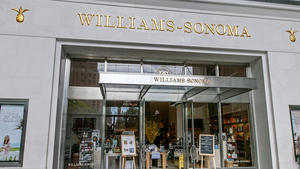