Can a new organization make a dent in the design industry’s waste problem?

weekly feature | Jul 28, 2021 |
Can a new organization make a dent in the design industry’s waste problem?
By Haley Chouinard

There are certain moments in life when, for whatever reason, your perspective shifts slightly and you can suddenly notice things that you normally took for granted. For designer Katie Storey, founder and principal of San Francisco–based Storey Design, it happened a few years ago during an install. “I looked around and saw piles of Styrofoam and plastic from all these pieces that we were unpacking,” she recalls. “I thought, ‘Whoa—this is super unsustainable.’ It was then that I realized how much my firm was contributing to climate change and the extent of how much we were consuming and throwing away.”

The epiphany kept Storey awake at night. She started researching the impact of the home sector on the environment and was taken aback by the statistics. According to the U.S. Environmental Protection Agency, every year, the American building industry generates 500 million tons of waste in the form of construction and demolition debris. An additional 12.2 million tons of furniture and home furnishings end up in landfills each year. She searched for solutions but couldn’t find anything specifically related to reducing waste in interior design and construction. “I knew then that I had to either change careers and do something that could more [closely] align with my values around these issues, or I had to find a way to change things from within the industry,” she says.

In 2019, Storey began laying the groundwork for the Good Future Design Alliance, an organization challenging design and building industry professionals to cut 50 percent of their companies’ waste by 2025. GFDA launched in January 2020, getting off to a quieter start than anticipated, due to the pandemic, but still garnering 16 founding members, including Fireclay Tile, furniture brand Fyrn, California waste management company Recology and the Sustainable Furnishings Council, in addition to a handful of sustainably minded A&D firms.

“I felt strongly that the entire industry had to come together for this,” says Storey. “It’s one thing for me and other interior designers to reduce our waste, but if you go to a job site and your contractor doesn’t care and is throwing reusable materials in the dumpster, then your efforts are for naught. The alliance aspect of this effort is very important.”

For Jennifer Jones, a fellow San Francisco–based designer and principal of the sustainability-focused Niche Interiors, it was that unity-driven mission that led her to become a founding member of the organization. “I think that’s the only way to solve this problem,” says Jones. “If everyone involved in the building of a home, from the architect to the general contractor to the landscape designer, are talking about this issue, that’s when you can actually make a difference.”

Over the past few years, a few manufacturers in the design space have committed to moving toward a goal of zero waste, meaning the company reuses or recycles at least 90 percent of its factory waste. Fireclay Tile and Heath Ceramics have each made zero-waste pledges and joined the GFDA. “Once you realize that, on an individual level, you have a hand in the amount of waste that’s sent to the dump, then you see that your actions are important,” says Eric Edelson, CEO of Fireclay Tile.

During his journey to move the company to zero waste—something it hopes to accomplish this year—Edelson discovered how few people have ever visited a landfill. “I would say fewer than 50 percent of people I’ve spoken to about it have actually seen where their trash goes,” he says. “That includes people whose jobs are to specify materials—they have no idea what happens to those materials when they’re disposed of. I really think that if you go to your local dump and actually start to see how waste gets moved around, and how much there is, you’ll start to be inspired to learn about what you can do to impact things.”

GFDA membership starts at $25 a month, with dues on a sliding scale based on firm size. Upon joining, members receive access to a toolkit that guides them through the process of waste reduction. A lot of the ideas in the toolkit can be tied back to the 1970s concept of the three R’s: “reduce, reuse, recycle.” Reducing consumption is the easiest way to lower your impact on the environment, a tenet that’s admittedly tricky to follow in the context of an industry like interior design, which is inherently based on specifying new products and materials.

Buying antiques and vintage furniture (locally when possible) is one way the GFDA recommends that designers reduce their waste, as new pieces of furniture often come from overseas and are packaged with all sorts of nonrecyclable materials. Shopping locally can also reduce packaging waste, which is why Jones has as many pieces as she can manufactured nearby. “I get to choose everything that goes into those products, so I can source FSC-certified wood and make sure that nontoxic materials are used throughout,” she says. “And, once it’s done, it’s just blanket-wrapped and brought directly to my client’s house, with no packaging.”

The GFDA has also partnered with a number of organizations across the country to help designers with reuse and recycling, including Renovation Angel, a Fairfield, New Jersey–based nonprofit that recycles and resells luxury kitchens. Before a kitchen is remodeled, the company assesses the quality of the cabinets, counters and appliances, then carefully dismantles the entire room before reselling it either as a complete set or as individual elements. Another partner, California-based Revitaliste, offers several options—from powder coating to decorative faux finishes and wallpaper decoupage—to give existing furniture a new life.

Chloe Warner, GFDA member and principal of San Francisco–based Redmond Aldrich Design, says she now views the three R’s as an added design challenge, right along with a budget or a timeline. “Once you start, it’s really not particularly burdensome,” she says. “It forces you to be more creative. When you stop thinking from a mindset of disposing of everything, you see how much of what’s around you could have a second life.” 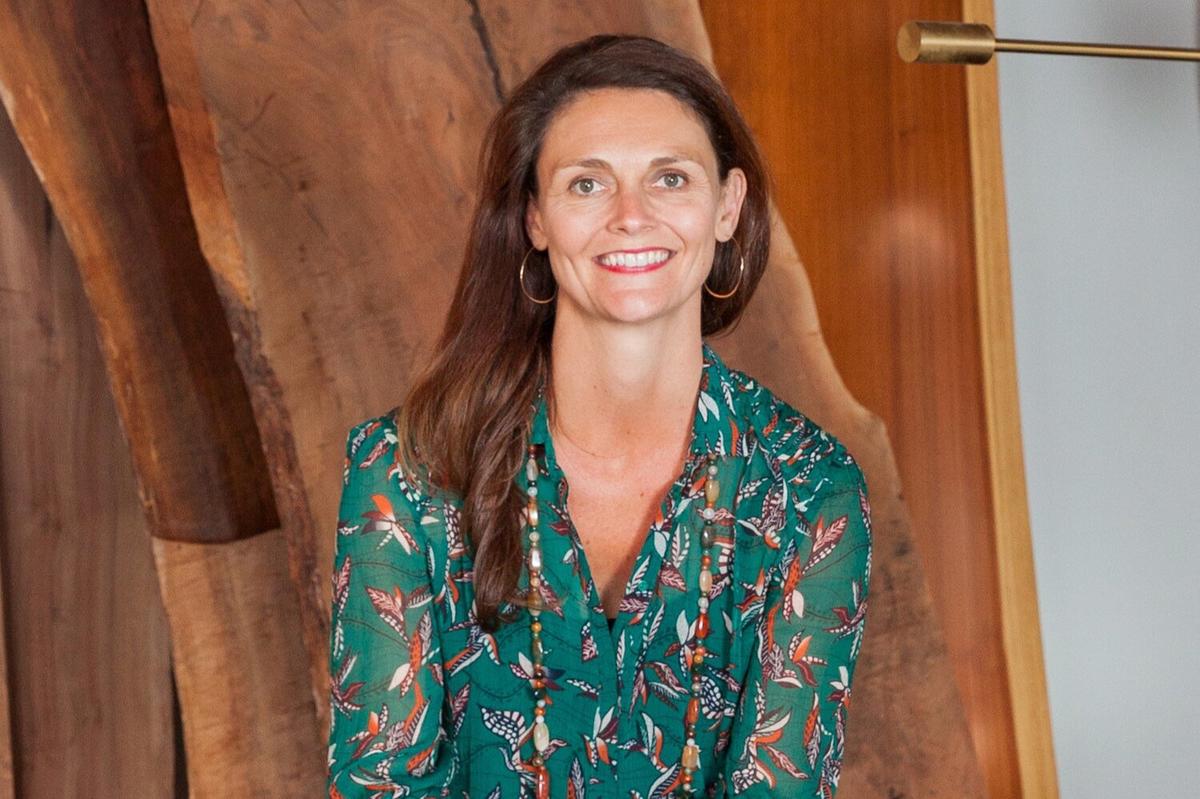 GFDA now has nearly 200 A&D firms and manufacturers on its roster, and for its next phase, is looking to develop local chapters with resources tailored to specific regions. The organization currently has chapters in San Francisco and Denver, and will be expanding to Minneapolis, Seattle, and Nashville, Tennessee, this year. “Of course, anyone can join from any place, but dedicated chapters will mean that we take time looking at waste management in a given area, what the local community looks like, and what redistribution centers are available—whether that’s Habitat for Humanity or Goodwill,” says Storey. “We want to add value through a sense of community.”

At the outset, Storey assumed the organization would tackle bigger markets like Los Angeles and New York early on, but she quickly found demand and interest coming from secondary markets instead. “We will still be in New York and L.A. eventually, but there is major interest in this movement coming from these other regions, which also boast really interesting design-build communities and can often be overlooked,” she says. “We’ve got members that have already been focused on reducing their impact, and we have other members who come to us saying, ‘I’ve been doing terribly, but I want to do better!’ We welcome people wherever they’re at with this issue.”

GFDA members see two main factors that set the organization apart from other sustainability-focused efforts in the industry: the goal and the leadership. “It’s such a narrow focus at this point,” says Jones. “It’s just this one thing we’re trying to do—cut our waste. As a pragmatic person, I appreciate being able to attack a specific problem at the root cause.” Edelson points to Storey’s experience as an interior designer as a unique element of the organization. “I think the fact that it’s coming not from the manufacturing side but from the designer side is very powerful,” he says. “If it’s designers and architects pushing for these changes, there’s a lot of power to that.”

Though the pandemic may have slowed the growth of the GFDA’s first year, Storey believes the past 18 months have taught people a lot about rapidly shifting our behaviors. “We’ve all proven how well we can adapt,” she says. “Think about how quickly we got used to wearing masks or working from home. But this is a positive change, and we’re not saying you have to do it all this year. Try cutting down on your waste by 10 percent a year. That’s easily doable. There are so many climate disasters happening—we have to meet the moment. We have to change.”