Some pieces and patterns are easy to use again and again without feeling tired. We asked three designers to share their go-tos.

An Elevated Look
“I love using pedestals in my projects. I feature them as functional pieces in different sizes and finishes to display books, accessories and oversize vases for floral arrangements. On the decorative side, a pedestal can be the focal point in an entry, and I’ve used them in bedrooms, kitchens and living rooms to display sculptural art. I’ve also placed a lamp on a pedestal to create a feeling that’s a bit chunkier and more substantial than a standard floor lamp. Pedestals are cost effective for what I think is a really cool impact, and they add a lot of dimension if you’re trying to fill a gap in a space. I buy all of my pedestals from Pedestal Source—their pieces are made to order and sturdy, and I love the ability to customize their products in so many shapes, sizes and finishes.” —Kesha Franklin, Halden Interiors, New York and New Jersey 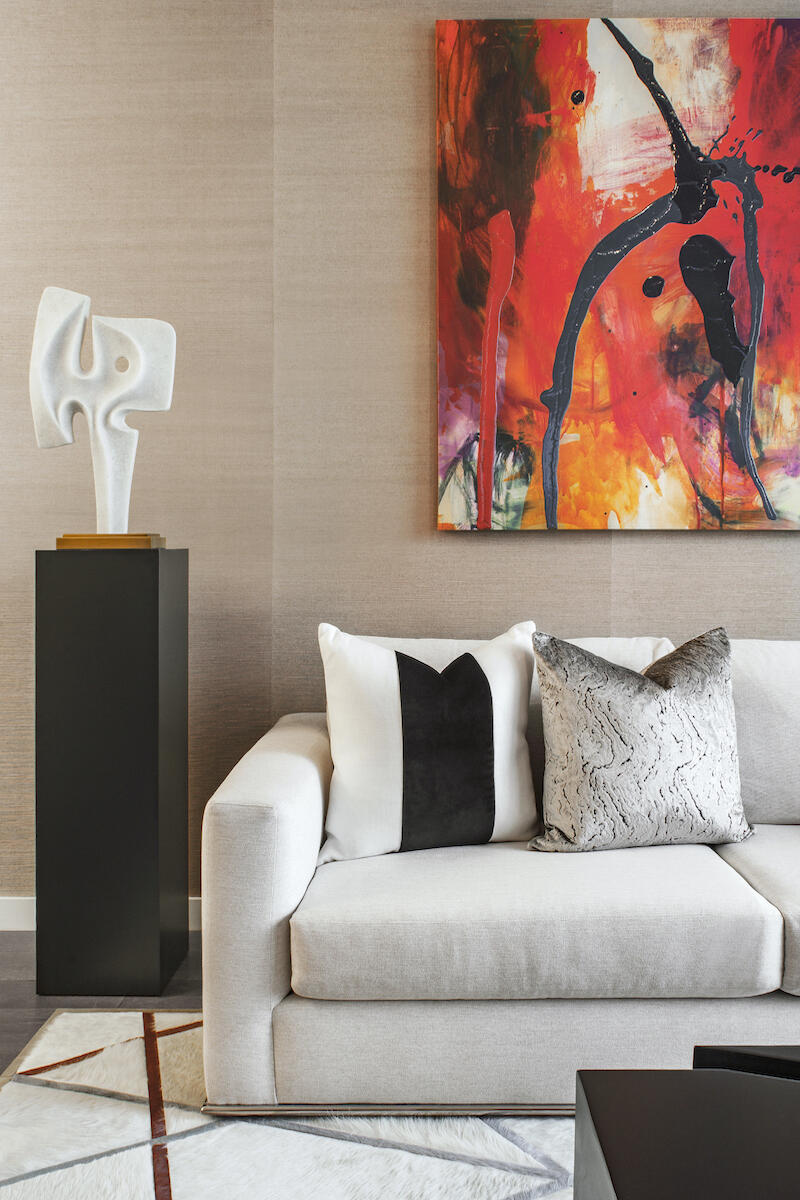 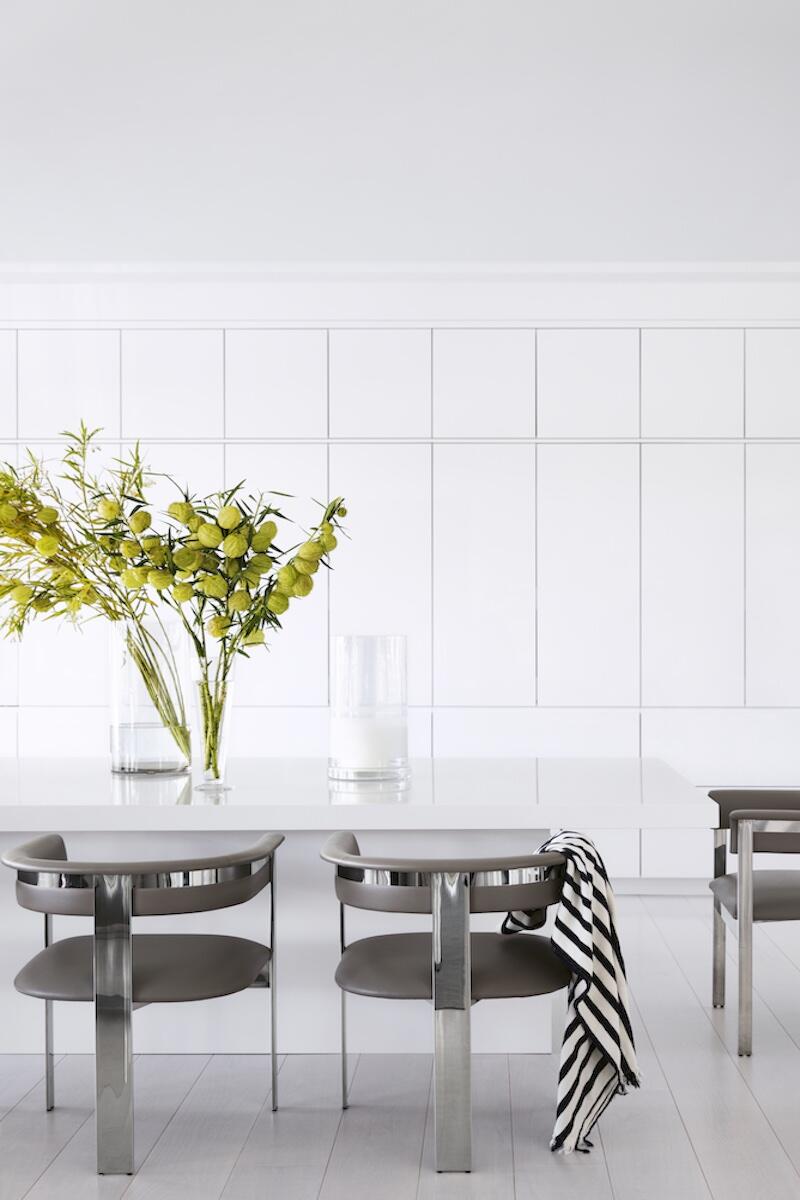 White Out
“The color that I use on every ceiling on every project is Benjamin Moore’s Patriotic White. I read somewhere that Vicente Wolfe used it, and I said, ‘Let me give that a shot.’ And I’ve got to tell you, when you put that on the ceiling, it looks like the sun is shining. We use it everywhere except bedrooms and dining rooms (where we use Benjamin Moore Bridal Pink, which casts a lovely glow at night and makes everyone’s complexion radiant). The place that I’ve found Patriotic White most effective is in spaces with lower ceilings. If you’re stuck with an eight-foot ceiling, there’s something about the way the color goes on and your eye perceives it—it’s ever so slightly darker where it touches the moldings but fades out to the middle of the room, so it gives the ceiling a literal lift.” —Billy Ceglia, Billy Ceglia Designs, Connecticut and Florida 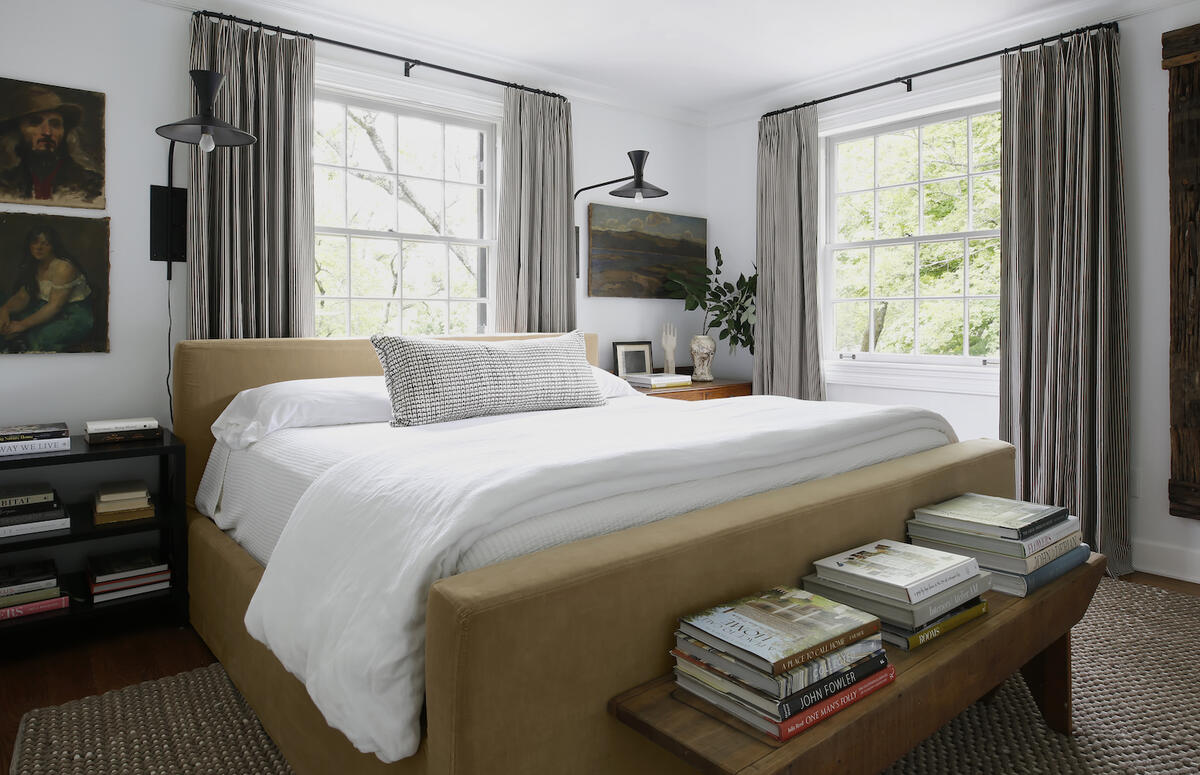 Stephanie Sabbe swears by a Taylor Linens quilt, which comes in just enough colorways to work for every client.Paige Rumore Messina

In Stitches
“There is a matelassé from Taylor Linens that I’ve used in every project since I found it in a booth at High Point Market seven years ago. It has a vertical-channel stitching pattern and it’s really soft—even my mother-in-law says it is the perfect white quilt. I have one on my bed, one on each of the kids’ beds and in my guest bedroom. They come in navy and black ticking stripe too, so between the three, there’s a good option for every bed. I don’t really show my clients other bedding because I just know this one is going to be a winner.” —Stephanie Sabbe, Sabbe Interior Design, Tennessee