This season’s design books aren’t just coffee-table decor; they are rife with ideas culled from around the globe. From Donald Judd’s sparse Marfa, Texas aesthetic to the all-encompassing, worldly decadence of master François Catroux, interiors across the spec- trum enjoy a moment in the proverbial spotlight this season. Crack open one of our Top five picks and see. 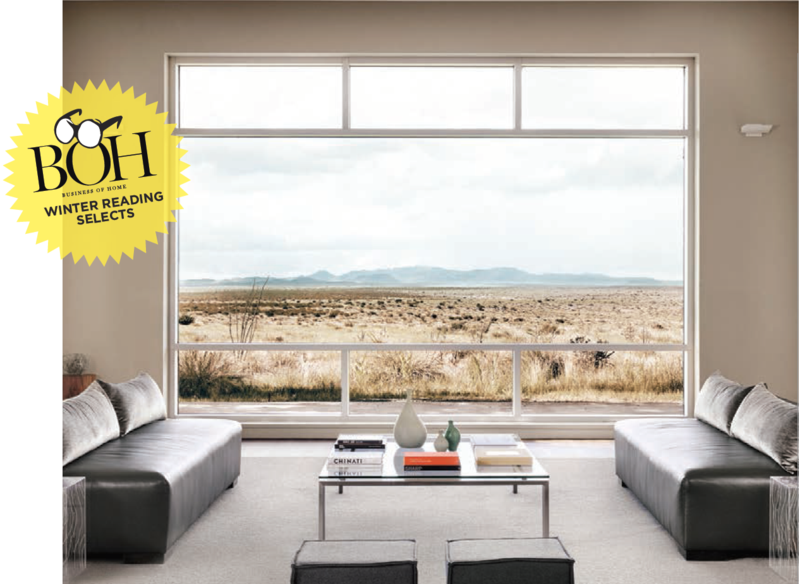 A living room from Marfa Modern 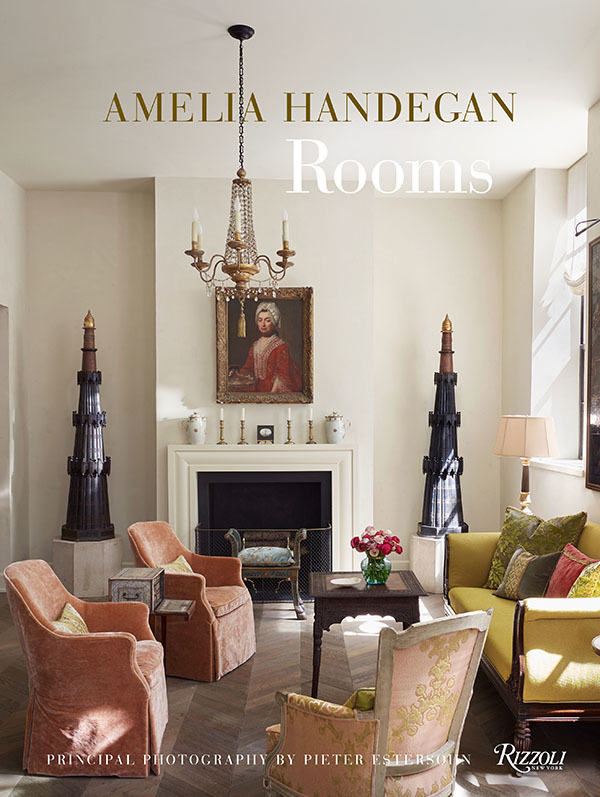 Charleston-based designer Amelia Handegan’s interiors can be found in homes topping the national his- toric registers. Her work in this book spans exquisite rooms and homes scattered throughout the South: A Blue Ridge Mountains cot- tage, a 1920s apartment in Charleston, an 18th- century Virginia plantation house and a Folly Island, South Carolina, beach cot- tage take center stage in the hardcover. (Rizzoli)

The high-desert town of Marfa, Texas, has lived countless lives since its early days as an 1880s railroad water stop. Today, it is a testament and a tribute to minimalist artist Donald Judd, who in the 1970s began reimagining the town as both a haven and a living exhibition space for fellow artists. Marfa Modern profiles 21 of the town’s residences, among them conceptual artist Michael Phelan’s reincarnation of a Texaco station and designer Barbara Hill’s space fashioned from a century-old dance hall. Two hundred photos capture Marfa’s design and distinctive vibe. (The Monacelli Press) 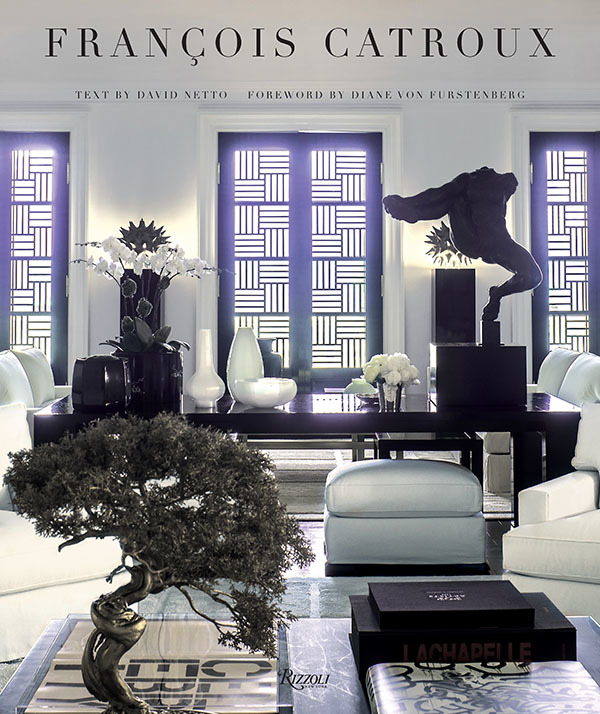 The clientele of Algerian icon François Catrouxis a roster of the ultra-wealthy and uber-elegant: Roman Abramovich, Guy and Marie-Hélène de Rothschild, Leslie and Abigail Wexner and Princess Firyal of Jordan. An interior and furniture designer in his own right, author David Netto delivers an illuminative tribute to the AD 100 interior designer via a chronological journey through Catroux’s early-years projects, beginning in 1968, through the most recent, finished in 2016. Netto’s book is the first to provide a detailed account of these interiors, and it comes at a fitting time: The revered designer celebrated his 80th birthday in December. (Rizzoli) 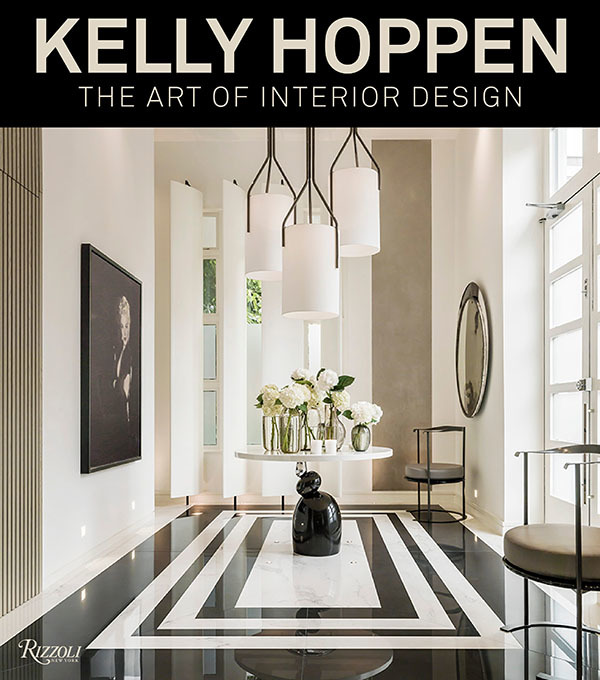 Forty years of Kelly Hoppen’s career are exhibited in this elegant presentation. Previously unseen projects abound, as do images of Hoppen’s own residences, categorized into sections titled “Trademarks,” “Mood Makers” and “The Edit.” The result is a compelling look into the renowned designer’s early days, the detailsof her process and some insights on her design heroes. (Rizzoli) 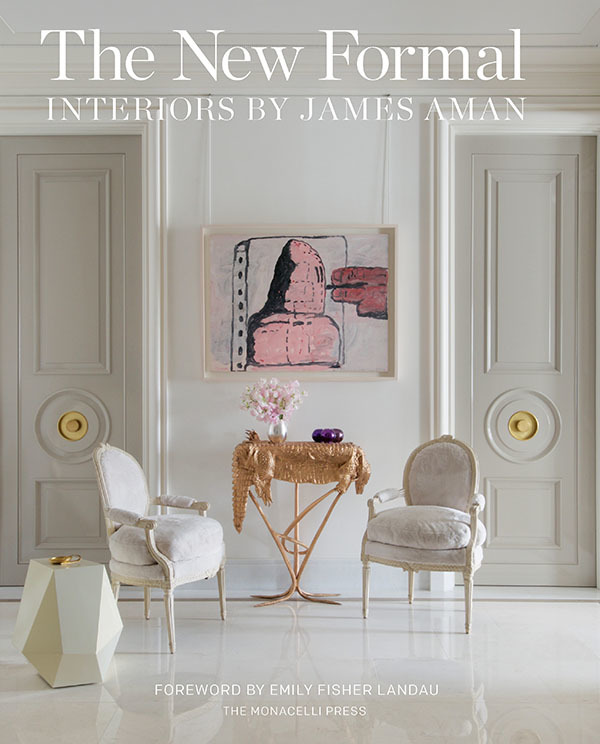 Artworks by Picasso, Dubuffet, Léger, Giacometti, De Kooning and Rothko appear in designer-author James Aman’s tome. Ten projects, each captured with new pho- tography, reveal glorious art from top private collections in The New Formal. Design and the arts provided an outlet for Aman’s creativity and a respite from his dyslexia, and his book profiles projects including art collectorclients’ interiors from Palm Beach, New York City, the Hamptons, and Greenwich, Connecticut.(The Monacelli Press)

This article originally appeared in Winter 2017 issue of Business of Home. Subscribe or become a BOH Insider for more.
Keep up with BOH
Our quarterly magazine features in-depth analysis of the topics that matter most to the interior design community.
Subscribe » Order Past Issues