How one textile designer is turning trash into treasure

sustainability | Feb 22, 2021 |
How one textile designer is turning trash into treasure

A “waste not, want not” philosophy has given a Dutch textile designer an innovative approach to design—and led to a collaboration with Adidas that explores reuse in surprising ways.

The biggest influence on experimental textile designer Simone Post has been an unlikely one: trash. While studying fashion design in the Netherlands, learning about the industry’s waste prompted her to change course. “I was curious about sustainable alternatives to materials like polyester and cotton, and one of my professors told me that fashion is inherently not sustainable, so if I was that concerned about it, I might want to consider another profession,” says Post. She took the advice, transferring to a new university to study textile design. A deep concern with the life cycle of textiles had taken hold.

After graduating from Design Academy Eindhoven in 2015, Post got an internship at the Dutch fashion textile company Vlisco, which makes vibrant prints for the West African market. She was immediately struck by the amount of misprinted fabric that was destroyed each year. “I saw how much of this beautiful material was left over and I knew I had to do something with it,” she says. The company agreed that she could find a new use for the discarded textiles, but under the condition the prints wouldn’t go to market in their original form. “It was a unique challenge to be given a pre-consumer material that is already beautiful, and to have to think of an entirely new use for it,” she says. She spent months thinking about what she could do with the fabric she’d been given. 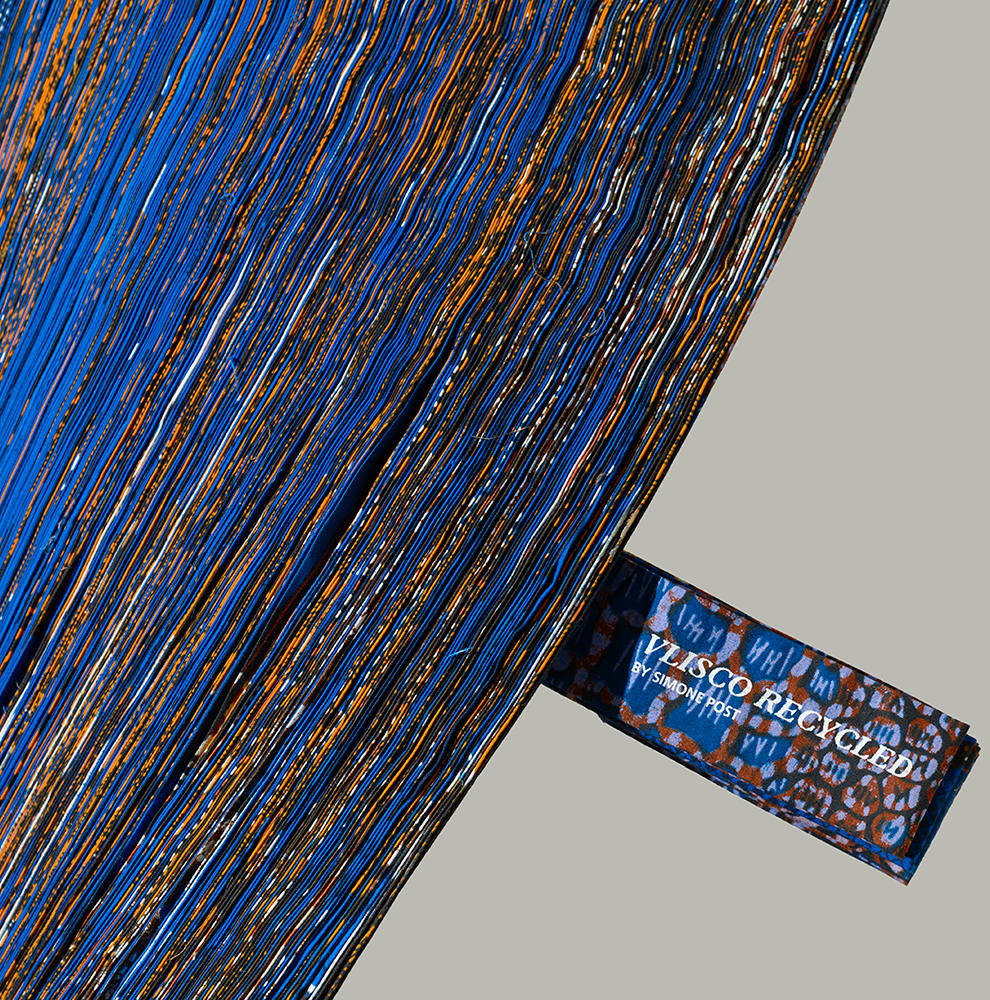 A close-up look at one of Post's rugs, which is made out of repurposed fabric.Mathijs Labadie 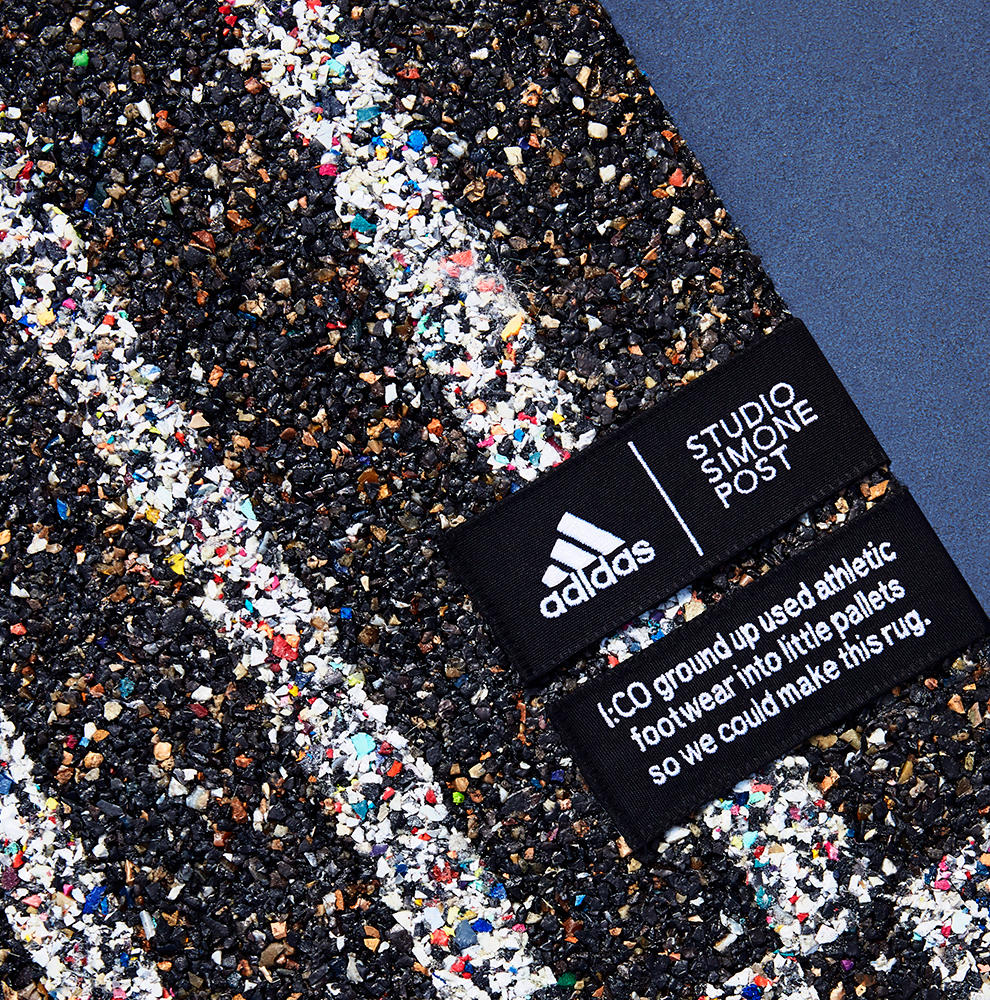 Eventually, taking inspiration from the side view of a fabric roll, Post started coiling nearly two miles of the material to create her first carpet. “It was a magic moment,” she says. “If you’re open in the process, you get surprises.” The project, dubbed Post-Vlisco, debuted in 2017 and prompted the designer to launch her own company, Studio Simone Post. The rugs, which are still in production, have already been acquired by several design museums across Western Europe. The designer has since turned her research from the project into a book, Post Vlisco: The Beauty of Waste.

That work with Vlisco led Post to a collaboration with Adidas in which she transformed recycled sneakers into rugs—an experiment that, in many ways, was the inverse of her first project. The shoes, a mix of hard and soft plastics and soft textiles, were shredded into pellet-like bits. “Post-consumer waste is so different,” she says. “I was experiencing it as trash. It was just a big gray mess and I had to find the beauty in it.” Going back to design basics and organizing the waste material by color proved to be her breakthrough, resulting in a graphic line of terrazzo-esque mats. “It was actually quite a small idea when you think about it, but new possibilities started to come through once it was sorted that way,” she says. “When you have contrasting colors, you can always find patterns and make them into prints.”

The lesson that materials can be used in ways they aren’t necessarily intended to be used was one that the designer first learned as a child from her mother, a seamstress who taught sewing classes from their home. “There were at least 10 sewing machines in our house, so we were always making things,” says Post. “I had a lot of creative freedom, and my mother encouraged the idea that you can make anything out of anything if you have the imagination, which has stuck with me in my work. As long as I can remember, I’ve played with materials—I remember trying to make shoes out of paper once!”

While she has had success with her work so far, Post acknowledges that her bespoke take on reuse is difficult to implement on a large scale. “With Adidas, for example, you would have to be doing it in such a big way to really make a difference in the amount of waste we’re producing,” she says. “We’re all caught up in this huge system and it’s hard to break out of it.” Still, she hopes that her designs prove that even without relying on new materials there is room to be creative. “There are such beautiful things that can be created out of what we consider trash,” says Post. “I really believe that through the power of creativity, we can turn things around.”

This article originally appeared in Winter 2021 issue of Business of Home. Subscribe or become a BOH Insider for more.
Keep up with BOH
Our quarterly magazine features in-depth analysis of the topics that matter most to the interior design community.
Subscribe » Order Past Issues