Sometimes you walk into a room, and there’s no other way to describe it: It simply feels right. Chances are, that vibe is no accident. It might just be feng shui.

Being particular about the feeling of one’s home is no novelty—it’s a 6,000-year-old trait. The ancient practice of feng shui is, in its simplest form, understood as the pursuit of harmony and balance in an environment. Sounds straightforward, but plenty scoff at what Franklin, Tennessee–based designer and feng shui practitioner Amanda Gates calls “the ominous F-word,” and dismiss it as a pseudoscience.

The practice of feng shui is, in many ways, akin to the practice of yoga. As with yoga, there are ample health benefits to reap, whether or not you embrace its spiritual foundations. The modern notion of feng shui treads the line between pragmatic applications of design—solutions at once striking and simple, like separating working and sleeping spaces to reduce anxiety—and harnessing the power of energetic forces beyond the physical. While masters of feng shui observe the underlying philosophy of the practice, its principles are also rife with common-sense design solutions. 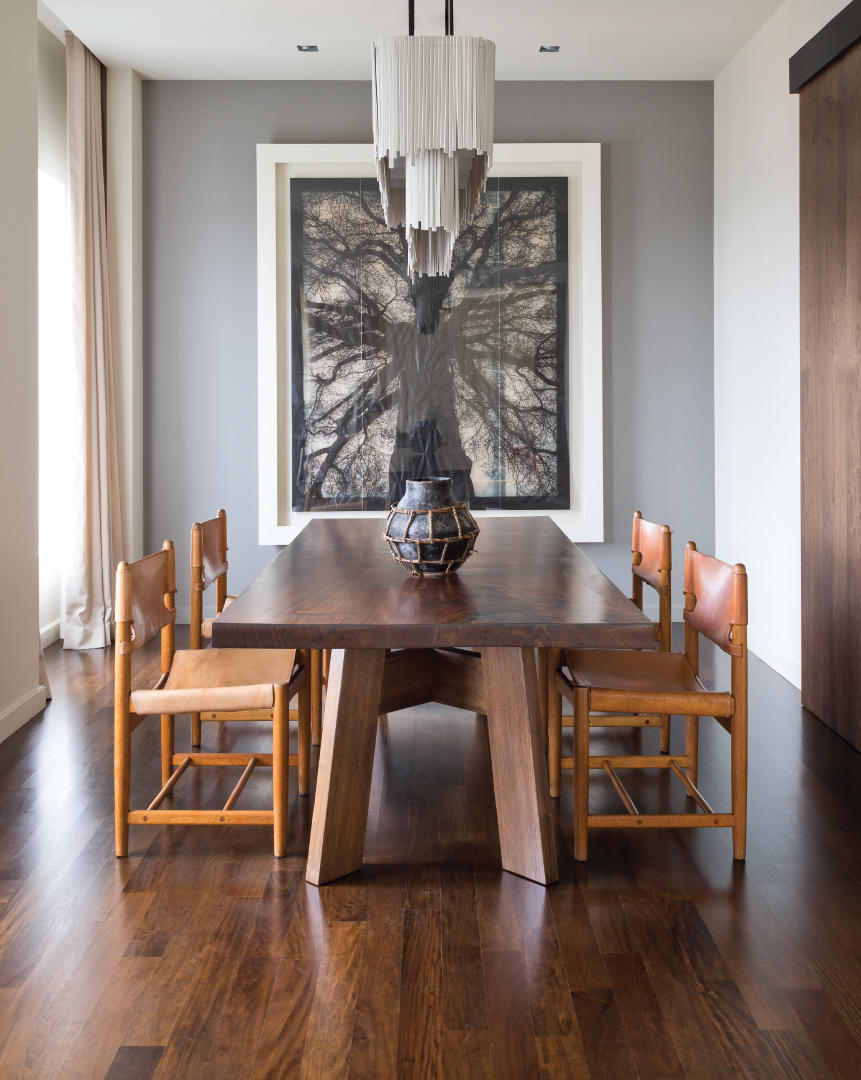 Like many feng shui practitioners, Gates did not set out to work in the field. A former premed student, she describes herself as someone who relies on measurable evidence. After leaving medicine, she took a chance on a book about feng shui while looking for design advice to redecorate her own home. Those initial do-it-yourself lessons have since been fortified by formal instruction and 25 years of refining her practice. “The number-one rule with any kind of energy work is to drop all expectations,” she says, brushing aside the skepticism that surrounds feng shui. “In the Western world, we’ve adopted this ‘if I can’t see it, it doesn’t exist’ mentality. The problem with that theory is, we can’t see Wi-Fi but our devices work. We can’t see gravity but we’re not all floating around.”

The basic notions behind the Chinese design philosophy have been around for centuries, but it was only in 1950 that American scholars began to translate texts on the practice into English. By the early 1970s, fueled in part by interest in President Richard Nixon’s historic 1972 trip to China, mentions of feng shui began to ripple through American media. In the 1980s, His Holiness Grandmaster Lin Yun—a Taiwanese leader in the world of feng shui—began teaching at the University of California, Berkeley; by the 1990s, the practice had reached the mainstream, amplified by a host of self-help books and headlines like “Feng Shui or Feng Phooey?” in The New York Times in 1997. Skeptics certainly remain—but so do clients hoping to harness feng shui’s purported benefits.

How does a designer today begin to tap into the teachings? Start at the beginning, says author Sarah Rossbach, who in 1983 published one of the first English-language books on feng shui. By 2000, she had published three more titles on the subject, including Interior Design With Feng Shui, a how-to manual for designers. Rossbach outlines three basic concepts: tao, a process and principle linking man with the universe; yin and yang, two primordial forces, complementary yet opposite, that make up all aspects of life and matter; and ch’i, a unifying principle of energy that connects everything in the universe.

For all the mystical images conjured up by feng shui, the root of the practice is inherently pragmatic. Growing up in Ireland, Clodagh—arguably the grande dame of holistic design—spent her childhood years polishing the family silver. The experience was a formative one, shaping her sense of what a home should be and how it should feel. (“You should not have to take care of the house; the house should take care of you,” the designer said on an episode of the Business of Home podcast.) As she pivoted from fashion to lifestyle design, Clodagh didn’t realize it then—but she was designing with feng shui.

In 1981, when the designer was first looking for a place to live in New York, she was shown a loft that featured a 40-foot wall of ivy in the back. “All of the green—the little Irish girl inside me leaped,” recalls Clodagh. “There was, literally, a charge.” She hired a local architect and started designing the loft. “I put things together very methodically, always thinking about how my husband and I live, ” she says of her process. After the family moved in, her stepdaughter invited a friend over to the loft for lunch. “The friend said to her, ‘Does Clodagh do feng shui?’ And my stepdaughter said, ‘Feng what?’ So she asked me, and I said, ‘Feng what?’ Her friend was editing a book by Sarah Rossbach, who has been one of my feng shui masters ever since.”

“In the Western world, we’ve adopted this ‘if I can’t see it, it doesn’t exist’ mentality. The problem with that theory is, we can’t see Wi-Fi but our devices work. We can’t see gravity but we’re not all floating around.”
Amanda Gates

Much of the press that flowed over the following years heralded Clodagh’s penchant for soul-soothing, clutter-free spaces and an indulgent, holistic expression of minimalism. Still, Clodagh sensed that not everyone seemed attracted to the practice at first glance. She remembers one client, a businessman in the finance industry, who asked her to design an apartment that featured a long corridor. “I have to bring Sarah in,” she thought to herself at the time, but her husband urged her against it, worrying that doing so would lose her the client. So she found a compromise: She hired Rossbach of her own accord, but said nothing to the client. Shortly after, following the publication of an article praising the designer’s work with feng shui, the client called Clodagh to ask why she hadn’t used feng shui on his home. “So I confessed,” she recalls. “I said, ‘Well, actually, I did. You just didn’t know about it.’”

Brooklyn, New York–based textile designer Caroline Z. Hurley came to feng shui only recently, and understands the hesitation about the spiritual side. “The elements of a space have to be authentic to the individual,” she says. “To go out and buy a weird fountain [just] to bring water into the space—most people just don’t want that.” Instead of following prescribed fixes, she leans on the essence of the practice’s teachings—one that will sound familiar to rapt followers of Marie Kondo. “It’s a really simple principle: Does it spark joy or not?” 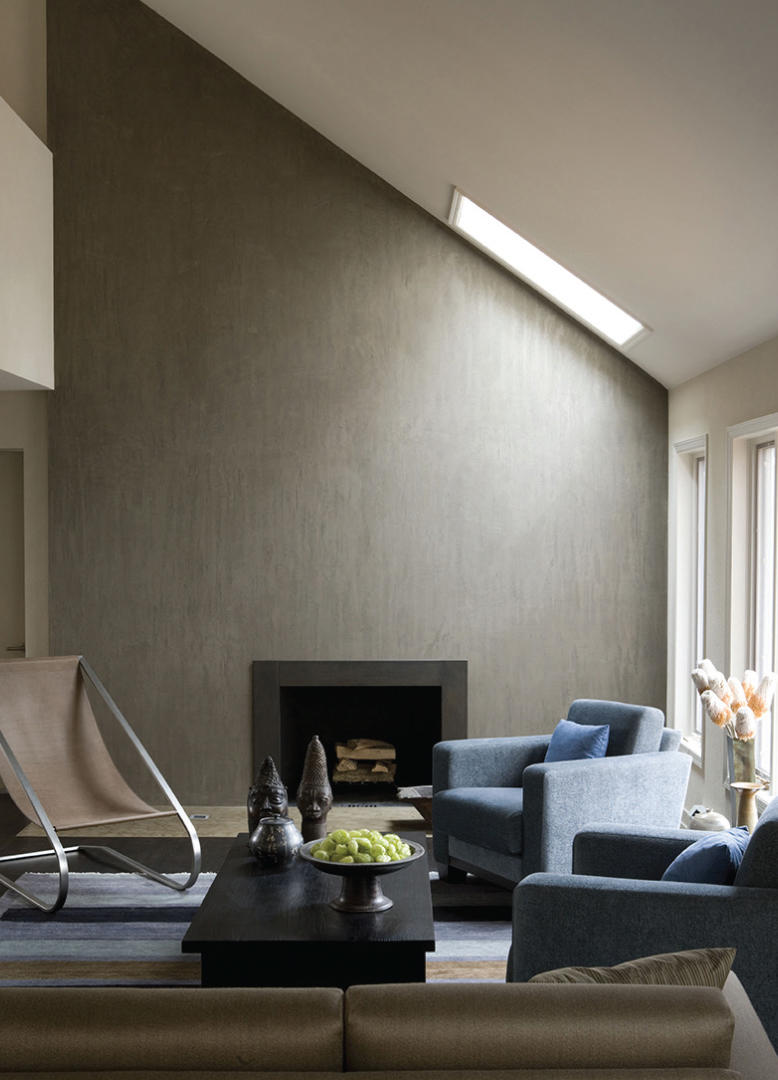 Clodagh was inspired by the savanna for this family home filled with low-slung pieces and walls in a non-toxic plaster.Keith Scott Morton

Kondo’s KonMari method is, at its core, a streamlined presentation of feng shui’s tenets packaged neatly for today’s mass market. But while clearing out clutter is believed to allow for a greater flow of ch’i and a more balanced space, does tidying up a living room qualify as feng shui? For holistic feng shui consultant Laura Benko, the home should make the connections between mind, body, spirit and space. “It’s so much more than aesthetics,” she says.

Hurley, meanwhile, found in feng shui a natural explanation for an innate approach to life that had always manifested in her design choices, from an affinity for natural fibers and hand-loomed textiles to the colorways she preferred. While she embraces the focus on energy that underpins the practice, Hurley emphasizes its practical applications in her own work. How-to feng shui books also advocate certain pragmatic approaches that purport to invite good energy—and make good design sense too: Add a mirror or a source of light to the wall facing a room’s entrance; keep technology and work-related items out of the bedroom; and incorporate plants to bring organic energy into a stale space.

Designers interested in building feng shui into their practice must first open their minds to something beyond the physical, says Clodagh. The “feel” of a room is just that: intangible. From there, she emphasizes the importance of light, and understanding how best to diffuse it in a space.

For her part, Benko suggests starting with the client: “Really listen to their emotional, physical and spiritual challenges.” Then, introduce natural elements, full-spectrum lighting, an air purifier and take a streamlined approach to arranging the
space. Adding plants, finding colors that suit the purpose of a room, and orienting furniture so it feels welcoming are other subtle strategies.

Feng shui isn’t an all-or-nothing proposition; it doesn’t even require a change in taste. As Hurley says, “It’s about rearranging things that you already have and care about and getting rid of things that don’t serve your life.”

Juice cleanses and sound baths may be trending these days, but the pursuit of wellness is a time-honored tradition. The ancient Greeks called it eudaimonia, meaning “human flourishing” or “prosperity.” The ancient Egyptians believed in the vital life force energies ba and ka. In China, the centuries-old practice of feng shui was thought to bring harmony and order to the built environment.

Now, as then searching for a more meaningful connection to well-being through our spaces is a worthy quest. This article is part of a series chronicling the many paths to a more holistic home.

Taking Shape: How a spiritual practice has transformed one designer’s career

Homepage image: A mix of wood, fire, metal and stone in a living room by Clodagh | Keith Scott Morton