Sandow to take over operations for NYCxDesign in 2020

Sandow’s campaign to conquer the design media landscape marches on. Today, the New York City Economic Development Corporation (NYCEDC) announced that the brand will take over operations for the NYCxDesign festival starting in 2020.

“We look at this as an opportunity, but [also] as a huge responsibility,” CEO Adam Sandow said at a press conference this morning. “It’s always tough to go from public sector to private sector. I can imagine initially people might get nervous and say, ‘Wow, is this just going to become so privatized and focused on profit?’ We look at this as a responsibility to take this incredible, going-on-seven-year foundation, and expand and add to it.” 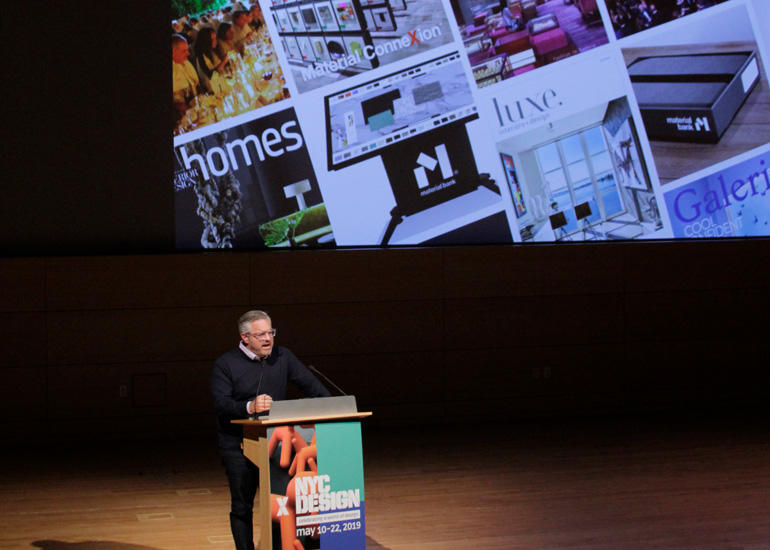 Adam Sandow at the press conference this morning.Courtesy of Sandow Media

Sandow began its partnership with the festival when it hosted the annual NYCxDesign Awards in 2016, in collaboration with NYCEDC and ICFF. “In seven short years NYCxDesign has gone from the new kid on the design week block to a big daddy of design excellence and innovation, becoming a worldwide hit,” explains Cindy Allen, editor in chief of Interior Design magazine. “We are beyond excited to propel the design community and our beloved city into the future through NYCxDesign.”

“The operation and leadership of NYCxDesign will be completely agnostic, it will be separate and distinct from all of our brands and will work with our brands in the same way that we’ll work with outside brands,” says Sandow. “Our focus and responsibility is to grow what Ed [Hogikyan] and the entire NYCxDesign team, the EDC, has built.”

The move follows a public Request for Expressions of Interest issued by NYCEDC this past summer. The festival’s organizers offered operational control to outside bidders in hopes of expanding the event’s scope even further. Following seven years of growth, the EDC determined the program would realize its full potential if managed by an outside company, Sandow Media said in a statement.

Since the festival's inception, the NYCEDC foresaw it being taken over. "Our hope that it would get to a point where it would live on its own," Hogikyan, CMO of New York City Economic Development Council, tells Business of Home. "We [the NYCEDC] were the incubator for the program. We recognized it could use more dedicated and focused attention."

Following the RFEI, NYCEDC received more response than it anticipated, says Hogikyan. After submissions, there was an extensive review period during which Sandow Media was selected to take over. Its role was solidified in the week before the announcement.

"Sandow was the best equipped to really take NYCxDesign to the next level," says Hogikyan. "A lot of ideas they had for growing this program in the future were really, really innovative." Those plans will be shared once they're finalized, however, criteria for selection in the review process included expertise in design as well as the creation and execution of large events, a strong global network, and whether the organization would remain true to the festival's core mission of promoting and growing New York's design community.

NYCxDesign has added more than $50 million to the gross city product, according to NYCEDC president and CEO James Patchett. It has over 330,000 attendees and almost 400 events annually, and, in 2019, will be stretched out across all five boroughs.

“As a member of the NYCxDesign steering committee since its inception, the New York Design Center is excited to see what the next chapter of New York Design Week brings,” Alix Lerman, CMO of the center, tells Business of Home. “Design should be celebrated throughout all branches of the industry, from contract and industrial to residential interior design. Sandow’s diverse portfolio will support and expand the reach of the already impressive monthlong event.”

In recent years, the brand has added a variety of companies to its portfolio, from fashion retailer Fred Segal to smaller deals like the purchase and rebranding of market research firm Contract Consulting Group. Notably, Sandow has raised over $15 million to develop Material Bank, an online platform that aims to disrupt the memo sampling system, slated to launch early this year.