Los Angeles is an agent town. Actors have them. Directors and producers have them. And increasingly, so do photographers, hairstylists, makeup artists and (for real) influencer pets. Everyone, it seems, except for interior designers.

“I couldn’t understand why we’re the only creative category that didn’t have representation. I mean, people who do nails have representation,” says L.A.-based interior designer Estee Stanley. “There’s so much gray area in this industry, and I think so many designers and architects get taken advantage of—there are no boundaries anymore. Someone needs to rewrite the rules of the game.”

Stanley hopes to be that someone. For the past few years, she’s been developing a business to bring the premise of a Hollywood agency to the design trade. Called The Eye, Stanley’s creation is kicking into high gear this year, signing talent, negotiating contracts and offering designers the tantalizing prospect of telling difficult clients, “Don’t like it? Call my agent.” 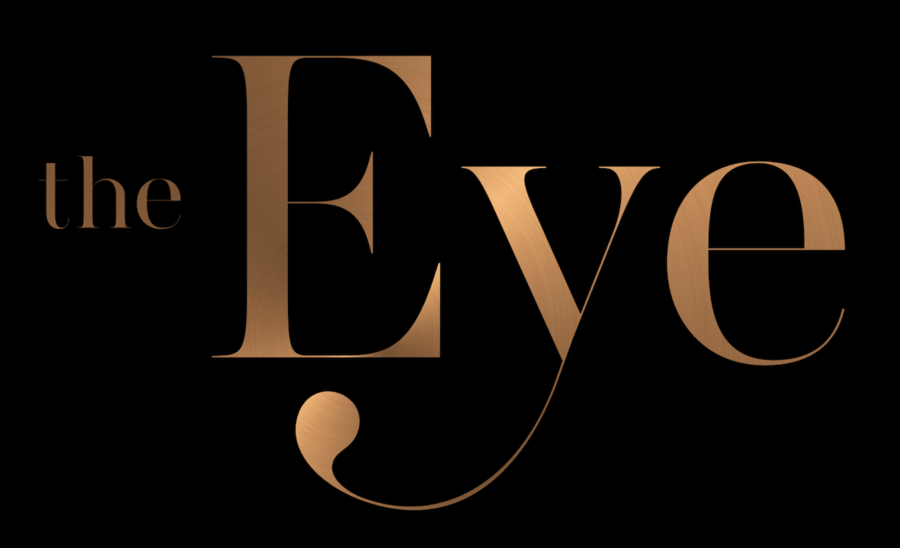 Estee Stanley’s The Eye is a talent agency—for designers.Courtesy of The Eye

It’s in its early days, but it’s not hard to see the appeal—or how neatly the agency model addresses the classic dilemmas of the design profession. Much as they might for an actor or screenwriter, an agent for The Eye would help designers with two of the most common pain points: getting work and talking about money. For the first, Stanley is planning to tap into a robust network. For the second, she’s jumping into the line of fire.

“It’s a really personal business,” she says. “[Designers are] in people’s homes, and the relationships are very close. For homeowners [working with me], they know what they’re being charged, and if they need to kvetch, they can call me, and they don’t have to have an awkward conversation with the designer that makes everything feel terrible. It’s a layer.”

Stanley herself is in a unique position to know the benefit of a professional buffer. Prior to working in design, she was a fashion stylist, and she and her partner were represented by an agency. When she went out on her own, she cut ties and decided to try negotiating her own contracts. The experiment lasted a few weeks, and then she started hunting for a new agent. “After dealing with this company and that lawyer and dealing with that contract, I had had enough. You need it.”

Confident that designers will see it the same way, Stanley isn’t requiring clients to sign an exclusive contract with The Eye—they’re free to work independently on projects if they choose. Currently she's working with Fran Hickman, Jake Arnold, Chiara de Rege and Elizabeth Roth, as well as landscape designer Art Luna and architects Luno Design and Harrison Architects.

“We’re in a time now where people want to have design firms that are just design. I don’t want to have conversations about money, because it sours things,” says Arnold. “Negotiating agreements can be awkward, because we have personal relationships with clients. … A lot of times people will undercut what your worth is, because you don’t have someone fighting on your behalf.”

Another crucial component of Stanley’s pitch: a standardized pricing structure. When working with The Eye, designers will always charge for their services the same way, starting with an upfront design fee, then a flat fee divided up monthly over the course of the project. In return, The Eye will take 10 percent of what a designer earns. (For work connecting designers to brands and corporate partners—another area Stanley is hoping the company can grow into—the agency takes 20 percent.)

When I tell the designers, ‘You are getting paid to work, not to beg somebody to like something,’ they love it.
Estee Stanley

The dollar amounts and the flat fee that designers earn will vary. A well-known veteran would command a larger upfront fee than a newbie. Some projects might call for a smaller design fee and larger project fee, or vice versa. Stanley’s aim is not so much that all interior design should cost the same, but that clients should be able to compare apples to apples when making a choice.

Her concept also neatly offers something to both sides of the equation. Since clients will know the overall size of the budget at the outset of the project, there won’t be as much suspicion or bickering over individual decisions. And while designers may lose out on the occasional bonanza payday that comes from a shopping spree, the prospect of reliable income will certainly appeal to many.

“Everyone knows what they’re making, no one’s bummed they didn’t sell four couches in two months, and the client knows they have a timeline and need to make decisions,” says Stanley. “When I tell the designers, ‘You are getting paid to work, not to beg somebody to like something,’ they love it.”

Eliminating product markups as the central source of income is certainly a hot topic in the industry. Generally speaking, if designers could live off of their creative talents as opposed to their markup, many would. However, in an open, Wild West–y market, where it can be easy for one designer to undercut another by lowballing a design fee and relying on markups to make up for it, it’s easier said than done.

Likewise, some clients will commit to an overall budget and timeline at the onset of a project, but remodels will take twists and turns. For that reason, some designers are wary of overly committing to a flat fee too early—especially if they don’t have a third party to nudge the client along.

However, if The Eye takes off, and other agencies pop up to compete, Stanley’s pricing model could evolve into an industry standard. Maybe even more impactful—the trade would become more and more professionalized. Nighttime texts about paint color would likely decrease (a little, at least), timelines would be a little more reliable, and there would be someone else to crack the whip and get clients to make their minds up about that trim.

For now, it’s a business concept in development mode. But if successful, Stanley’s brainchild could reorganize the industry.

None of it will be easy. This isn’t the first time that someone has attempted the cat-herding challenge of organizing a group of interior designers, some with more success than others. Notably, the collapse of design disruptor Homepolish earlier this year proved that the business can be remarkably difficult to manage at scale (founder Noa Santos would sometimes pitch the premium tier of his service as “CAA for designers” when asking for exclusive contracts with designers).

Underscoring that point, most of the longer-lasting companies that have played with similar concepts to The Eye have been smaller in scale. In the 1980s, former fashion and shelter editor Karen Fisher started a service called Designer Previews, connecting (mostly New York–based) clients to designers and collecting a finder’s fee. It was a modest success, and Fisher became known as the “design matchmaker” for a certain slice of Manhattan.

After Fisher passed away in 2011, design journalist Donna Paul took over Designer Previews and runs it to this day. Another company, the Design Advisory Group, founded in 2018 by former House & Garden associate publisher Bernadette Murray, operates on a similar principal, connecting clients to the likes of Jamie Drake and Amy Lau.

Stanley’s approach differs from those of the matchmakers in a number of subtle but meaningful ways. For one, there’s a little bit of stardust to The Eye—the framework of “a Hollywood agency, but for design!” is a compellingly glam elevator pitch. Her advisory board also gives off a touch of sparkle—it includes Elle Decor editor in chief Whitney Robinson (he sang the praises of Stanley’s model on a recent episode of the Business of Home podcast) and Nicole King, a partner at powerhouse agency Management 360 (where her clients include Jennifer Garner, Kat Dennings and Giovanni Ribisi).

For another, The Eye has a strongly designer-centric vibe, as opposed to other services, which often focus on getting a good match for the homeowner. After all, an agent works for the talent, not the client. Stanley’s own background as a designer speaks to that element of her pitch. More than lawyers or business managers (and certainly more than tech entrepreneurs), she’s telling designers: I get how it works, and I’m on your side.

“She has a way of making people understand why things cost the way they do,” says Arnold. “She’s been in the industry a long time, and knows the woes designers go through—it comes from a personal place. It would be very difficult for someone to take this on who hasn’t gone through it themselves; it’s such a strange industry, it’s like nothing else.”

Of course, the proof is in the execution, and much is to be done. Stanley is currently talking with investors and potential partners that can help The Eye grow. She’s also on the hunt for other people who might make great designer agents—no easy feat, considering the occupation didn’t really exist a few months ago. But early reactions have been positive, and Stanley herself possesses that mix of type A candor, empathy and professional delicacy that makes for a promising agent.

“The goal of the agent is to never let anyone know anyone’s upset,” she says. “That’s why there are agents. I’m pretty sure when Naomi Campbell shows up a day late for a photo shoot, even though everyone’s going crazy, when she walks in, everyone kisses and makes up.”