magazine | Apr 28, 2022 |
Why this designer reserves all of her Monday meetings for her team

When Atlanta-based designer Whitney Ray founded Wyeth Ray Interiors with architect Joel Kelly in 2017, she started out slowly—taking three or four projects a year at first, then making a few hires. Then, in 2021, growth came quickly: The firm ended the year with six employees and 29 projects in the books, and had more than doubled its revenue. 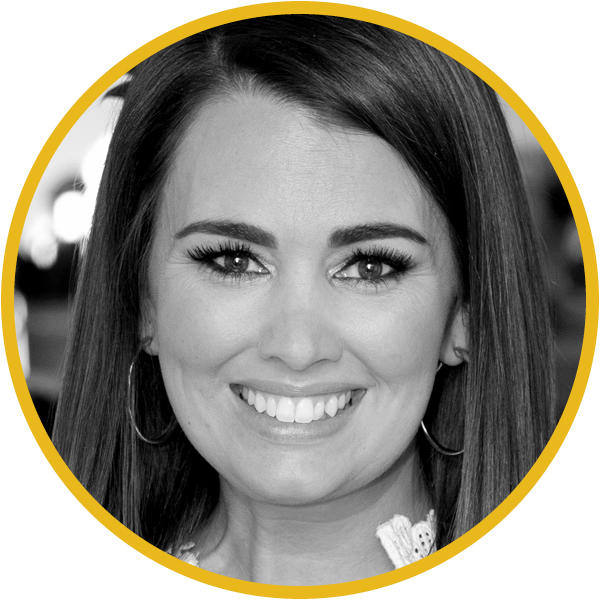 How has your job changed as your firm has grown?
I never really had an interest in delegating. I like designing the project and being super hands-on through every part of the process. It happened to me at an install just this morning: No one could figure out how to put the bed together, and then I get under there and I’m like, “Guys, this is it.” So I think the hardest thing for me is understanding that I can’t be that for 29 projects. I could work 24/7 and still not be able to do every single thing, so I need to find where delegating is good for the project and where it’s not. For certain things, junior designers are not comfortable, or they don’t want the responsibility of making the decision. So it’s figuring out how to encourage them to grow in their position but making sure they’re at the level that they need to be as well.

How do you balance that for so many people who are at different points in that journey?
At our size—there are six of us—I’m able to make it an individual journey. I do reviews every six months, and every time I say, “These are the things that I think you’re outstanding at, and these are the areas of opportunity. How can we get you to that next point?” The goal is to have senior designers someday so that I can take even more steps back from the day-to-day, which means that I can take on more jobs. But I don’t think that it helps the company move forward if anyone is uncomfortable in their role. They’re not only trying to be better designers, they’re trying to understand my aesthetic and why I do the things the way I do so that they are comfortable doing them as well, and all of that takes training and one-on-one time.

You said you’ll need to step back more to grow. Are you preparing for a role where you are further removed from the day-to-day?
I don’t ever want to be a figurehead, but I also don’t want to be the person who solves every problem. While I still want to have my hand in the design phase, there is so much follow-up that goes on—and right now, I still try to make sure that I’m aware of it all so I’m never caught out of the loop. I never want a client calling me to ask a question and I have no idea what they’re talking about. I think the goal would be to set the general guidelines for the project and then hand it over to someone who can bring their own spin to it—letting them bring things to me that maybe I haven’t thought of, and having the design process be a little bit more collaborative. And then they feel ownership, which I think will help them throughout the project to be more comfortable in a role of responsibility. To me, a senior designer is definitely not a principal designer—it’s not the person making all the final decisions, but it is someone who has more responsibility on their shoulders to make decisions.

How have you gotten comfortable with sharing responsibility?
I think that if I were talking about not even being involved in some projects, I’d be having a panic attack. But for me, it’s more the realization that a slight step back could be a massive step forward at the same time.

What are the important lessons you want your junior designers to learn?
It’s a lot about the psychology behind the design. For example, say we know what the right design decision is but a client is struggling with it. This is why you can’t just tell your employees, “Do it this way.” You need to massage it—clients need to understand the reasons and see photos and maybe even a SketchUp model. We need to get them on our side so that they trust us—gaining trust from a client is by far the best thing you can get. They’ll follow you down any avenue if you can get that trust. Instilling that knowledge in my junior designers, in addition to teaching the design itself, is really important.

Explaining as you go sounds easy, but it adds a step to everything you do. How do you find that time to coach your staff?
We’re extremely organized about having time on the calendar to review things. On Mondays, for example, we don’t take client meetings. Instead, we have a very large team meeting where I go through every project with the junior designers to find out where they are, what they’re doing, what they’re working on that week and how we can get to the next step. Then there’s free time on my calendar in the afternoon for them to come back and say, “I couldn’t get that to work. What do you think about this?” Making a specific time for coaching and communication gets rid of that awkward “Can I get 30 seconds of your time?” as you’re rushing out the door.

How has putting energy into growth felt for you?
I feel immensely proud of the amount of growth that we’ve been able to not just have, but also handle well. There have definitely been days where we are very stressed, but there hasn’t been a situation that we haven’t been able to overcome or figure out a way to make work. We are very much a team. And I think that’s why we’ve been successful. I don’t think that we could have been successful if we were competitive with each other in a bad way. Competition is good, but it does you no good to want someone else on the same team to fail. We’re all cheering for one another, and that mentality is something that I’m very proud of.

Do you want to keep growing the firm?
I am a sucker for growth. I have no issue adding to the team if we need to, but growth doesn’t necessarily mean more projects. It can also mean bigger, more substantial projects. I went into this year with the mentality that being a little bit more selective in our projects is another level that we’re going to rise to. I think that it’s definitely going to be a good year for us. Knock on wood.

Homepage image: In a room for the Southeastern Showhouse in Atlanta, Whitney Ray created a luxurious layered study that seems to glow from within. | David Christensen