magazine | May 26, 2022 |
How this designer teaches his employees to own the problem, then the process, then the project

After a decade at Polo Ralph Lauren, Michael Cox co-founded the New York–based design firm Foley&Cox with fellow Ralph Lauren alum Mary Foley in 2002. In the two decades that followed, he has honed a process for mentoring young talent—but never stopped learning himself. 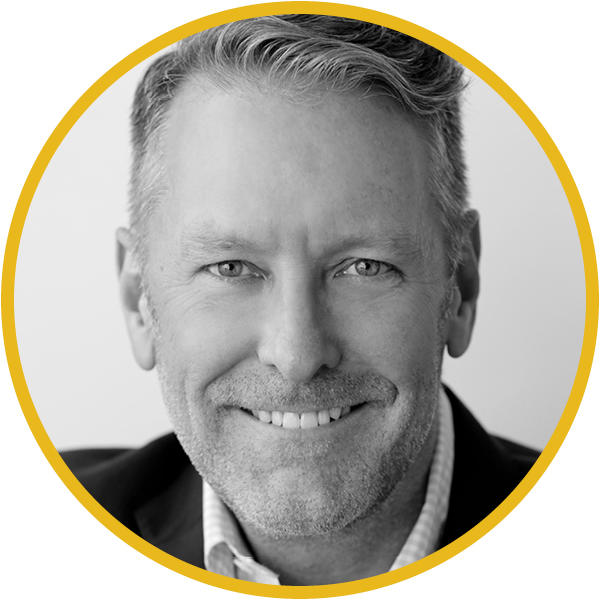 What were your guideposts when you started thinking about how you wanted to grow your team?
I was at Ralph Lauren for 10 years, and I often refer to myself as a graduate of Polo University. It was an amazing decade of postgraduate work in terms of the opportunities that corporation gave me within the home sector. From the moment Mary and I left that environment to start a firm, we knew we wanted to create an office in which everyone was challenged by where they were in their career development.

That’s hard to do.
It is, but 20 years later, we now have a team of people thinking and working that way, and it’s incredible to witness the sharing of experience. We’ve been intentional about implementing certain triggers to make sure we stay focused on that. It can be something as simple as the postmortem we do at the end of every project. With the crazy pace of our projects and the industry, you often work on a project for 12 or 18 or 24 months—and once you do the install, it’s easy to be like, “Happy client, project completed, onto the next one.” But we decided that, no, it’s important to take a moment, sit down as a team and reflect. What went well, and what was an unanticipated curveball? What could we do differently—and better—on the next one? We share that with the team that was involved on the project, but then we also share it with the rest of the firm so that we can incorporate [those findings] into some of the standard operating procedures we have established. It’s an important moment to take the time to say, “We’re all learning together.” We’re all at different parts of our career path, but there’s always something to share and learn from every step of the way.

Is that something you’ve always done, or is that a more recent development?
I would say, to be frank, the first five years were like, “Are we going to be in business next year?” It takes years to find your stride, and to learn the early lessons of what’s working and what’s not. Then the focus shifts from the client to the team, on some level. At the beginning, the client is the financial factor that allows the firm to survive, so that’s your priority and you are anxious to exceed the client’s expectations so that you’re building a great relationship, and then you’re anxious to find the next client.

But that wanes? That will be a relief for some readers, I think.
You get to a different stage in the development of the firm where you have more well-established relationships with your clients—hopefully they’re going to come to us for the second home or the third home—so you can focus more on the team that you’re building. There’s no way that you can operate successfully at the high end of the design spectrum without a team of amazing people.

How do you structure a firm to really reflect that ethos of developing your team members?
We’re a team of 11 with a loose organizational chart, but there are tiers that clarify a growth path. We take on interns, who often grow into a role that we define as apprentice. I think that’s something that is especially interesting, important and relevant: that old concept of apprenticeship, which goes back to the leather goods and metalwork industries, where young people were brought in to be trained and developed very carefully, slowly and intentionally. After that, we have a design assistant, and then designers and executives. That loose structure gives incoming individuals a clear idea of opportunities for growth, and a sense that there is a path toward development and evolving in their careers. As people evolve within the firm—I say that first you have to learn how to own the problem, and then you have to learn how to own the process, and then you can learn to own the project.

That concept of being carefully, slowly, intentionally developed—does that still resonate with young people today? Everyone seems like they’re in such a rush!
That’s a great question. The majority of the feedback I’ve gotten is that it feels unique and special to the people who have experienced it—I would say 95 to 99 percent of the feedback has been positive. And especially if they’ve come to us from another firm, they talk about the difference in our onboarding and initial development process—the intentional team-building meetings and inspirationsharing sessions we have.

What makes that onboarding process so different from what happens at other firms?
There is a very specific structure: A new employee comes in with a highly defined schedule for their first two weeks at the firm, including a scheduled time with every team member and a focus for those meetings. Each team member has an agenda so that the apprentice has the opportunity to interact with everyone on the team and also get that individual’s perspective on a specific aspect of the business and the process and the firm.

Now, 20 years in, we’re at the point where we’re developing our own roster of Foley&Cox graduates. We’ve grown and cultivated individuals who have gone out and started their own firms, and that’s incredibly gratifying to witness and to know that we were a part of that development. I mean, obviously as the business owner, it’s a bittersweet moment because you don’t want to lose this amazing person you’ve enjoyed working with and watched grow. But at the same time, for me as the founding principal, it’s like, “As an entrepreneur, how could I deny that entrepreneurial spirit in someone else?”

So many designers lament that loss. I think that’s a really beautiful way to think about it.
I want to be very transparent about that and say, again, it’s not all roses. It’s a bittersweet moment.

It probably feels very catastrophic in the moment.
The first time it’s a dagger to your heart. The first time is the worst. But then I was able to put it into the context of how I was developed and learned so much at Ralph Lauren. I was challenged so much by my years at that company. How could I not be proud of continuing that? And that’s a natural part of the process.

How has your job changed as you’ve developed and grown your team?
There is a tipping point that you reach in your career when you begin to recognize that you have as much to teach as you have to learn. That’s an interesting moment in all of our evolutions. It’s like you’re a sponge, absorbing so much design inspiration through research and travel and working with incredibly talented artisans and craftspeople, and so you’re constantly learning and you never want to stop learning, obviously. But you do reach a point where you begin to say, “Wait, I have a lot to share, and I need to be much more focused and intentional with the sharing of what I’ve learned.”

Have you ever felt a sense of loss about parts of your role that you delegated to others?
Almost every day. The most top-of-mind example is from last night. I was at a dinner celebrating Amy Meier, who just launched a collection for Hartmann & Forbes, and one of her team members asked me something about being in the showroom. I said, “Well, yeah, I’m sure my team knows.” Unfortunately, I am now at a point where I’m removed from that process of going from showroom to showroom gathering samples. I’m farther removed from that than I’d really like to be, because I love it. It’s the thrill of the hunt and the thrill of discovery. That’s the DNA of a designer, right? That’s how you start.

When did you realize that you needed to step away from some parts of the job you loved in order to focus your time and attention elsewhere? How do you make that decision?
I believe that we all have to continue to grow. I often say—I exaggerate to make a point—that if you are not growing, then the best-case scenario is that you’re stagnating, and the worst-case scenario is that you’re regressing. When you put it into that context, it is easier to focus on constantly growing and challenging yourself. And I think that’s just a great way to encourage people to push themselves and to take on something that’s a little bit daunting.