Scent and memory fuse for this sustainability-minded home fragrance brand

A lifelong fascination with fragrance inspired Alicia Tsai to create a candle company driven by storytelling.

Scent and memory are closely intertwined. For Alicia Tsai, the founder of home fragrance brand Aerangis, the quest for a candle that captured the smell of the orchids her grandfather grew during her childhood in Taiwan ultimately spurred her to start her own company. “I was working in fragrance product development, and I felt like I was always searching for that scent,” she says. Like many makers, unable to find the thing she wanted to buy, Tsai created it herself. In 2017, she started making small batches of candles, experimenting with the idea of storytelling through fragrance. By 2019, she had officially launched her own company, naming it for that orchid species her grandfather had grown in the family’s greenhouse.

Though fragrance had always intrigued Tsai, it never struck her as something she could turn into a career. She moved from Taiwan to New York in her early twenties, and eventually enrolled at the Fashion Institute of Technology. “I loved beauty products and anything with a scent,” she recalls. “I was asking one of my professors about that aspect of the industry, and they told me that there was actually a program at the school dedicated to fragrance.” She joined the program and started working in fragrance product development after graduation.

Making her company environmentally conscious wasn’t part of Tsai’s business strategy, but rather something she decided to do without giving it much thought. “In Taiwan, that’s just how people live,” she says. “At my high school, the teachers would check that nothing recyclable was thrown in the trash. I didn’t realize it wasn’t the standard until I started traveling to other countries.” Coming from that mindset, it didn’t occur to her to market Aerangis as a sustainable brand until she realized that, for luxury candles, sustainability is rare. “To me, having an eco-friendly, nontoxic product should be the baseline for a company—it shouldn’t be a selling point or something that consumers have to seek out,” says Tsai. 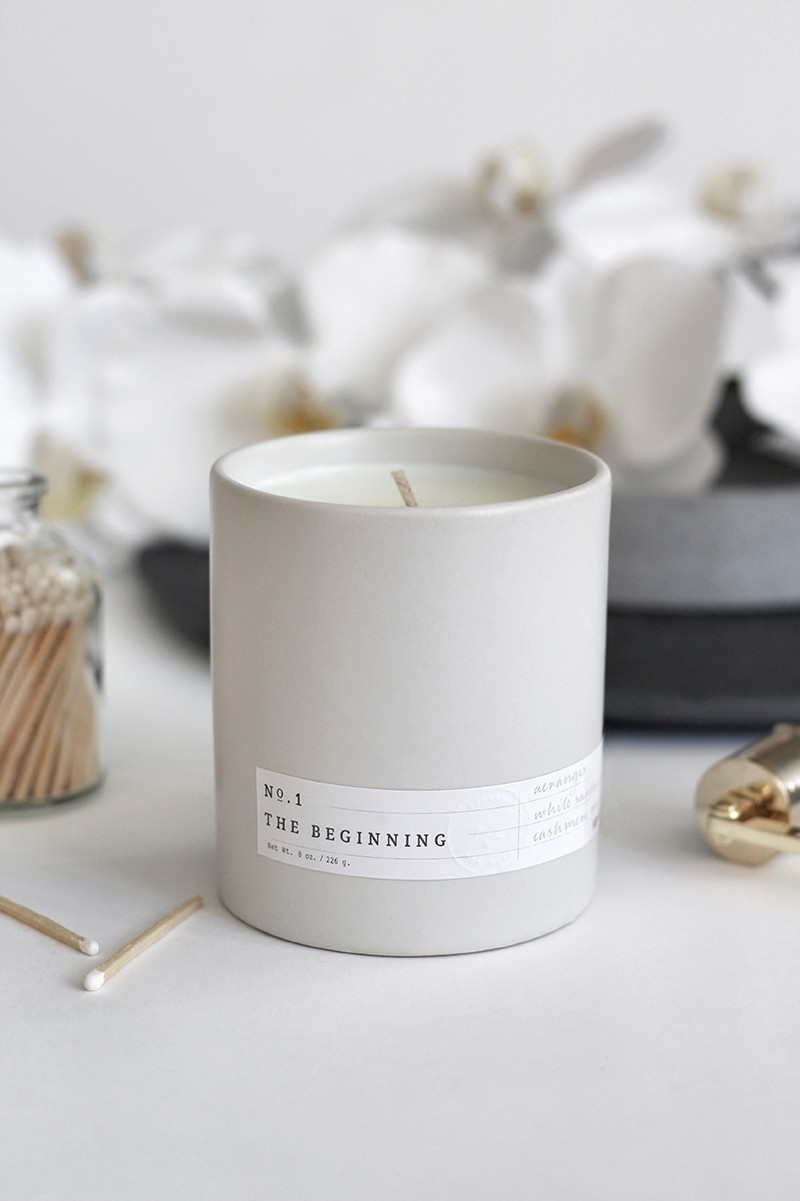 The No. 1 The Beginning scent from home fragrance brand AerangisCourtesy of Aerangis

That said, sustainability in the candle sector can be tricky. In her first batch of candles, Tsai unwittingly used a wax that contained palm oil, a product known to be a major driver of deforestation. “Luckily, it was a small order, so we were able to switch to a different manufacturer pretty easily,” she says. Creating a scent sustainably also presents challenges, as many natural fragrances have inherent drawbacks of their own. “If you’re using only essential oils to make a scented candle, you have to go further and think about where those oils come from,” she says. “Are they having to cut down forests to get to that plant? And how much water does the crop need? Sometimes the gentler solution is actually a nontoxic artificial ingredient.”

Tsai launched the Aerangis brand with the orchid-inspired scent, but has since taken inspiration from other memories—even future ones. An early exercise in creating a custom scent came a few years ago, when a friend asked her to craft a unique candle to give out as a wedding favor. “She had them burning at each table during the reception, and then had smaller ones people could take with them,” says Tsai. “People still call her and say that every time they burn the candle, it brings them back to her wedding.” Another fragrance, called Lost in the Souk, mingles Moroccan neroli, mandarin and argan flower with notes of patchouli and ylang-ylang. She developed it with an interior designer who made annual trips to Morocco to source rugs for her store—and who now includes one of the candles with each rug that gets sold.

For consumers intent on capturing their personal stories in a fragrance, Aerangis offers bespoke scents. “What I love is that each of our scents is created based on a memory, and then the consumer brings that scent into their home, creating their own new memories with that scent,” says Tsai. “It's a very human experience that we get to share in.”