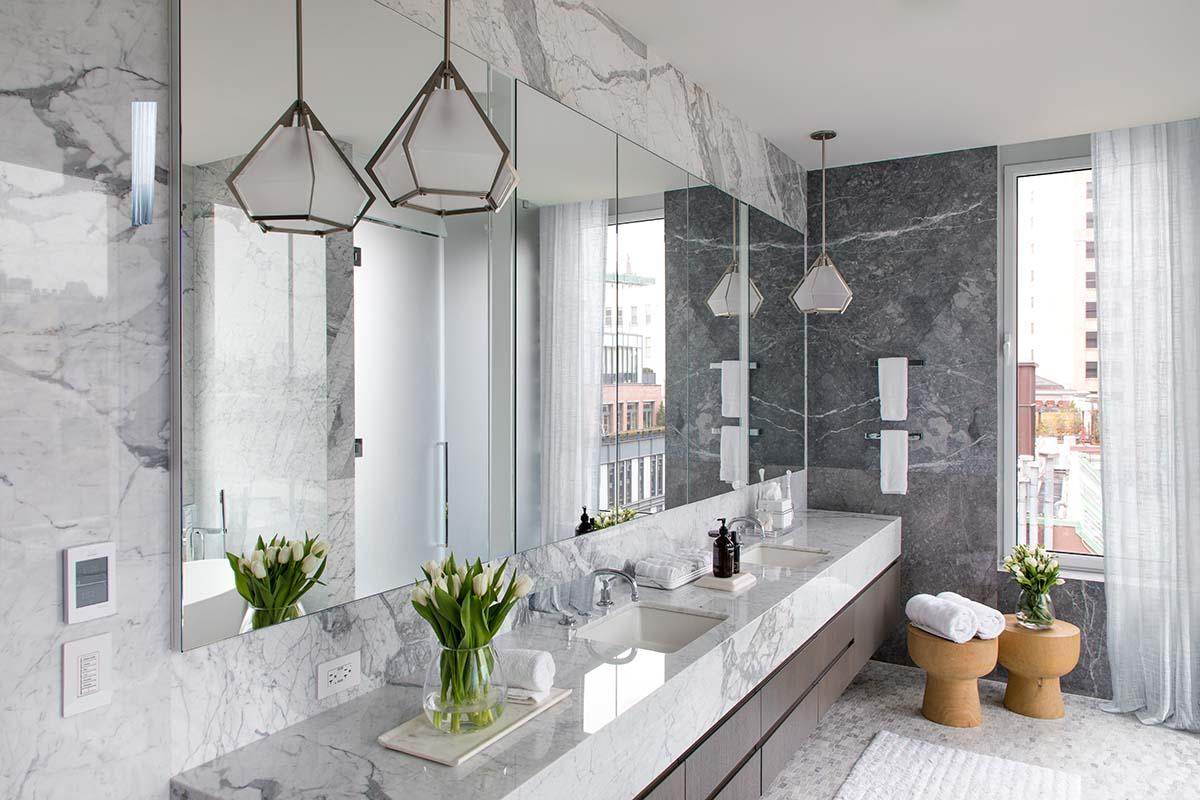 “I first came across the lighting brand Gabriel Scott about five years ago. They were still pretty new on the scene at the time, but I saw them on Instagram and loved their look. I was especially drawn to their Harlow series, and have used it a lot. One of my least favorite questions is when people ask me to label my aesthetic, because I don’t want to pick a lane. I like to bring together different influences, and with these lighting fixtures, you can really do that. The Harlow collection includes chandeliers, pendants and sconces, all of which can happily live in modern or more traditional spaces. Each fixture has beautiful faceted elements, and you can customize the metal or glass—I’ve even customized the structure. When I was working on a project that had double-height ceilings and I needed something voluminous, I worked with the company to create a custom geometric piece using three of the pendants. Whenever I present lighting, there’s almost always something from this collection, and my clients are always drawn to it. It resonates with people who like all different styles, and has a mass appeal without the products looking mass at all.” —Purvi Padia, New York 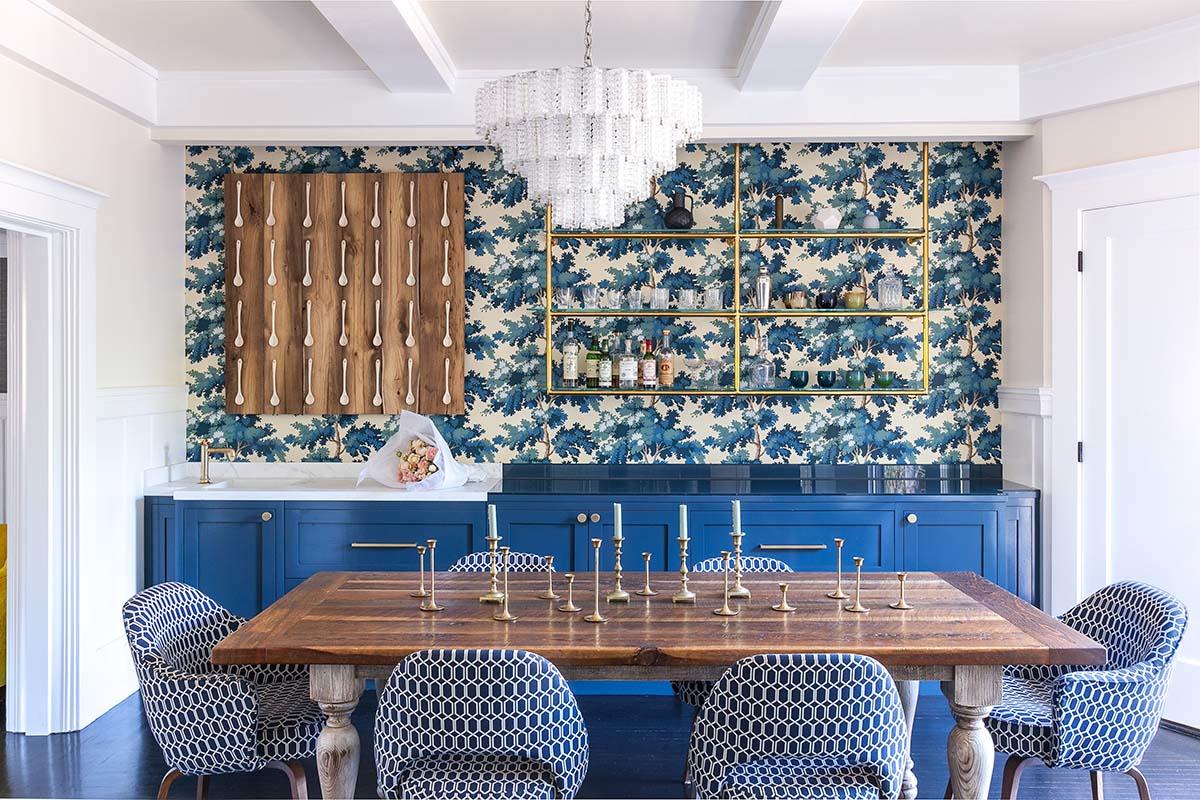 “I have a goal, as a designer, not to reuse things. But looking back at my portfolio, I have used the Saarinen Executive armchair three times. Two of those times were for the same client. We upholstered them first in a geometric blue-and-white print around a farmhouse table—midcentury furniture can so easily end up looking like it’s from the set of Mad Men, so I liked putting it into an unexpected setting. The client loved the way the chairs tuck neatly under the table but are also really supportive. Years later, the client moved to a new home and the geometric print was not going to work in the new place, so we had them reupholstered in green leather for the new dining room. When you’re buying classic, timeless pieces, you’re investing in good quality. Instead of buying new chairs every 10 years, you can recover them. Honestly, I could see these clients having them redone again in another five years or passing them down to their kids. We also used these chairs for a [different] client, who [had seen] them in my portfolio and requested them specifically. Knowing how beloved they were by the first client helped me sell them to the second client.” —Grant K. Gibson, San Francisco & Castine, Maine 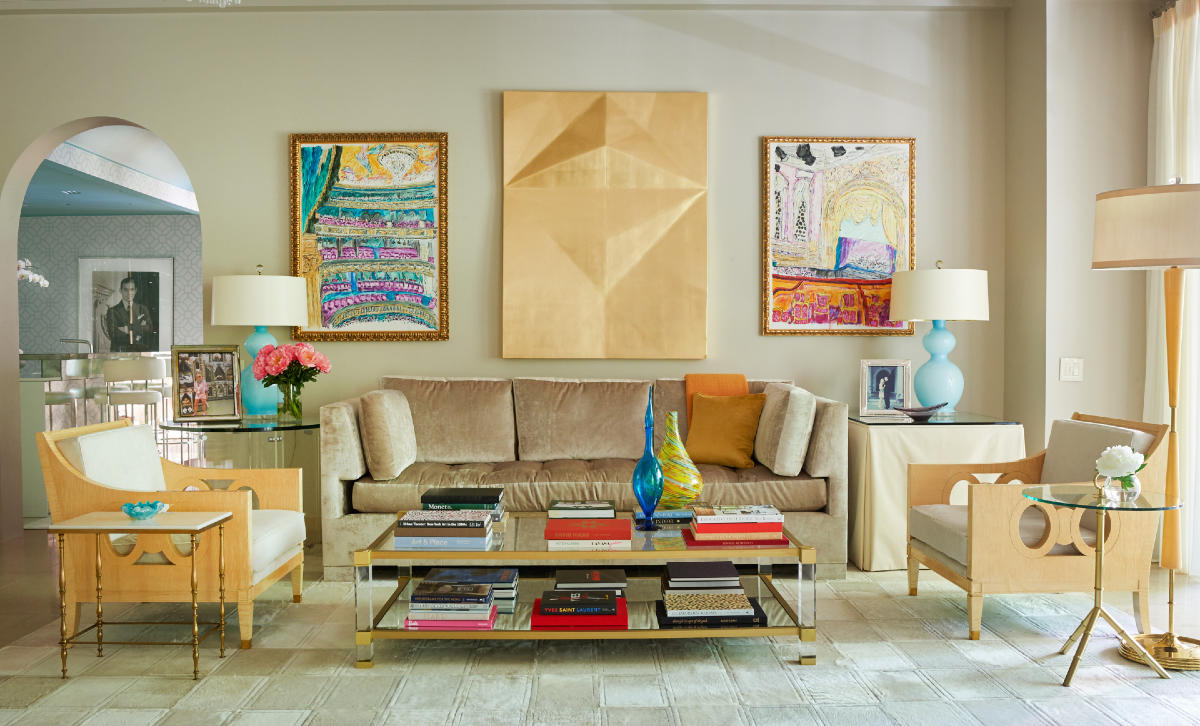 A design legend’s high-armed sofa inspired Jan Showers to create a version of it for her own furniture line.
Jeff McNamara

“Years ago, I read a book on designer Van Day Truex, who was the style director at Tiffany’s in the 1960s and had absolutely great style. There were lots of images of his apartment in New York, which included a tuxedo sofa with a beautiful high arm, and I designed my New York sofa based on that concept. I originally made it with the higher arm, but my husband couldn’t stand that idea when I was going to have one made for our town house in Dallas. I ended up making it with a lower arm, and most people seem to agree with him—they like that style much better! We do it both ways now, and over the years, we’ve seen it upholstered in patterns and solids. It looks great with almost any style. If the client wants something very sleek and modern, we usually upholster the feet; if they prefer a more traditional look, we’ll do wooden feet. No matter how it gets customized, it seems to go with anything—I can’t explain why, but it does!” —Jan Showers, Dallas