These designers are forging a new type of partnership

industry insider | Sep 21, 2020 |
These designers are forging a new type of partnership

Not long after joining Richmond, Virginia–based architecture and design firm Baskervill in 2015, designer Gary Inman was paired up with Dani Blake, a designer some 20 years his junior. Despite their age difference, the two forged the kind of finish-each-other’s-sentences connection that makes for a great creative partnership. “We speak the same language,” says Blake. “We have such a key into each other’s minds that I’ll hand him something before he asks for it.”

About six months ago, Inman started to burn out on the grind of working for a large firm and started longing for a more boutique operation. “It was a big place when I first joined, and it just kept growing to the point where there were nearly 200 employees,” he says. “It started to feel more corporate and there was less creative freedom.” Blake picked up on his dissatisfaction and started questioning her own happiness, wondering if it was time for a change. “I knew that Gary and I could continue to work well together and be artists in the design process,” says Blake. So, the pair hatched a plan to leave Baskervill and start a joint venture of their own.

A few complications arose. First, the coronavirus pandemic hit, slowing down everyone and everything. “We’re trying to see it as an opportunity, because we’ve had more time to consider our marketing in more detail than we would have otherwise,” says Inman. Then, Inman accepted a teaching position at High Point University in North Carolina, where he is also on the advisory board for the interior design department, a job that would start in 2021. “Mentoring has always fed my creativity,” he says. “I think it’s the most important thing in life, sharing information and helping another person get to a place where they understand a craft—it is the best thing you can do.” 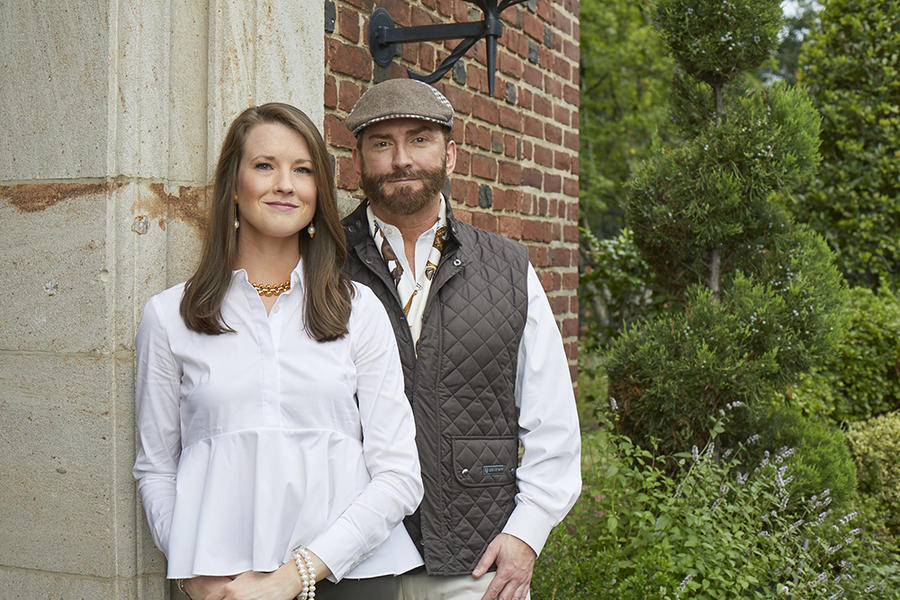 While he and Blake are both based in Richmond, Inman’s decision to spend a considerable amount of time in High Point made them rethink a traditional partnership. “From a formal, legal point of view, it made more sense to each create our own firm and keep the businesses separate,” explains Inman. “Everything is so new now—why not do something different? So, we decided on something less traditional, which we’re referring to as a ‘creative pairing.’”

Inman and Blake now each have their own LLC, but will team up on all creative portions of the business, from initial interviews through installations. “We may take on small projects individually, like if a client wants one room done,” says Inman. “But everything else will be an equal split.” The arrangement has allowed them to maintain the exceptionally compatible dynamic they had at Baskervill. “I think there’s this idea that boomers and millennials don’t understand each other, but we seem to be outside that mold” says Blake. “Neither of us are set in our generational mindset and we don’t feel judgement if one of us doesn’t know something. It’s a sort of checks and balances system that works well.”

Teaching, plus partnering with a younger designer, has kept Inman fresh as a designer and business owner. “It’s forced me to be open to new things and less confined to a certain style or look,” he says. “I think, especially now, you need a mix of skill sets and, most importantly, you need to be happy in what you’re doing and who you’re doing it with.”