Modsy, the San Francisco–based e-design giant, has discontinued its design services and laid off most of its staff. According to internal communications obtained by Business of Home, the abrupt closing follows an acquisition deal that fell apart at the eleventh hour. In a note to employees, CEO Shanna Tellerman wrote that leadership would be winding down the “corporate and legal entity of Modsy.”

The change came suddenly for Modsy clients, who vented their frustrations and confusion on social media as projects appeared to be put on pause; many sought answers about outstanding orders. The company has disabled public comments on its Instagram and Facebook feeds. According to internal communications, Modsy had been rapidly winding down its purchasing operations and had told designers it was canceling external purchasing by June 21.

For the platform’s designers, the news was also something of a shock. According to a former Modsy designer with knowledge of the situation, freelancers received notice only last week that the company would be canceling their contracts. Another designer who wished to remain anonymous confirmed that the company had let go of most of its employees, including designers, e-commerce staff, customer service agents, engineers and management.

In a statement to BOH, Tellerman wrote: “We have worked hard over the past seven years to build Modsy and never expected we would have to disrupt our business. Our focus has always been and still is, on our customers. We intend to fulfill customer merchandise orders, and we are working through a process for our design service customers.”

In internal communications, Modsy told designers it was hopeful that the company’s internal design software, Elsie (named after legendary designer Elsie de Wolfe), could be preserved for their use even as the company ceased operations, and that Modsy could set up a system independent of the platform to connect them with clients.

The development was largely without warning and is already sending shock waves through the burgeoning e-design industry. Modsy had recently been on a tear, debuting new features and services. Earlier this year, the company unveiled a new renovation service at a higher price point than its regular e-design services and brought on former Amazon veteran Veenu Taneja as the company’s first chief revenue officer. Within the last two years, the company also rolled out its iOS app—which allowed consumers to capture photorealistic 3D renderings of their own spaces—and later debuted a partnership with homebuilding giant Lennar to create “walkable” online 3D model home tours.

The venture-backed e-design platform was founded by Tellerman in 2015 around the premise of providing consumers with all-in-one online design services that combined designer guidance with shoppable 3D renderings. “I was looking at a catalog and felt like, ‘Wow, what if I could design my home with an experience like this, [where] everything is staged, everything is a real product I can buy—but what if that was in my real space? What if the environment was my room that I was shopping from?’” recounted Tellerman on an episode of The Business of Home Podcast in March. In the years since, the company built its business selling online design services that started at just $159—employing hundreds of designers, executing thousands of projects and raising more than $70 million along the way.

While the sudden, catastrophic failure of well-funded e-design platforms like Laurel & Wolf and Homepolish rocked the industry in 2019 (a smaller company, Décor Aid, also shuttered in 2021), Modsy and its close competitor Havenly stayed the course and have come to define what e-design looks like to American consumers. Now, the outlook is changing again. 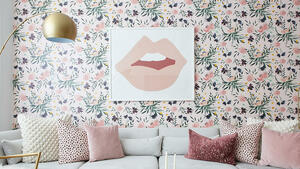 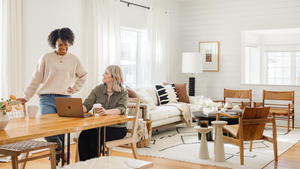 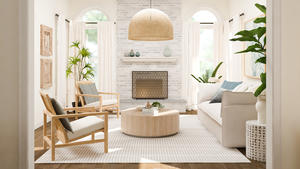 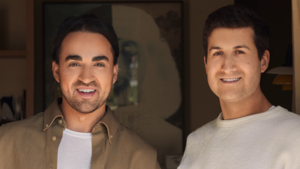