Is Lego the hottest brand in home today?

One of design’s hottest motifs right now has great colors, is very flexible—and is made up of little plastic blocks.

Lego, the bestselling international toy brand, is now showing up in all kinds of adult realms, from fashion accessories and home products to architecture. For a product that only a few years ago might have been dismissed as an anachronism in the age of tech play and sophisticated digital tastes, it’s a remarkable turn of events. And it appears that it could just be getting started.

The company was founded in Denmark in 1932 by carpenter Ole Kirk Kristiansen, who made wooden toys. The Lego blocks themselves, first called “automatic building blocks,” came along about 20 years later, although the Lego block we know now didn’t appear until 1958. Its name is a portmanteau of the Danish phrase leg godt, meaning “play well.” And for much of the iconic product’s existence, that’s what it was: a toy for kids to play with.

When that began to change is a little fuzzy. Perhaps it was when the first Lego movie premiered in 2014. Maybe it goes back much further, to the 1968 opening of the first Legoland amusement park in Denmark and the subsequent 1999 debut of the first U.S. Legoland in California, the same year Lego was named Toy of the Century. This opening was followed by two more parks, in Florida and New York, as well as a fleet of American Lego stores—91 at last count, including the recently opened outpost in Manhattan’s Rockefeller Center.

But if you thought Lego was already everywhere, you haven’t seen anything yet. The latest addition to all things Lego is a newly launched home goods line with licensee Room Copenhagen that includes small storage containers, picture frames, hooks and assorted hangers. It’s available online on the Lego site and through Amazon. Even more prominent in the U.S. is a new Lego collection at Target that, while heavy on toys and playthings, goes way beyond those core products. There are mugs, coasters, storage pieces and a number of textile offerings, including blankets, throws and decorative pillows. The Target program also features a host of Lego apparel items, from puffer jackets, sweatshirts, sweaters and T-shirts to gloves, bags and even pajamas. 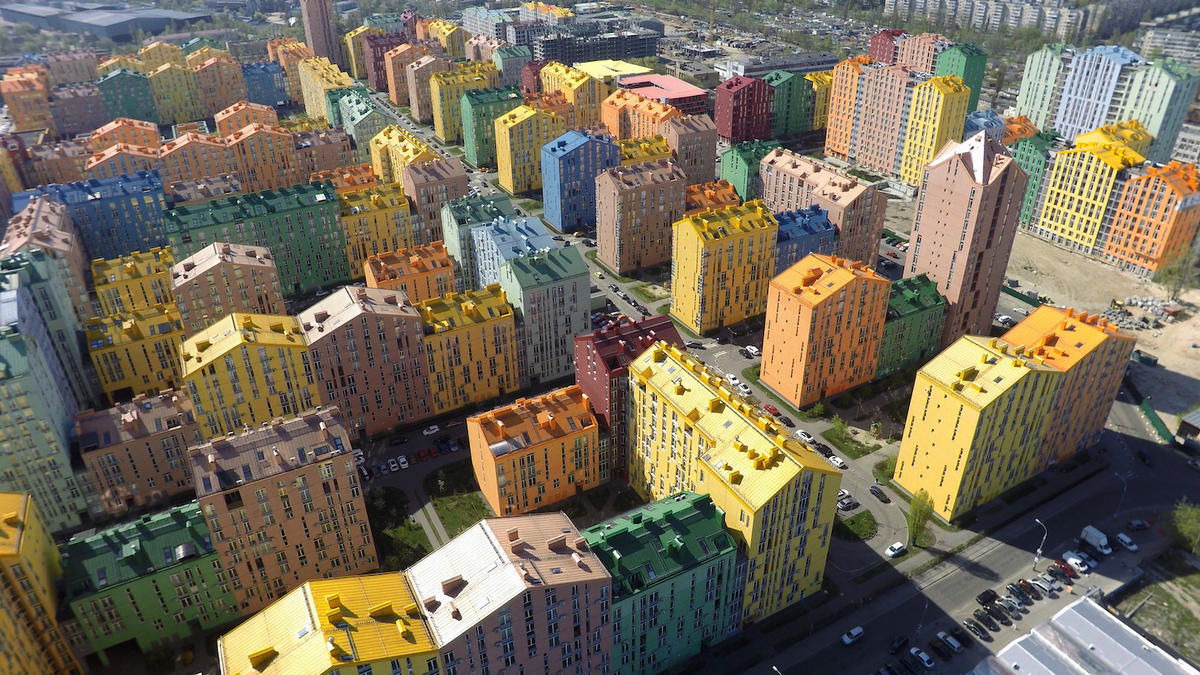 And the Legomania doesn’t stop there. A pediatrician in Staten Island, New York, is building a new office that resembles giant Lego blocks on the scale of shipping containers, saying he “wanted to create a unique space that was exciting for children to visit.” And even that pales beside perhaps the most outrageous example of Lego’s prominence in the home industry: In Kyiv, Ukraine, the architectural firm Archimatika has just finished up a residential block of apartment buildings that is pretty much an entire neighborhood of Lego buildings, right down to the primary colors. The area includes retail stores, cafes, offices and a gym. While the buildings don’t use literal Lego-style building components, anybody visiting would be hard-pressed not to get the connection.

Today, Lego sells around $3.5 billion worth of products around the globe, and it experienced an unheard-of 43 percent increase in revenue in the first half of 2021. It is far and away the largest toy manufacturer in the world, and that’s without the storage boxes, mugs, picture frames, pajamas and entire Lego town. To proclaim that the brand keeps building—well, it’s almost too obvious.