Home Depot makes a play for the home, Billy Cotton winds down his firm and more

news digest | Jan 21, 2020 |
Home Depot makes a play for the home, Billy Cotton winds down his firm and more

Home Depot may make a larger foray into home furnishings this year, predicts Warren Shoulberg in a piece for HFN. In the last two years, the company has grown its collections from rugs, lighting and window coverings to include textiles, tabletop, furniture and accessories; this year, it will transition those products from online-only to in-store as well.

NY Now and Forty One Madison will collaborate again for this season’s market. From February 2 to 5 at the Jacob K. Javits Center in New York, Forty One Madison will present tabletop brands Christofle, Lenox, Canvas Home, Match Pewter, L’Objet and others—the second consecutive show in which it will curate a pavilion.

In a personal email, Billy Cotton announced that following his appointment as creative director of Ralph Lauren Home in October 2019, he will wind down his namesake company after completing the firm’s final projects. The move comes with a host of logistical details: The brand’s design director, Michelle Ficker, and senior designer, Michael Zipp, will team up to create a new design firm, Bryant & Thomas. Cotton’s products are no longer for sale as of January, and the designs have been archived—with the exception of the successful Pick Up lighting collection, which will now be run by Brooklyn-based maker and metalworker Cam Crockford. “I will say that this has been very emotional,” wrote Cotton of shuttering the firm, which he founded 13 years ago. “I was extremely lost and afraid as I exited Pratt Institute all those years ago. That fear drove this unemployable young man to start his own business, and it would take volumes to describe the highs and lows of that journey. To all the clients, editors, buyers, friends and family who have supported me, pushed me through the failures and against all odds: I am forever in gratitude. You have given me faith when I lost my own.”

The Gallery at 200 Lex is hosting an exhibit featuring the works of James Anthony Bearden through February 13. The Des Moines, Iowa–based sculptor is using new materials in this collection, his first solo one in two years, including painted polychrome and dyed glass enamel. Works of inspiration include early Netherlandish paintings and the Gesamtkunstwerk philosophy, which asserts that artists should maintain all creative control to guarantee a unified aesthetic. 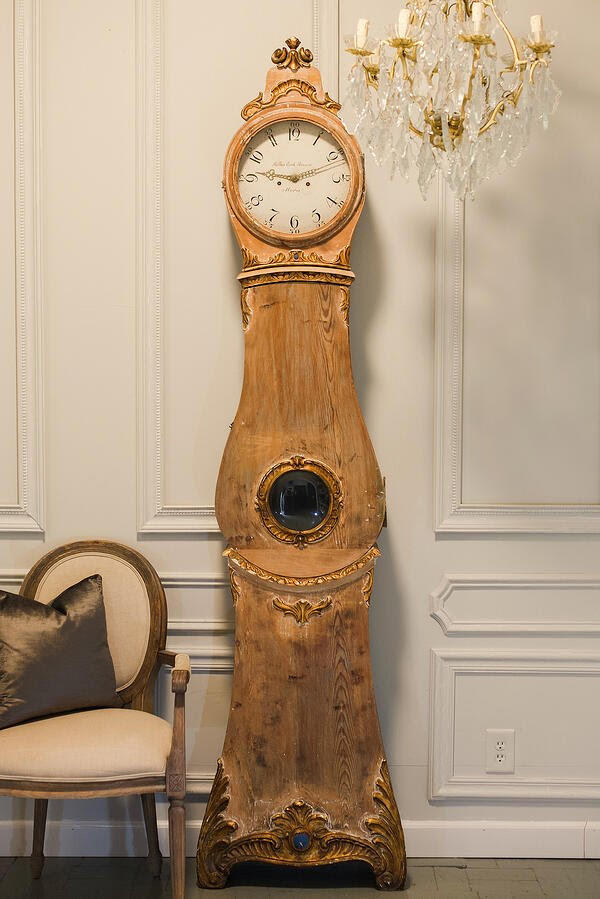 An entry from the IMC's People's Choice product nomineesCourtesy of IMC

A 100,000-square-foot Ashley HomeStore has opened in Hialeah, Florida, the largest ever opened by parent company City Furniture, reported Furniture Today. There are 12 other locations, but none include the Ashley Clearance Center & Outlet, which makes its debut in Hialeah. 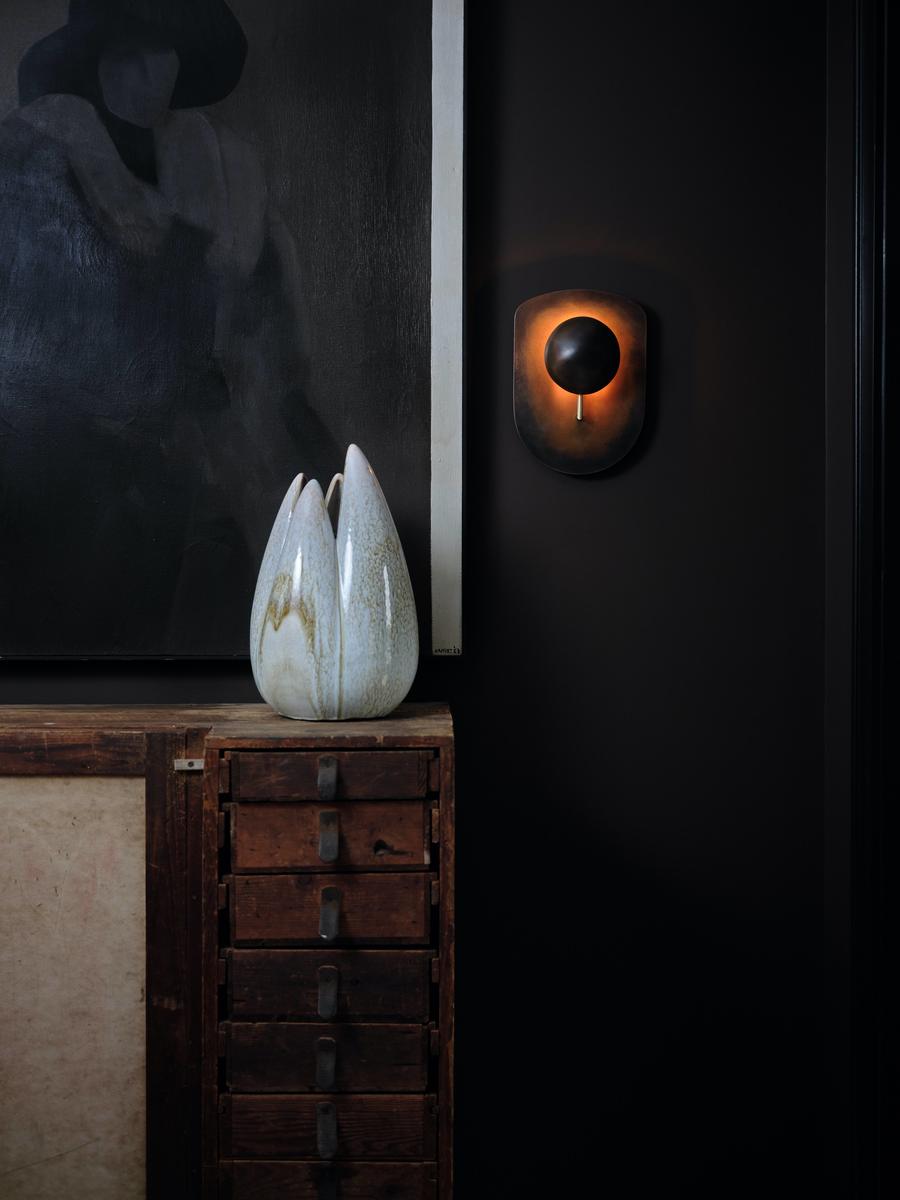 Pieces from Bespoke by Gil MelottCourtesy of Gil Melott

Leanne Ford of HGTV’s Restored by the Fords will serve as 2020 brand ambassador to international electric and infrastructure company Legrand. She will model and create inspiration using the company’s designer switches and outlets.

“Fast Furniture is an environmental fiasco,” reported The New Republic. The story cites how the Environmental Protection Agency has measured that Americans dispose of over 12 million tons of furniture and furnishings, a small fraction of which is recycled. Upholstered furniture and mattresses are especially difficult to clean and reprocess; 9 million tons of wood, metal, glass, fabric, leather and foam waste goes straight to the landfill. And while rental companies extol better practices, they don’t account for the extended supply chain. “While many producers tout their eco-conscious cred, shoppers, on the whole, either haven’t been willing or haven’t been able to afford the premium. … Eco-friendly furniture is pitched at the wealthy [but] even those ready to pay a premium are stymied by a near-total lack of transparency.”

Fast Company spotlighted a hero dad who turned his son’s sketch into a real dresser, Pinocchio-style—kind of. “Maybe creativity doesn’t die as we grow older, and one’s career can always still peak, but I think most of us would agree that the sensation of boundlessness fades as we age—that the sheer possibility of it all feels more finite,” writes Mark Wilson. That’s what makes this dresser so great. “Long story short, he wanted to build his son’s vision, but he also wanted to build his son a stable, safe dresser. [The result is as if] the sketch were pulled from the paper into real life.”

The Cut featured an interview with Brooklyn artist Mohammed Fayaz, who runs Papi Juice, an art collective celebrating queer and trans people of color via parties and panels. What would his Real Housewives tagline be, ask writers Sarah Spellings and Indya Brown? “My hair may be long, but this temper is short!” Good stuff.

Winners of the 17th-annual Pure Talents Contest were named at interiors trade fair IMM Cologne in Germany. Of 20 nominations, three were chosen, with two special mentions and the first-ever audience prize. Marie Kurstjens and Iva Coskun got first place for their collapsible table that can be molded into different shapes. Then Omit, a non-electrical, hand-operated vacuum cleaner designed by Hiroyuki Morita, took second place. Sofia Souidi’s Jojo light took third; to represent how the changing of light mirrors passing time, the light gets slowly darker before it goes out. The audience prize, which people voted for via Instagram, went to the Flow Chair by Fillip Lenarick. Special mentions went to a beanbag chair inflated by sound waves made by screaming into a funnel, created by Qing Deng; and a wooden chair designed by Sho Ota. 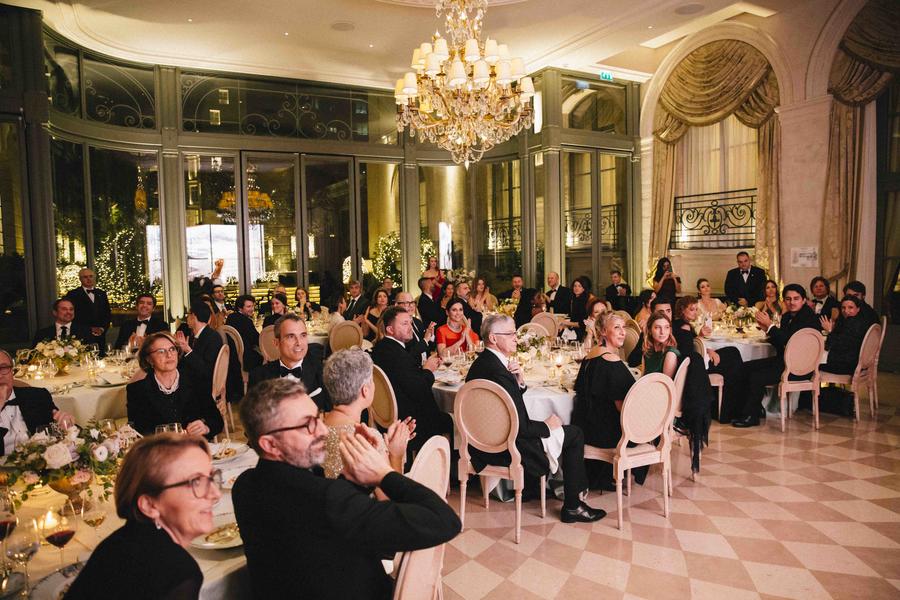 New York designer Lori Weitzner’s accessories line was recognized as a finalist at the Fashion Group International’s Rising Star awards, a competition for brands between one and six years old.