Billy Cotton was never itching to do a textile collection. “It’s just not what I was trained to do,” says the Brooklyn-based designer whose multi-disciplinary firm includes architecture, interior design, and furniture, lighting and product design. Additionally, he found the breadth of offerings in the rug category to be a little daunting. So, when Scott Group Studio approached him about collaborating on a line of rugs, he was skeptical. His interest was piqued after learning that the rugs were all made in Grand Rapids, Michigan, where the company is headquartered. “It was so interesting to me that their product was all made in America,” he says. Intrigued, Cotton made the trip to see the factory and meet the team. “I was blown away,” he says. “I felt like they could educate me on the process and get me to a point where I could really bring my voice to it.”

The collection was a first for both parties—the first licensed line from Cotton, who was recently named creative director of Ralph Lauren Home, and the first designer collaboration for Scott Group Studio. The inspiration behind the rugs, which feature six individual styles, ranges from tortoise shell patterns and Asian influences to the work of early-20th-century architect Josef Hoffmann. “I always go into every opportunity feeling like it might be my last,” says Cotton. “It’s like, well, if I’m going to do this, I want to design every great carpet I’ve ever been inspired by.” 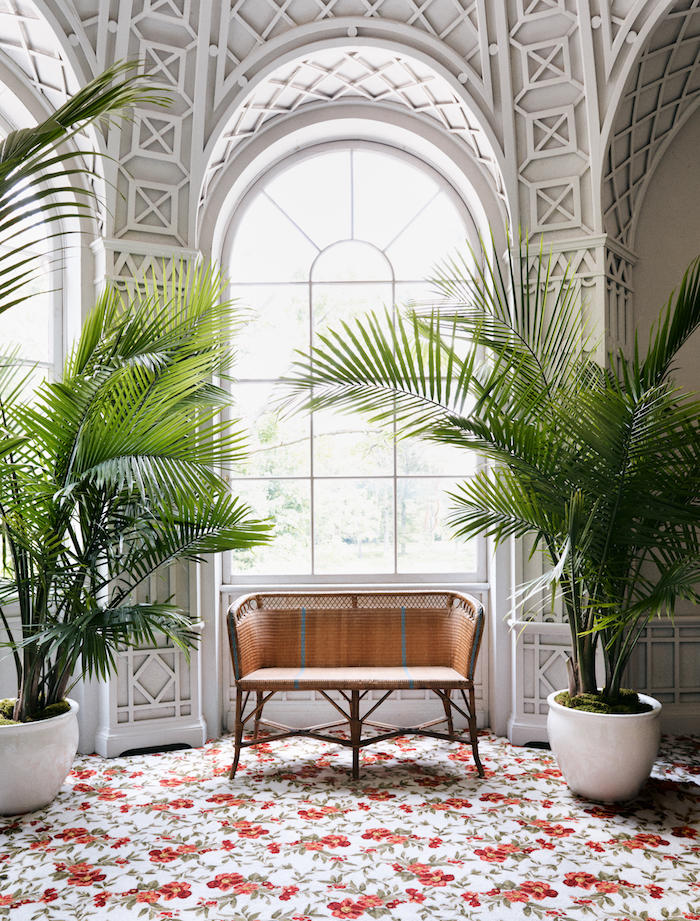 Having been hesitant to get into textiles in the first place, Cotton spent a lot of time educating himself on the construction of hand-tufted carpets. “I really learned about how the dyeing and loop process could be modified,” he says. He used his newfound knowledge to play with the materials on offer. In Tracery, a grid-patterned rug inspired by both Hoffmann and the Bauhaus movement, Cotton used a mix of wool, cashmere and silk to give the seemingly simple geometric rug layers of depth. “Instead of just applying pattern to something, we created pattern through the construction.”

When asked how he’s juggling the rollout of a new collection, the transition into his role at Ralph Lauren and the ongoing work at his own firm, Cotton laughs before crediting transcendental meditation and a tea called PG Tips. “It’s super strong—it’s what long-haul truck drivers in England drink,” he says. “That’s how it’s all working.”

He goes on: “It’s a tricky moment right now, but also an amazing one, and I’m so passionate about this collection. I hope that it brings a new voice to the market and shows a different perspective on things that we’ve seen before and highlights Scott Group Studio, which is an incredible American company.”