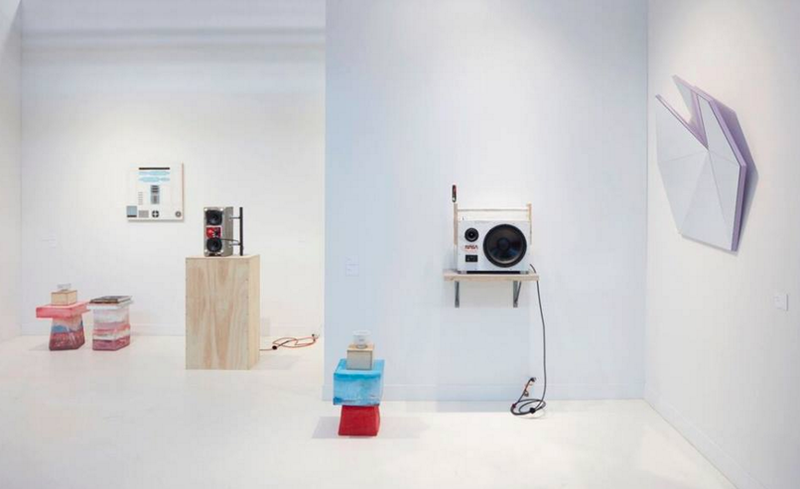 Salon 94's booth at a prior show; the New York–based dealer is returning this year.

“FOG has become a focal point for the design and art communities on the West Coast and beyond,” says Douglas Durkin, steering committee member and chair of FOG Forum, a professional group of Bay Area designers. “The fair is synonymous with a unique pioneering spirit due to its bold hybrid approach and intimate presentation of art and design, dynamic on-site programming, and its community-led mission to champion art and design in the historic Fort Mason setting. 2017 represents a marquee year, as San Francisco continues to demonstrate its firm commitment to artistic and innovative pursuits, in all their forms, with the completion and arrival of several significant arts developments and organizations.”