meet the makers | Jul 14, 2022 |
This Paris-based artist is on a mission to revive traditional glassblowing techniques 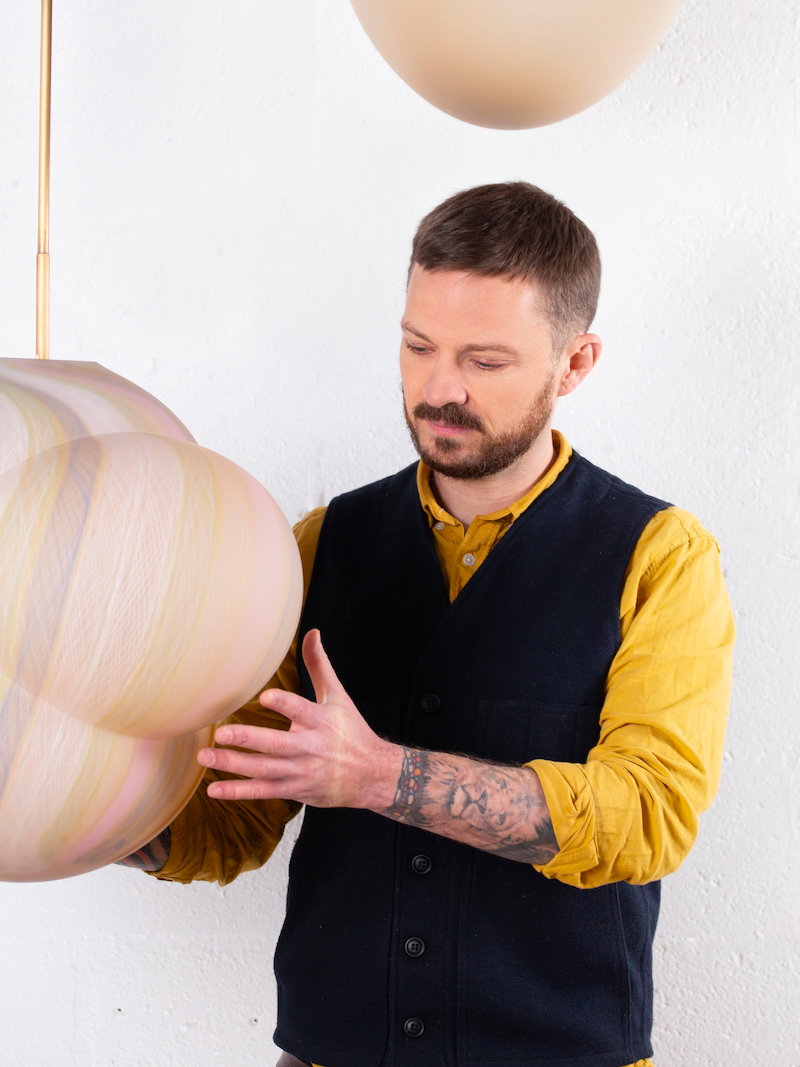 For as long as Jeremy Maxwell Wintrebert can remember, he’s had a fascination with glass. Born in Paris and raised in West Africa, he was first introduced to the material at the tender age of five when he fell face-first into a pile of broken glass and wound up covered in “hundreds of razorlike” cuts. “This is the moment that planted the seed of obsession,” he tells Business of Home.

He spent his youth experimenting with the material, often trying to melt water glasses in the oven to make them more malleable. “I drove my mum crazy,” he says. “I was instinctively drawn to molten glass.”

No surprise then that when Wintrebert discovered the art of glassblowing at age 19, he knew he had found his calling. He immediately set out to learn everything he could about the craft, traveling the world to work odd jobs in workshops where he honed his skills and learned traditional techniques from master glassmakers. “I followed the path of a craftsman,” he says. “This expedition took me all over the United States as well as the Czech Republic, Scandinavia and Italy, including Murano.”

In 2015, he returned to Paris and launched JMW Studio with a sculptural series of hand-blown pendant lights called Cloud. “I find many parallels between clouds and glassblowing, like how both are shaped by air and pressure,” says Wintrebert of his inaugural line. “I also wanted to celebrate the uniqueness of every single cloud by coming up with a process that would enable me to make an irreproducible piece every time.” 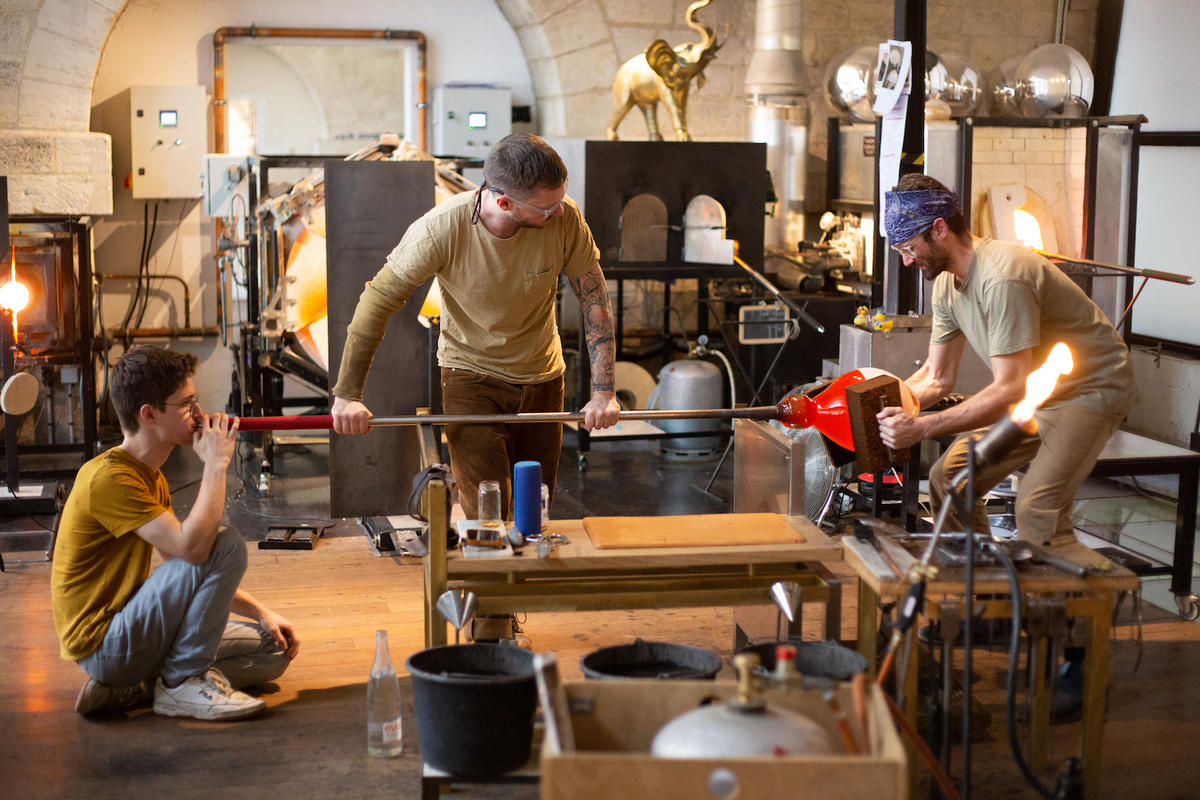 Nature informs most of Wintrebert’s work, which he describes as “organic and emotional.” His creative process is also a highly collaborative one, where he relies on a small army of in-studio glassblowers to forge his designs. “Each piece starts as a liquid, with a consistency like honey,” he says. “The end result is a combination of gravity, breath and heat—executed during a choreographed ballet of movements that require a team of skilled artisans.”

Wintrebert and his team employ a medley of traditional glassblowing techniques, most notably the ancient Venetian filigree style, which involves stretching and weaving together colored glass canes to create a patternlike effect. “These patterns are fused to the surface of the glass while it is being blown,” he says. “I think of it like a textile that I use to dress the form, which adds a third dimension to the surface of the glass and celebrates its transparent nature.” 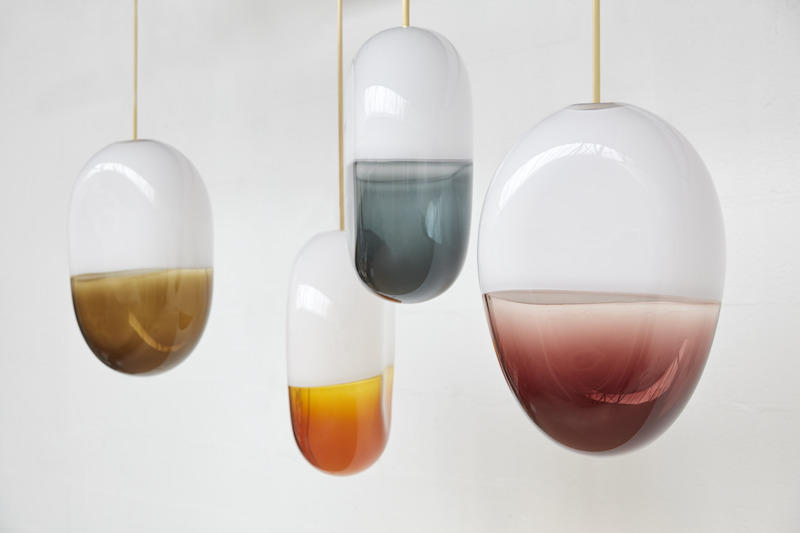 In May, JMW Studio unveiled an exclusive collection of interior lights for Holly Hunt. The four pendant fixtures—Winter Light, Autumn Light, Pilule and a reimagined version of Cloud—are inspired by various weather patterns and seasonal changes in sunlight. “I also want to celebrate natural light, which is why each design is just as beautiful and powerful when turned off,” he says.

Currently hard at work on a new assortment of pendants and sconces, Wintrebert opened a second glass studio in Alsace, France, as well as a metal workshop in Paris, where he can fabricate his lighting designs in-house from start to finish. “A storefront atelier allows us to share the art form every day with the community around us—we regularly host visits for schools and take on young students for internships,” he says. “A very important part of what we do is preserving and promoting the art of glassblowing, which is a dying craft.”