The can’t-miss design auctions of the season

Custom works by Jean Prouvé and Wendell Castle and the lifetime collections of the late Paramount Pictures CEO Brad Grey and the Rockefeller family are on the auction market this season. Here are the upcoming sales worth your bid. 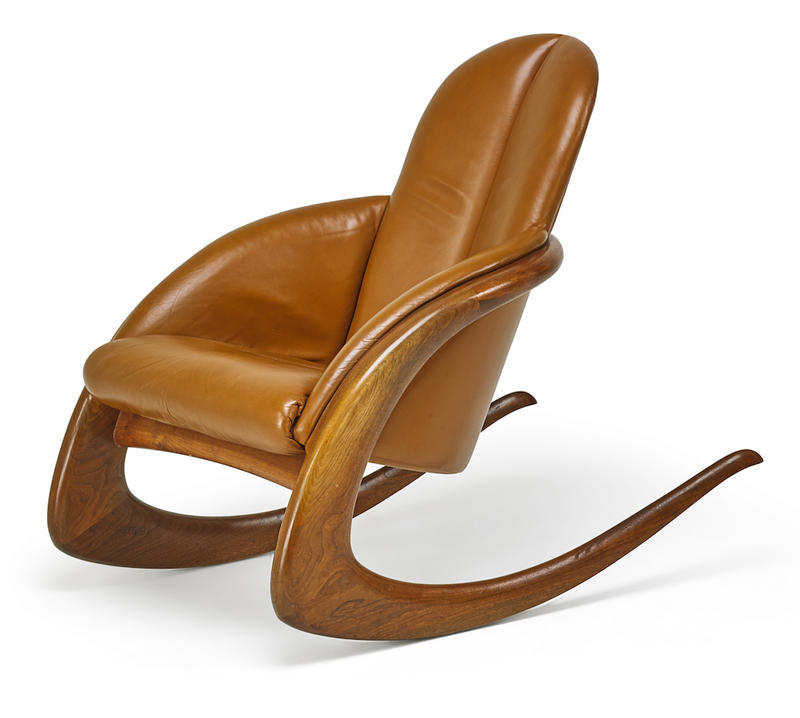 Furniture by Wendell Castle (above), Sam Maloof, Garry Knox Bennett and more will be for sale in The Daphne Farago Collection; photo courtesy Rago Arts and Auction Center.

Scandi-style seating abounds at Leslie Hindman Auctioneers’ Modern Design sale on May 7, which is set to include sculptural walnut and upholstery designs by American-born Adrian Pearsall and the work of Danish designers Arne Jacobsen and Poul Cadovius.

Too large for a single auction, The Collection of Peggy and David Rockefeller will be divided into six New York–based sales, as well as an online sale, over the course of May 1 through 11 at Christie's. The sales, which will span American paintings, English and European furniture, European ceramics and more, extend beyond just David’s lifetime of collecting to include items passed down by his mother, Abby Aldrich Rockefeller. All proceeds will benefit select charities that were supported by the Rockefellers.

Among the many furniture designs by Jean Prouvé featured in Artcurial’s online Design sale on May 16, the Trapeze table is standout in black lacquered steel, wood and black melamine. Other highlights include the midcentury ceramics by George Jouve and the checkered-like steel Programma lamp by Italian architect Gianfranco Fini.

Artworks and furniture from the late Paramount Pictures chairman and CEO Brad Grey, who also served on the board of trustees of the Los Angeles County Museum of Art, will be divided among two Sotheby’s auctions starting next month. Works by artists Agnes Martin, Ellsworth Kelly and Lee Ufan and home furnishings by Diego Giacometti and Pierre Chareau from In Focus: Property from The Collection of Brad Grey will be among the available lots in New York auctions Post-War & Contemporary Art (May 17 to 18) and Design (June 5), respectively.

Pencil in a weekend of furniture and design auctions at New Jersey’s largest auction house. Over the course of two days (May 19 to 20), nearly 900 lots will be on display at the Rago Arts and Auction Center in conjunction with five independent auctions: Early 20th Century Design, Modern Ceramics and Glass, The Daphne Farago Collection of Decorative Arts, and Modern Design.