This week in design, one reporter meets mystery at every turn as she tracks down the make and model of the couch affixed to the ceiling in Harry Styles's topsy-turvy new album cover. Whatever happens next, stay in the know with our weekly roundup of headlines, launches and events, recommended reading and more.

The American Society of Interior Designers has released its 2022 Trends Report—part of a new three-part 2022 Outlook Report from the organization, with installments on the industry’s economic prospects and overall state of interior design releasing later this spring. The report’s findings include a continued emphasis on the importance of sustainability within both residential and commercial design, with 50 percent of consumers reporting they’re willing to change purchasing behaviors to reduce negative environmental impact. The study also found the number of multigenerational households spiked over the past decade, growing 271 percent between 2011 and 2021.

Design Trade Service, an e-commerce platform for interior designers, has completed a $3 million investment funding round led by alternative investment marketplace Carofin. The company also announced the appointment of three new executives to its team, welcoming former Hooker Furniture president Mike Delgatti as a board member and manufacturer liaison, Will Wittenberg as manager of vendor development and Betsy Wittenberg as manager of membership growth and development. With the new capital, the company plans to expand its current membership and hire additional customer service and logistical support staff.

French real estate startup Deepki has completed a $166 million Series C funding round led by Highland Europe and One Peak Partners, TechCrunch reports. The business is developing a software allowing companies to track and analyze their environmental, social and governance criteria, including carbon emissions generated by their real estate portfolio. With data collected on energy, water and waste, Deepki aims to help business owners track long-term usage and change consumption habits. With the funding, the startup hopes to onboard more asset owners to its platform to assist the global real estate sector in becoming net zero by 2050 in accordance with the Paris Agreement.

To help assuage the labor shortage contributing to backlogs of unfinished homes, nonprofit organization BuildStrong Academy, which trains construction workers, announced plans to expand nationally, the Wall Street Journal reports. Though low mortgage interest rates and the rise of remote work contributed to a recent boom in homebuilding (according to the U.S. Department of Commerce, new builds are at their highest level since 2006), a combination of supply chain issues, spiking raw material costs and dwindling numbers of tradespeople forced many builders to restrict sales last year. According to housing market research firm Zonda, roughly 90 percent of homebuilders surveyed last month said labor disruptions limited their building capacity, compared to just 42 percent at the same time last year. In the meantime, BuildStrong Academy plans to open schools in 20 new U.S. cities in the next 15 years, with centers in Charlotte, Phoenix and Houston by 2024.

Design Miami has announced the launch of the Design for Ukraine initiative, an effort to raise funds for GlobalGiving’s Ukraine Crisis Relief Fund through charitable sales. For the first installment of the multipart initiative, lighting brand Bocci gifted more than $150,000 worth of its signature pieces, including limited-edition glass chandeliers and lamps available through the end of April. Between now and June 2022, Design Miami will continue to curate sales to raise additional funds for those impacted by the invasion of Ukraine.

Online global marketplace The Nopo is partnering with the Ukraine-based Gunia Project to support Ukrainian artists. The company is selling goods from the Gunia Project and its 30-person collective of Ukrainian artists, with all sales made from the digital pop-up donated to the brand, which sells handmade crafts such as paintings, ceramics, wicker weaving, jewelry and embroidery.

An educational project called the Eames Institute of Infinite Curiosity launched last week, led by president and CEO John Cary and chief curator Llisa Demetrios, granddaughter of Charles and Ray Eames, with additional backing from Airbnb co-founder Joe Gebbia, the institute was established with the mission of sharing the Eames’ legacy and contributions to the fields of furniture, design and architecture. The initiative includes an archive of the pair’s work and resources on their approach to inventive design-centric problem solving, all based out of the Eames’ ranch in Petaluma, California. Additionally, the institute supports virtual exhibitions and an online magazine, Kazam! 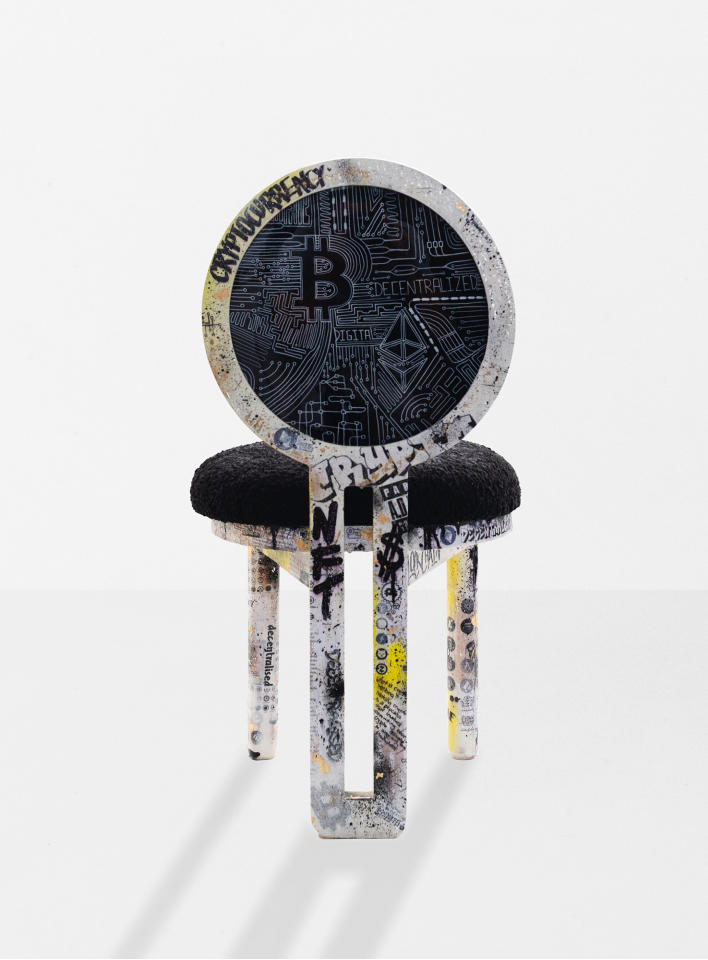 Robert and Cortney Novogratz, aka The Novogratz, have teamed up with entrepreneur and influencer Paris Hilton for a collection of home furnishings manufactured by Dorel Home. Debuting with living room and bedroom essentials, PH by The Novogratz features classic neutral tones, art deco influences and brass accents designed with Hilton's “fresh and eclectic take on Hollywood glam” in mind.

An iconic decor piece celebrates its 50th birthday this year—originally designed as a hall rack, the 67-inch-tall Gufram Cactus has become an emblem of the Italian radical design movement and a fixture in museums across the globe. For Elle Decor, the designers of the original piece, Guido Drocco and Franco Mello, provide an oral history of the succulent, weaving a story that began with the idea for a sun-inspired creation on a cold winter’s day.

Leopard print has long been a striking clothing embellishment, though its popularity spiked in the past century as celebrities like Joan Crawford, Jacqueline Kennedy Onassis and Debbie Harry donned the design—a phenomenon that helped push the species into endangerment. For The New Yorker, Rebecca Mead explores a new line of thinking from conservationists that would introduce a royalty fee on the pattern, with proceeds to benefit saving the beloved breed.

Interior designer Little Wing Lee was selected as the winner of the Female Design Council and Nicole Hollis grant, which awards $15,000 to a WOC-led interior design or architecture firm in the U.S. Along with running her own interior design practice, Studio & Projects, and serving as design director for the Ace Hotel Group/Atelier Ace, Lee is the founder of Black Folks in Design—an organization striving to bring awareness to the significant contributions of Black designers. Additional honorees include Anne Dereaux of Dereaux Studio, Chopp Stewart of Florida Water Interiors, Laura Casañas Maya, Teruko Kushi and Urvi Sharma of INDO, who will all receive public recognition for their talents and a complimentary one-year membership to the FDC.

The International Furnishings and Design Association marked the return of its annual IFDA Selects program at High Point Market this season after a two-year hiatus due to the pandemic. A panel of industry veterans served as judges for the awards, singling out the best permanent and temporary exhibitors at the event and selecting three finalists and one winner for 12 different categories. For the full list of winners, click here.