IKEA-backed exhibit explores the ‘home of the future’

“Home Futures,” an exhibit by the Design Museum, in London, in partnership with the IKEA Museum, kicks off this fall with a bevy of pieces by Ettore Sottsass, Joe Colombo, Superstudio, Archigram, Alison and Peter Smithson, Hans Hollein, Jan Kaplicky, OMA, and Dunne & Raby. Over 150 pieces—among them, original footage from the General Motors “Kitchen of Tomorrow” and furniture from the Smithsons’ “House of the Future,” both dating to 1956, as well as an original model of Colombo’s “Total Furnishing Unit” from 1972—will explore how the idea of the “home of the future” has evolved. 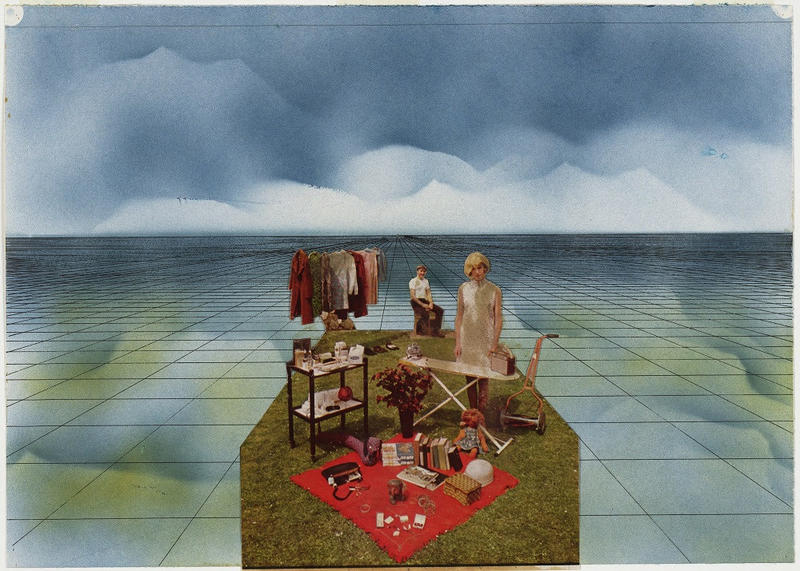 ‘Supersurface, The Happy Island,’ by Superstudio; courtesy The Design Museum

“The ‘home of the future’ has long intrigued designers and popular culture alike,” explains the Design Museum. “Bringing together avant-garde speculations with contemporary objects and new commissions, ‘Home Futures’ explores today’s home through the prism of yesterday’s imagination. The exhibition asks: Are we living in the way that pioneering architects and designers once predicted, or has our idea of home proved resistant to real change?”

The exhibit will appear with a commissioned immersive environment created by New York–based architect SO-IL in collaboration with graphic design practice John Morgan Studio; the space will feature “dreamlike passages and rooms” designed to not just “evoke feelings of comfort” but also to explore the idea of privacy.

The exhibit itself will delve into themes including “Living smart,” on the idea of the home as a machine; “Living on the move,” exploring nomadic life and the sharing economy; “Living self-sufficiently,” on anti-consumerist and environmentally friendly modes of living; “Living with less,” on micro-living solutions; “Living together,” on the concept of privacy in the home; and “Other dreams of home,” which looks at ethereal concepts of home and spotlights works like furniture and interiors from the Italian Radical Design movement by Pietro Derossi, Michele De Lucchi and Gaetano Pesce.

Curated by Eszter Steierhoffer with Justin McGuirk, the “Home Futures” will kick off on November 7 and run through March of next year before traveling to its next location, in Älmhult, Sweden.