Why is Portia de Rossi partnering with RH? 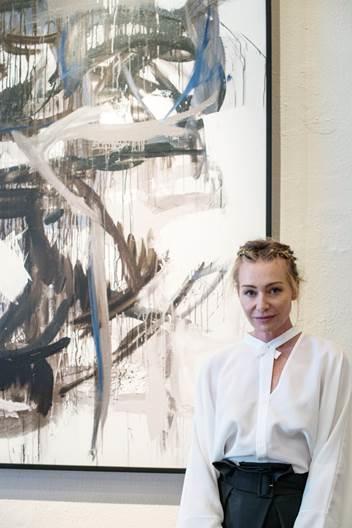 “As an art lover and collector, I became fascinated with the concept of finding great works and sharing them with the general public,” says de Rossi. “Our ground-breaking 3-D technology makes that possible, redefining the limits of printing. Each nuance of brushwork, texture and technique is captured, authentically revealing the artist’s hand.”

General Public uses 3-D scanning and printing tech in order to reproduce works from the group of curated artists via a type of technology called Synograph. The companies describe it as a state-of-the-art print that captures artwork in such detail that it is near identical to the original.

The actress and entrepreneur, who grew up in a rural town in southern Australia, credits her relationship with art with expanding her worldview. De Rossi is also an artist herself, working across a number of mediums.

Of the innovation behind her new partnership, she explains: “I’m fascinated by the concept of using 3-D technology, because unlike the current method of printing, which is merely a photograph of a painting, 3-D printing makes an authentic version of the artist’s work—with the subtlety of each brushstroke or palette knife mark—available to as many people who wish to enjoy it, as opposed to just one collector.”