The design industry is always looking for the next "big thing"—whether it’s a person, project or idea—and it’s often discovered through the art of competition. Companies and organizations are offering up enticing prizes for great talent and new, innovative ideas. Below is a roundup of contests and approaching deadlines from NYC&G, ASID-IL, Hansgrohe, ICAA New England, Design Trust for Public Space, NXT City, Metropolis, the Dallas Total Home & Gift Market.

NYC&G (New York Cottages & Gardens) is calling for New York designers to submit their most outstanding projects for the second annual NYC&G Innovation in Design Awards. The winners will be honored at a special ceremony in September and will be featured in the October issue of the magazine. The deadline to enter is June 25.

The American Society of Interior Designers—llinois Chapter (ASID-IL) is calling for entries for the 2013 Interior Design Excellence Award Competition. This year’s program marks the tenth celebration of the competition, and all Illinois-based registered interior designers, ASID Allied and Professional members, IIDA members and registered interior designers are eligible and encouraged to participate. The winners will be announced at the ASID-IL annual awards program, Celebration of Design in September. The deadline to enter is June 27.

According to a recent study, 72% of people get their best ideas in the shower. To celebrate the power of the shower and the company's latest Select technology, Hansgrohe is rolling out a multi-phase, multi-platform social media campaign called #SelectHansgrohe. Entering is as simple as liking Hansgrohe on Facebook and other social media platforms as well as telling friends to do the same. Participants will be entered for a chance to win one of 500 Raindance E Select 120 AIR handshowers. The campaign closes on June 30.

The New England Chapter of the Institute of Classical Architecture & Art is seeking entries for the fifth annual Bulfinch Awards. The awards program annually recognizes the best work of individuals and firms to preserve and advance the classical tradition in New England. The winners of the Bulfinch Awards will be recognized at an evening ceremony and reception at the Grand Staircase of the Massachusetts State House in Boston in November. The deadline to enter is June 30.

The Design Trust for Public Space has announced its latest initiative—The Energetic City: Connectivity in the Public Realm—a new request for project proposals to redefine public space. The public call for entries invites proposals for research, design and planning projects to improve the experience of urban life by connecting people through “great” design informed by the needs and aspirations of community users. After receiving project submissions in two stages—first, ideas by June 30, and second, full proposals by July 7—the Design Trust will select a group of finalists.

The 2014 NXT City Prize is open to anyone under the age of 30 from across the Province of Ontario, Canada. The contest seeks ideas from new and young voices to show the city how public space can better meet the needs of the connected and social generation. The winner will take home a $5,000 cash prize, and not only that—the city is ready to listen. The winner will also be given up to an additional $10,000 to work with a team of leading experts to turn their vision into reality. The deadline to enter is July 31.

The inaugural Shape the Future design competition, put together by Metropolis and DuPont, is asking designers to push boundaries to make the impossible practical. The contest asks designers to focus their visionary thinking on a familiar and time-tested material: Corian. Participants must transform the familiar 20th century material into 21st century, tech-age environments, surfaces, spaces, structures, art, furniture and objects. One winner will be awarded $7,000 and there will also be two $1,500 runners-up prizes. Winning submissions will be publicized in Metropolis magazine and across all of its digital and social media channels. The deadline to enter is August 1.

The ARTS Awards, presented each January during the Dallas Total Home & Gift Market, recognize top manufacturers, retailers, designers and sales representatives from across the world. The call for entries and nominations for the 26th annual ARTS are open and will recognize excellence in 27 different categories. The deadline to enter is August 1. 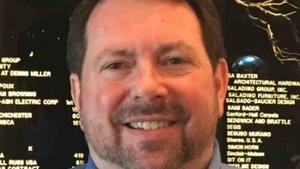 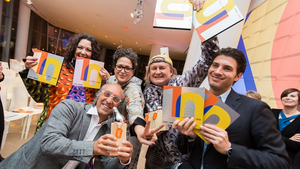