When Gary Friedman first called to request a special line of Perennials fabrics from David Sutherland, the Dallas-based, Sutherland Furniture CEO had one question: “When are you going to quit knocking off my furniture?” Rather than taking the RH magnate to court, Sutherland opted to work with Friedman instead. “It has been a much better solution,” says Sutherland in this week’s episode of the Business of Home podcast. 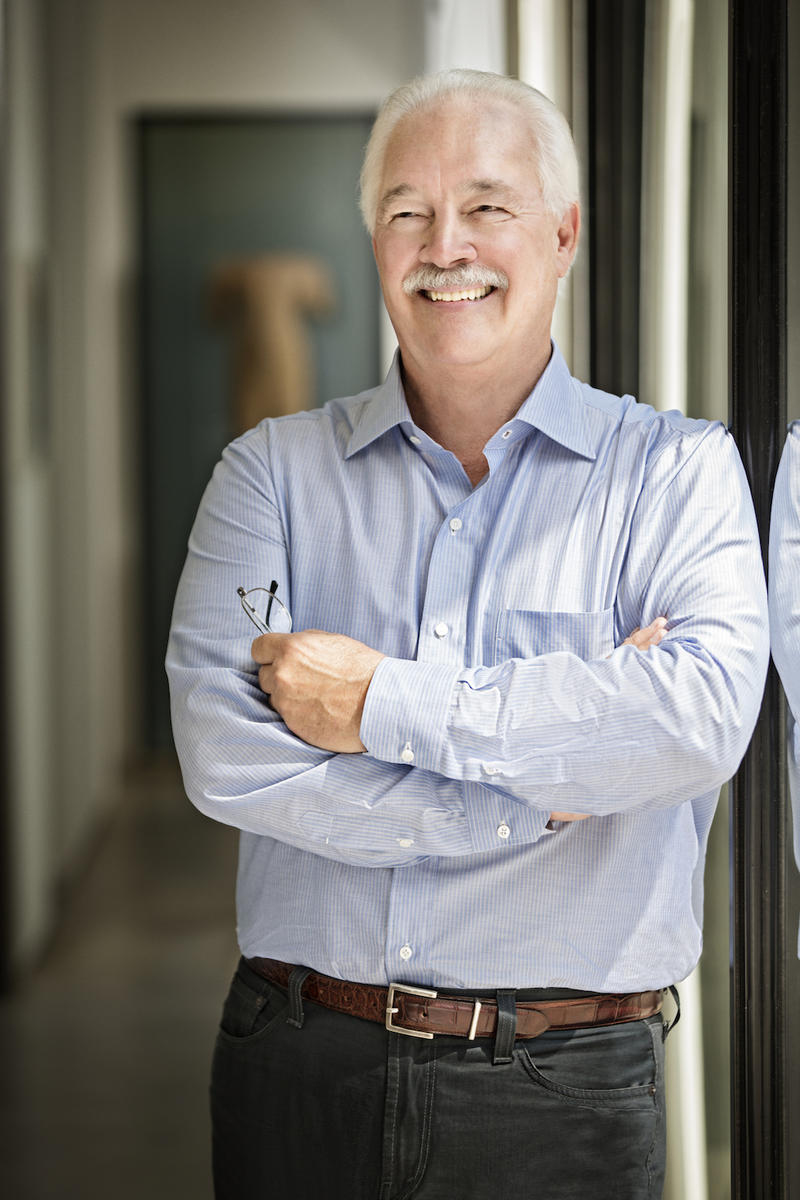 Crossing into the retail market hadn’t even been on the entrepreneur’s radar, and yet it wasn’t the first time he stumbled upon a great business opportunity. Shortly after opening his first multi-line showroom in Houston in 1978, Sutherland noticed an underwhelming amount of attention being placed on outdoor-centric design.

“When I started in the industry, it was not unusual to have a $100,000 great room and then plastic chairs out around the pool. You’d look from one to another and it was kind of a letdown,” says Sutherland. “It became apparent that to expand a designer’s influence within a house would be both profitable for them and an arena for us that could be profitable as well.”

On a mission to create outdoor furniture that served as an extension of the interiors, Sutherland called upon the talents of John Hutton, who was leading design direction at Donghia at the time. When Hutton’s designs required cushions—and Sutherland again found the offerings on the performance fabrics market to be lacking—Perennials was born. What began in 1997 as an answer to their own outdoor fabric needs (Sutherland Furniture made up 95 percent of purchase orders in Perennials’s first year) has become the company’s fastest-growing business segment.

“Everything I’ve done has been an evolution, not a revolution,” says Sutherland. An industry pioneer in more ways than one, his vision for a design industry in limbo is informed by the successful collaboration with RH: “There are synergies that have been put on the shelf in fear of competition, but there’s so much business out there now that competition is really just staying the course. It’s addressing a different community through a different avenue. Taking a little bit of the secrecy out could be quite good.”

In this week’s episode, which is sponsored by Universal, Sutherland shares his take on the state of multi-line showrooms, why he’s interested in marketing direct to consumers, and where Perennials is looking to open its next location: