Dave Dawson on mentorship and community building for entrepreneurs

Dave Dawson is the CEO and founder of Charleston-based lighting brand The Urban Electric Co., which celebrated 15 years in business in 2018. In his third column for BOH, he shares what he has learned along the way. 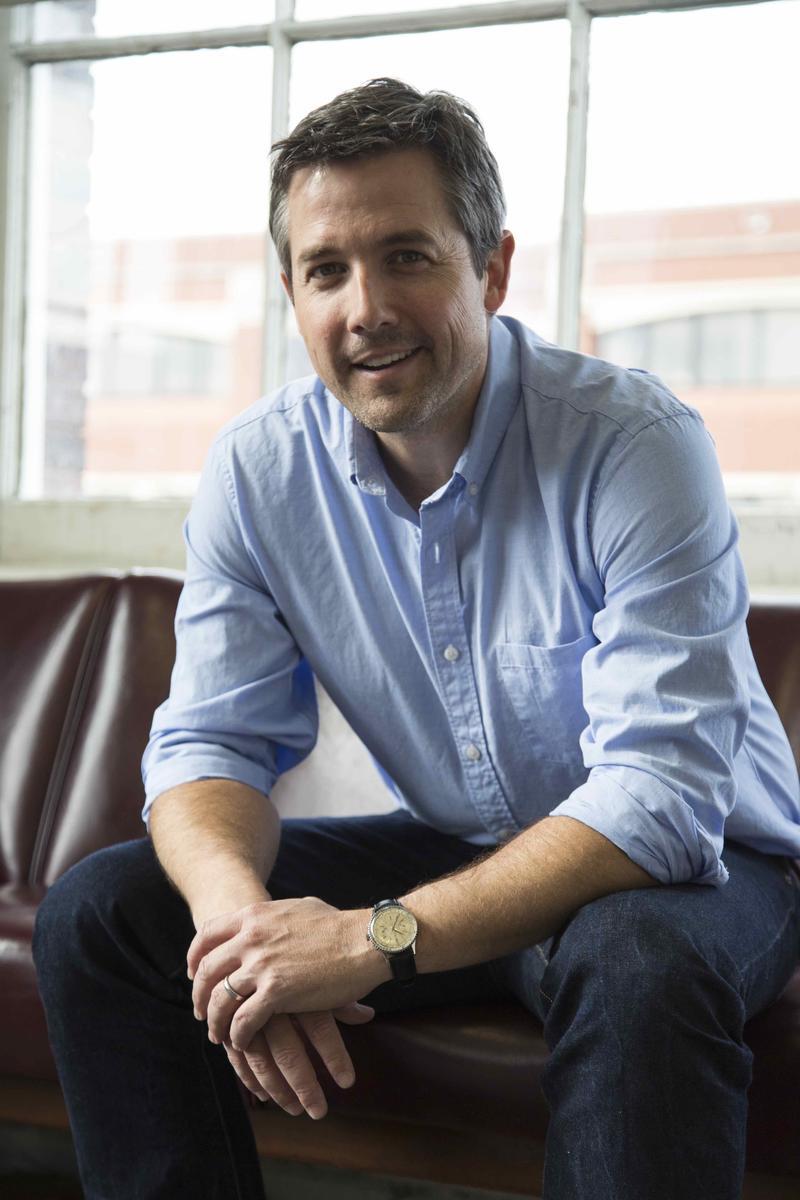 My wife and I started our lighting company in a tiny workshop in downtown Charleston, South Carolina. As a former attorney without previous design or manufacturing experience, I had almost no idea what I was doing, and perhaps worse, I had no idea what I wasn’t doing. Fifteen years later, I’ve learned a lot of lessons—most of them the hard way, whether through trial and error or just plain failure.

When Business of Home asked me to share a few, I organized my thoughts into three basic categories: Product, People and Partnerships. Over the course of three articles, I hope to pass along some  of the most useful lessons I’ve learned during these past 15 years. Today, I continue with ideas on building a thought community for entrepreneurs in real time, through both your own team and an extended network of mentors, advisers and industry peers.

Seek help. One of the most important lessons I’ve learned thus far—in life, but particularly in business—is that it is OK to say, “I’m not sure.” In fact, it is one of the most powerful phrases in a leader’s vocabulary, and saying it aloud without fear or reservation is often the key to building a community that will support an entrepreneur in invaluable and unexpected ways. Being confidently vulnerable, recognizing your limitations, and opening yourself up to outside input empowers both the entrepreneur and those around him or her. This extends to admired leaders who could function as mentors, like-minded industry peers, and perhaps most importantly, your own employees and team. There are valuable lessons to be learned from each.

Find mentors. Mentorship, both informal and formal in nature, carries lasting value. The good news is, potential mentors are all around and most respond positively to being approached. The first and most important step then is simply making the ask. I often tell people who come to me for advice that when you reach out to people you respect and ask them to talk with you, or to let you pick their brain, you will be astonished at the receptiveness—even at the highest level. In my experience, you will get people you didn’t think you could ever access.

The one caveat is that you must be genuine in your approach. There’s a difference between networking for contacts and genuinely seeking knowledge, and it will be immediately obvious to your prospective mentor when you sit down to meet. Go in earnestly seeking knowledge—after all, the currency to be gained from the exchange is wisdom, not a business contact or a job.

One of the most impactful mentorships I’ve ever established has been my board of advisers. Early on, I was fortunate to receive significant coaching about establishing a board from both a friend who owned his own international manufacturing company and the retired CEO of a major conglomerate, each taking a purely selfless interest in our success. (See what I mean?)

With their help, I began to consider the specifics of how to form this important group of mentors. I purposely didn’t limit myself to only leaders that I knew personally. Instead, I identified four major areas of the business where I needed input and wisdom—for me, those were finance, manufacturing, logistics and supply chain, and marketing and branding—and then identified four major people who each brought their own superpower to one of those areas. All four were seriously accomplished and nationally recognized in their fields, and even though I knew none of them well, I went for it, inviting each out to lunch to make my pitch. To my surprise, they all said yes, and in the four-and-a-half years of their tenure, I’ve gained an enormous amount of wisdom just by being around them. We meet officially three times a year, and in between, I call them with questions and when I need insight or advice. These in-between meetings—which are usually over dinner or coffee—are often the most powerful.

This form of mentorship can be transformational for the leader of any small and growing business who is willing to be truly transparent with someone they admire. One of the things I determined early on was that I had to be exposed and truthful about all facets of the business if I wanted to make the board work. They had to see everything and hear everything. If you open up to a group on a consistent basis, they see trends in your work, reach a higher level of understanding about your business, and their advice is much more on point than it otherwise would be.

Create your own network. Besides formal mentors, entrepreneurs should seek out people they can learn from in a direct way—industry peers, colleagues and even competitors. The key here is carving out a network and community that is specific to the nature of your business.

This isn’t to say cross-industry professional groups aren’t helpful. In many instances, they help to spotlight new horizons, offer new conversations, and reveal solutions to problems that are not limited to your particular industry. The challenge with cross-industry groups, however, is that it is hard to really go deep or get granular in them. For that reason, I took steps to launch and formalize a more focused roundtable organization a few months ago, which we’ve tentatively called the Makers Alliance, and which comprises a group who are in the business specifically of making things for the high-end design industry.

At our first dinner a few weeks ago, it took less than five minutes for the conversation to flow on a very detailed level—even among people who hadn’t all met before. We were eager to soak up each other’s experience and knowledge and, again, share solutions that relate hyper-specifically to this niche community of makers. There was also a refreshing level of candor among the entrepreneurs, perhaps because of an immediate sense of shared experience and camaraderie that would be hard to replicate in a larger cross-industry group setting.

And if our group is any indication, there is a lot of hunger for this type of connection—it is incredibly valuable (and rare) to spend time with people who are actually in the same trenches making the same types of products, facing the same types of challenges. I feel passionately about sharing and swapping ideas with peers like this because, as a business owner, it’s too easy to assume you’re the only one who is struggling with whatever issue you’re currently facing. Instead of always forging a path from scratch, an honest vulnerability with peers can save a lot of pain through the value of shared experiences. 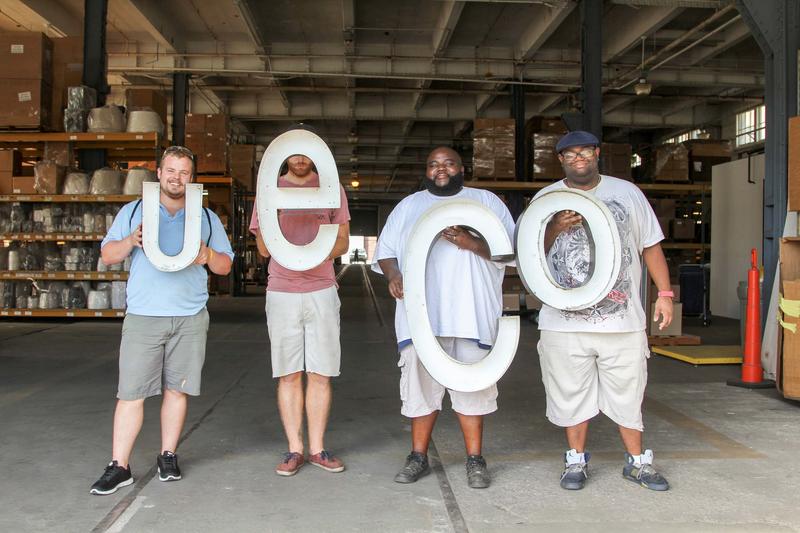 Look within. Sometimes the biggest source of untapped wisdom lies right within your own company. Being open with your team is a sign of strength, not weakness, and it’s a fallacy to think leaders have to seem all-knowing and perpetually in control. We tend to think our employees want us to project an image of strength and confidence, but what they may actually be searching for from us is a sign of humanity and a willingness to lean on those around us. And the (often) unforeseen outcome is the way it empowers and energizes your workforce to deliver smart and actionable solutions.

This brings us back to the power of saying “I’m not sure.” When a leader deploys that phrase with their own team, what he or she is really doing is encouraging people to compile their own resources to solve a company problem together. By indicating that they don’t have a solution, the leader creates a void for the team to fill and rally around.

I witnessed this firsthand over the past year as our team went through an intense process of re-imagining our internal mission statement. Believe it or not, I was at something of a loss as we approached this quite literal mission-critical endeavor—something I initially assumed was my sole responsibility. Though I was a little embarrassed, I decided to embrace it and enlist the ideas and help of everybody on our team. Both the process and result were more powerful than I could have possibly imagined. As a result of our collaboration, we not only ended up with a far stronger statement than I could have created alone, but the team had also completely bought into the end product because they contributed to its creation. You couldn’t script a more poignant example of the power of vulnerability.

For all the advantages of experience and knowledge, it’s sometimes the things we don’t know—if we’re willing to admit it—that prove to be the most powerful. 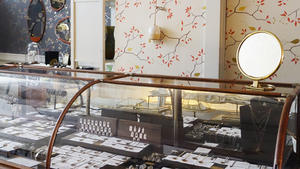 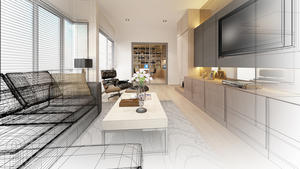 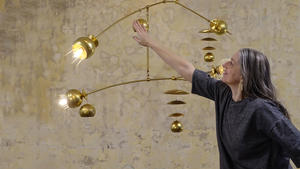 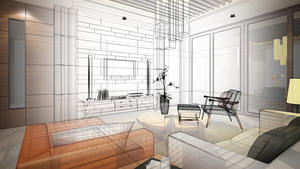 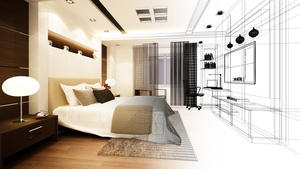 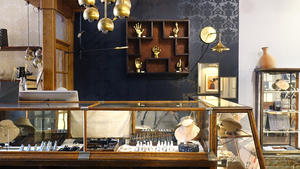