Walmart has laid off employees at Allswell, Hayneedle and other e-commerce divisions, reported HFN. The cuts included more than half the employees at the New York office where Allswell, its mattress brand, and other online branches are based. Twenty-nine of the 56 employees will be let go by April 24. There were 200 layoffs at digital brand Hayneedle’s Omaha, Nebraska, headquarters. This restructuring comes after former Walmart senior VP Andy Dunn left the company in mid-December.

As three domestic airlines have suspended all flights to China due to the outbreak of the coronavirus, and the U.S. State Department has issued a “Do not travel” advisory, a handful of U.S. furniture retailers are delaying trips and preparing for manufacturing disruption, reported Furniture Today. Industry trade shows that were to be held in March have been postponed.

Frank Lloyd Wright’s School of Architecture at Taliesin is shutting its doors forever, reported The Architect's Newspaper, after its governing board was unable to develop alternative educational programs for the next year and a half in alignment with the Frank Lloyd Wright Foundation. The school opened in 1932; the spring 2020 semester will be its last, and the remaining 30 students will be transferred to the Herberger Institute for Design and the Arts at Arizona State University.

Vancouver-based designer Karin Bohn of House of Bohn will co-star in Restaurants on the Edge, a new Netflix show that will drop on February 28. In the docuseries, Bohn, along with chef Dennis Prescott and restaurateur Nick Liberato, will help restaurants fine-tune their business models to become more successful.

Fast Company has partnered with AC Hotels by Marriott for a branded video series titled “Re/Design,” reported Media Post. In the series, Queer Eye resident fashion expert Tan France and designer Jonathan Adler discuss creative process and co-design a set of coasters and a phone charger; both will be at AC Hotels.

Elle Decor ran a story on how Tami Ramsay and Krista Nye Nicholas, co-founders of Cloth & Kind, met on Pinterest and now run a design firm together—732 miles apart. “The same love of textiles and creating spaces with history and heart that initially connected the two designers can be seen today in the more than 20 major projects they have designed, their e-commerce shop, and a to-the-trade showroom that launched in Ann Arbor, Michigan, where Nicholas lives today,” writes Bebe Howorth.

PHX Architecture received a handful of awards at the 2019 Best in American Living Awards, including two grand prizes for its Azure Paradise Valley residences, and a silver for Enclave at Seven Canyons Sedona, both in Arizona. 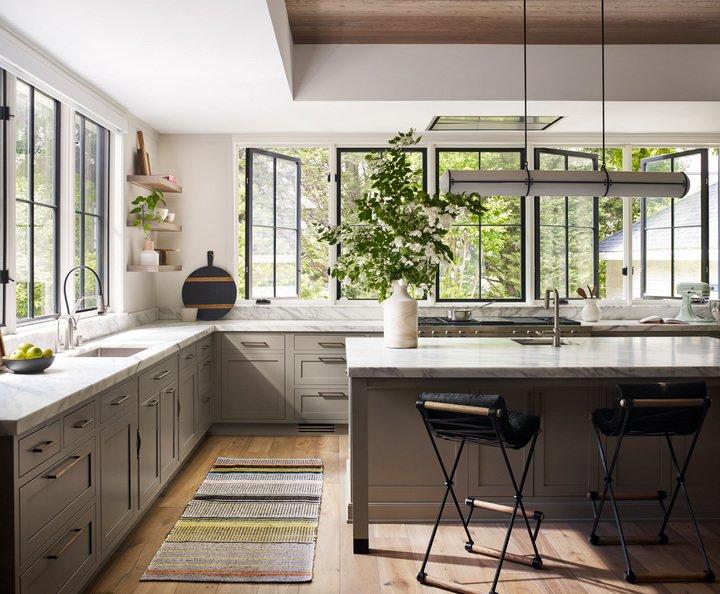