In the design industry’s race toward sustainability, Ikea is taking a step forward with the debut of Saluhall—a new eco-friendly dining concept featuring plant-based options, regenerative agriculture and zero single-use plastic. Stay in the know with our weekly roundup of headlines, launches, events, recommended reading and more.

Business News
The U.S. Consumer Product Safety Commission will soon consider whether to enact a nationwide ban on gas stoves, Bloomberg reports, following concerns surrounding the air pollutants released by the appliances. Used in about 40 percent of American homes, natural gas stoves emit nitrogen dioxide, carbon monoxide and fine particulate matter, and have been linked to respiratory illnesses like asthma, cardiovascular problems, cancer and other conditions. Nearly 100 cities and counties have already adopted policies encouraging a move away from gas-powered buildings, while a group of lawmakers recently issued a letter to the CPSC encouraging the organization to consider requiring warning labels, range hoods and performance standards to better regulate gas stoves. According to agency commissioner Richard Trumka Jr., following a period of open public comment planned for later this winter, the CPSC could issue its proposal as soon as this year.

Home accents and decor retailer Tuesday Morning voluntarily delisted from the Nasdaq common stock market, MarketWatch reports. The company’s board of directors announced the decision last week, citing lower-than-forecasted sales and the costs associated with a listing. Following the delisting, Tuesday Morning says it will eventually deregister as a public reporting company.

Just a few weeks after three creditors of United Furniture Industries filed an involuntary Chapter 7 bankruptcy petition against the company in pursuit of the $99.5 million it owes, it presented a motion to dismiss the petition and convert the filing to a Chapter 11 bankruptcy. According to Furniture Today, the last-minute motion stated that the company had developed a plan to preserve and sell its assets to the benefit of its creditors. The case’s hearing has now been postponed until January 13.

The Federal Trade Commission proposed a new rule banning the use of noncompete agreements in the workplace, NPR reports. Affecting roughly 30 million American workers, noncompetes prohibit employees from leaving their jobs to take on new roles at rival companies or starting similar businesses of their own within a certain time period. Opponents of these agreements argue that they restrict workers from freely switching jobs and attaining higher wages and better working conditions—in states like California and Oklahoma, the practice is already banned. The public now has 60 days to offer comment before the noncompete ban is potentially published and enforced in the month to follow, though the FTC will likely face forthcoming legal challenges from trade groups. The U.S. Chamber of Commerce has already issued a statement calling the proposed change “blatantly unlawful.”

South Korean tech company Naver closed its $1.2 billion acquisition of Poshmark, the e-commerce marketplace for new and secondhand fashion (as well as home decor in recent years), Retail Dive reports. The Redwood City, California–based company will continue operating under its existing brand along with maintaining its employee base, including Poshmark CEO and founder Manish Chandra in his current role.

Materials scientists may have found a new use for sawdust—a foresting byproduct in growing surplus as the demand for paper and pulp declines—with the debut of BioHome3D, a residential structure made from wood waste. As Fast Company reports, the 600-square-foot prototype house is constructed entirely out of bio-based recyclable materials, with floors, walls and a roof made out of a wood-waste blend, and insulation and floor tiles also made from wood-based products. The building will weather its first winter in Maine this year as scientists monitor the house’s performance against the elements, gathering data before scaling up production of the homes with a new factory set to debut in 2023.

Ikea released its ninth annual “Life at Home Report,” surveying more than 37,000 people across 37 countries for a glimpse of the concerns among households today. The study found that worries about household finances topped other fears, as more than a third of respondents expected to cancel or postpone home improvement plans due to the state of the economy, while a fifth were concerned about job security. Additionally, one in 10 respondents anticipated that the cost-of-living crisis will impact major life decisions like marriage and childbearing in the coming years. On the bright side, the home continues to be a source of inspiration, with four in 10 people feeling more positive about their home now compared to the same time last year. Plus, the study found that if your home reflects your personality, you are nearly twice as likely to view it as a source of well-being.

Two of the industry’s largest co-living companies—New York-based Common, which manages more than 4,000 apartments in the U.S., and Berlin-based Habyt, which operates roughly 7,000 apartments in Europe and Asia—have merged to create one combined entity, which will be based in Germany under the name Habyt Group, The Wall Street Journal reports. The financial terms of the deal were not disclosed, though Habyt co-founder Luca Bovone will serve as chief executive of the new company. Neither company is currently profitable, though according to Bovone, the merger may be a chance to combine resources, keeping costs down while reaching more customers. 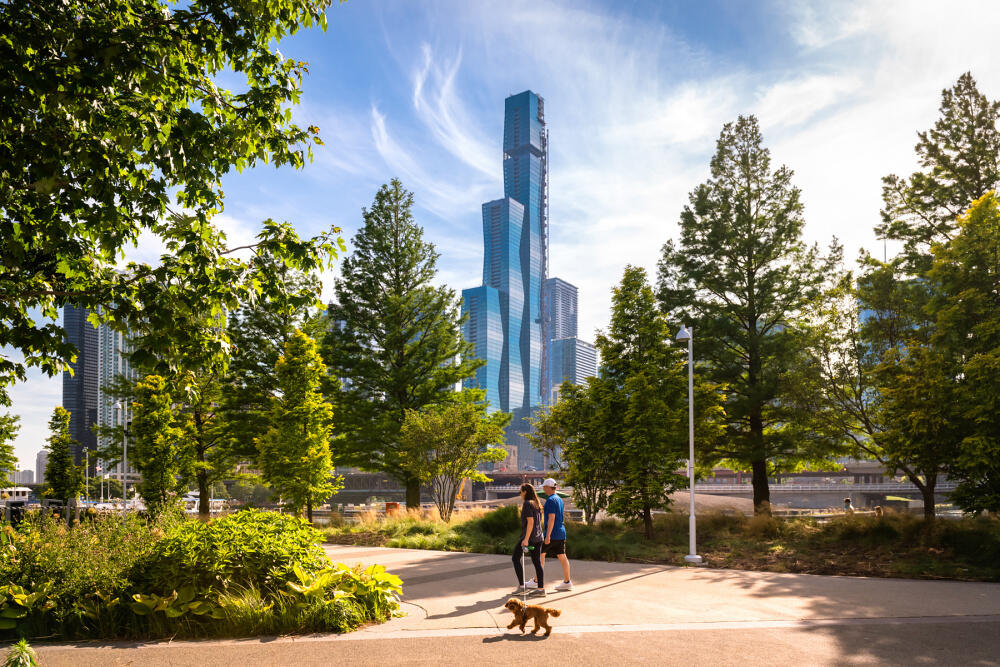 Launches & Collaborations
For this year’s sixth annual Kips Bay Decorator Show House in Palm Beach, the organization has paired first-time designer participants with alumni partner designers, who will serve as mentors to their freshman counterparts. Co-chaired by Jonathan Savage and Billy Ceglia, the new system aims to help first-timers navigate the showhouse process, especially for those who are not local to the area. The debut cohort of mentor designers includes Alexandra Naranjo, Meg Braff, Amanda Reynal, Chris Goddard and Mally Skok, among others.

Recommended Reading
In the home appraisal industry, the demographics skew drastically toward older white men. According to the Bureau of Labor Statistics, 97 percent of appraisers in the U.S. are white, while three-quarters are both male and over age 45. For The New York Times, Debra Kamin spoke to three Black women working in the profession about their efforts to change those numbers, in part by paving better pathways into the industry and marketing the job as a family business with a route to generational prosperity.

After serving for decades as a notorious low-budget party destination, Fort Lauderdale has recently found itself amid a luxury renaissance, including the opening of a Four Seasons along with a slew of high-end restaurants and residential communities. In the years leading up to the pandemic, the influx of developers looking for lower-priced land along the same coastline that housed the upscale cities of Palm Beach and Miami suddenly made the city an up-and-coming real estate epicenter—though the market’s recent correction may throw a spanner in the works. As Cecilie Rohwedder reports for The Wall Street Journal, the economic downturn has threatened to cut Fort Lauderdale short on its ascent to luxe location status.

In recent years, a number of home- and design-centric content creators have found themselves perplexed by the arrival of a new online craze with considerable sway over audiences and algorithms alike: short-form video. Through the experience of musician Christian Koch, The New Yorker takes a look at the economic opportunities and challenges of social media’s latest pivot. Koch first started posting videos to Instagram Reels in early 2020 as a low-effort attempt to gain traction for his budding pop band. After just a year of consistent posting, his Reels presence alone had garnered millions of views and was raking in $35,000 a month, all thanks to a special program for creators who used the app’s new feature. As Jacob Sweet writes, the proliferation of Instagram’s short-form video feature was the product of a system that rewarded creators both monetarily and via algorithm-driven views—though whether the program actually helps creators build their following, or create unique content, remains to be seen.

Call for Entries
Submissions are now open for the third edition of the BLT Built Design Awards, which honors the work of professionals involved in the design process ranging from architectural firms and interior designers to landscape studios and construction projects. To submit an application before the September 2, 2023, deadline, click here.

Cue the Applause
The Créateurs Design Association announced its 2023 Créateurs Design Awards nominees, with the winners to be revealed in a ceremony later this month at the Shangri-La in Paris. The award program’s categories span from best in architecture and interior design to product design and photography, with this year’s best interior design project nominees including the 530 Broadway Lobby by SHVO, Valley by MVRDV, and Aman New York by Denniston. For the full list of nominees, click here.

Homepage image: The CDA program’s categories span from best in architecture and interior design to product design and photography | Courtesy of the CDA