Why this architecture giant decided to bring interior design in-house

Lock, stock and barrel, how much is an interior design firm worth? It’s a difficult question to answer because firms—especially residential ones—are not often bought and sold. In the contract and hospitality world it’s a little more common. Case in point: Last week, Southern California–based residential architecture behemoth KTGY acquired the boutique Chicago interior firm Simeone Deary. After speaking with the parties involved, I still don’t know how much a design firm costs (they all declined to name the closing price), but I have a better idea of why you’d want to buy one.

KTGY focuses on residential, but residential interior designers could be forgiven for never having heard of it. The company specializes in large-scale projects like gated communities, developments, apartment buildings and retirement communities. Thirty years old and 400-plus employees strong, KTGY says it has produced over 200,000 multifamily units. It’s a giant, but not the kind of company that’s going to collab with Martyn Lawrence Bullard on an Architectural Digest cover story. 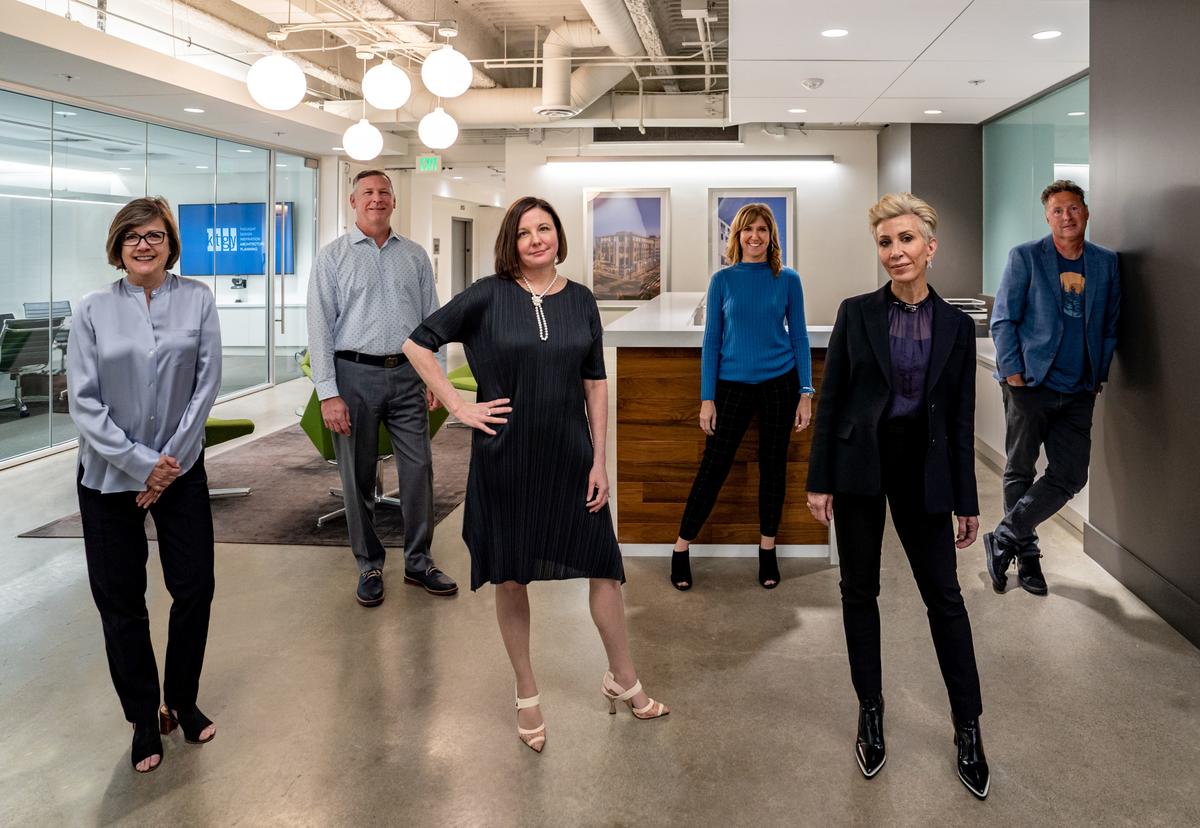 KTGY’s and Simeone Deary’s leadership teams. (Gina Deary is center front, and to the right of her are Tricia Esser and Lisa Simeone.)KTGY

Residential architects on that scale often have their own interior design departments. KTGY didn’t, and while the firm had gotten good results working with outside firms, CEO Tricia Esser says that bringing the process in-house had long been a goal. “Couldn’t it be better if we were under one roof and designing the project from the beginning from the inside out? [Before], we would finish the project on the architecture side and an interior designer was hired to take it from there. What we wanted was interior design at the table from the beginning. [The idea was]: This is a whole experience, a whole brand for the project, rather than it’s all these pieces and parts.”

The decision makes sense. The choice of design firm was a little more unorthodox. Describing the headhunting process as a bit like dating, Esser says KTGY looked around and kissed a few frogs before landing on Simeone Deary, a firm known not for its residential work but for hospitality projects like the Allegro in Chicago, the Electra and Rosina cocktail bars at the Palazzo Las Vegas, and the Yours Truly boutique hotel in Washington, D.C.

It’s a well-established narrative in the industry that hotels have come to feel more and more like homes. Less appreciated is the fact that large-scale residential developments have somewhat lagged behind. The lobby of the average hotel often now feels more homey than the lobby of the average apartment building, leading to the lightly ironic character of this merger: a residential architecture company acquiring a hospitality design firm to make its projects feel more residential.

Increasingly, says Simeone Deary co-founder Gina Deary, the two worlds are feeding each other. “Hospitality was a totally different animal when we started [20 years ago]. You went to a hotel just to stay there, not to be there and hang out,” she says. “Hospitality is changing into a residential product—there are the rituals of living in your home that we’re designing for in hotels. And now we’re starting to see that people come into hotels, they love what it looks like, and they want their residences to feel like that.” 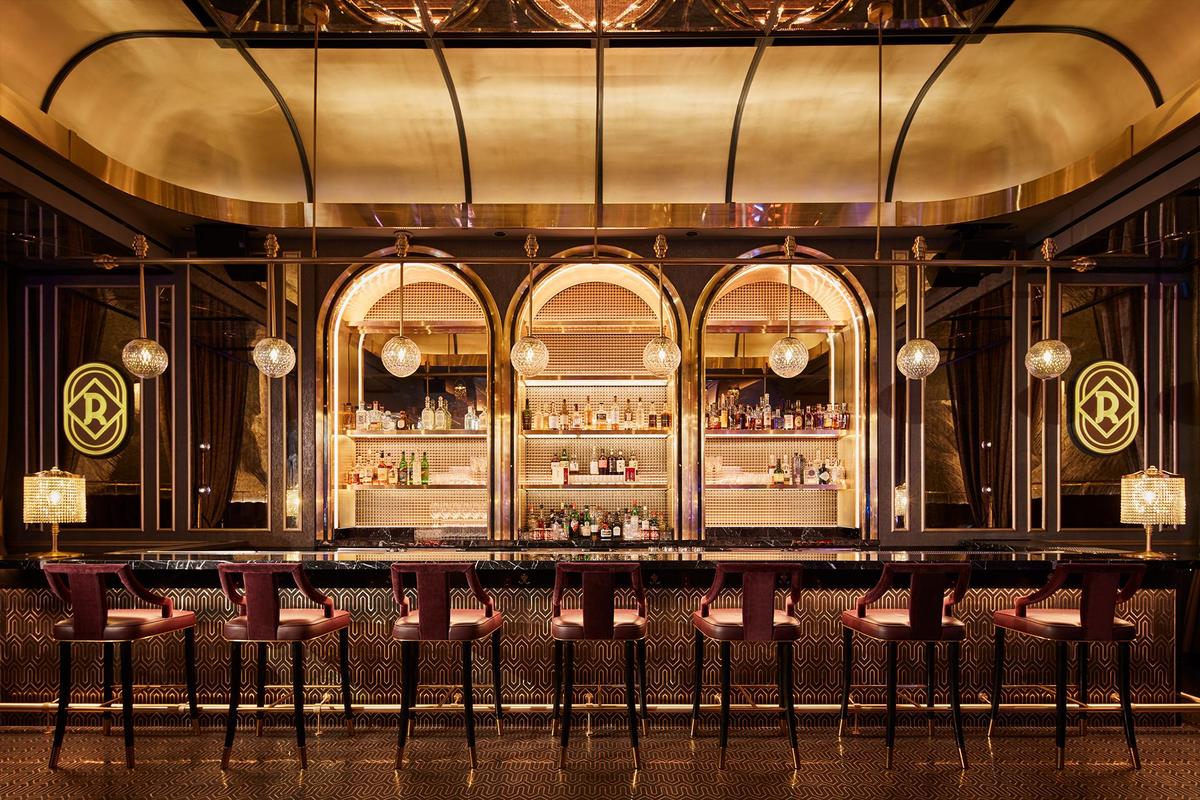 The bar at Rosina in the Palazzo Las VegasSimeone Deary

Another reason that a residential player would be interested in a firm like Simeone Deary: expertise in branding. Deary and her co-founder, Lisa Simeone, have long conceptualized branding for their hospitality projects and consider it an elemental piece of their design process. No shocker there, as hotels and restaurants live or die by their branding. But the practice has become increasingly key in the residential world, too. That’s especially true as branded residential developments have lost their novelty (how many chintzy apartment complexes have names like “The Alden”?). It’s no longer enough to just have a brand—you need an authentic, well-executed one.

“Whatever the design is, and the history is, and the community you’re in, that's the soul of the project, that’s the brand,” says Deary. “The branding of a project needs to match what you’re selling on the interior. Your client is experiencing the space before they ever get to the space now, whether they’re looking online or driving by a huge billboard, so you need that brand to reflect the project.”

Going forward, Simeone Deary will continue to work on outside hospitality projects, and KTGY will still rely on other designers here and there—the idea is that the new partners will help each other enter into new markets as opposed to limiting each other’s scope.

Though the casual observer might assume that the timing of the acquisition points to COVID, Esser says that the initial conversations began in November 2019. While both companies suffered in the spring of 2020, she says that ironically, the pandemic was a good way for the future partners to see how the other handled adversity. “Now we’ve seen the feet to the fire with both firms, and we handled it pretty similarly,” she says. “It gave us more confidence. It was kind of nice being able to talk to each other, like, ‘How are you surviving?’”

An unorthodox Pre-Cana to be sure, but Simeone Deary and KTGY both made it through, and the new partners signed on the dotted line last week. As for the price, again, they wouldn’t say—but Esser says the numbers matter less than the structure of the deal. “How you put a price on it is best left to the valuators who determine that, because it's a little bit like magic fairy dust in some ways. What we liked about the deal is that Lisa and Gina become shareholders in KTGY. Rather than it being, ‘We’re going to purchase this firm,’ our deal was that they would become owners. That’s what I’m most excited about.”