Designers on the tidiness trend and Marie Kondo’s new show

In 2014, Marie Kondo’s The Life-Changing Magic of Tidying Up was released in America, and a nation rushed to clean out its closets. The Japanese organizational guru’s KonMari method—in which participants throw away objects that don’t “spark joy”—was embraced, parodied and frequently abandoned midway through. In the process, Kondo became famous, the rare celebrity whose name is now a verb. With the New Year’s debut of her Netflix show, Tidying Up With Marie Kondo, she’s poised to become even more ubiquitous, so we checked in with designers to see how the war on clutter has affected their businesses. 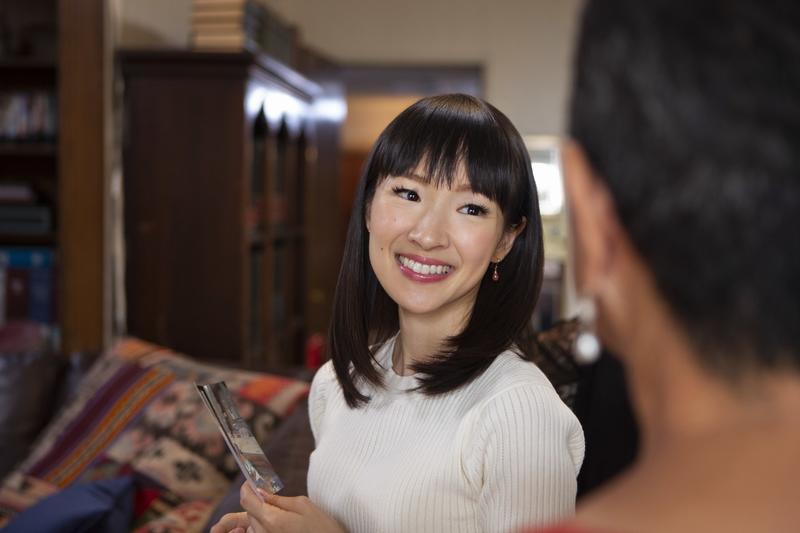 Marie Kondo on her new show, 'Tidying Up With Marie Kondo'Courtesy of Netflix

Some are avid fans. Seattle-based interior designer Brian Paquette and his fiancé have watched the show’s first season twice-through already. “We are obsessed!” Paquette tells Business of Home. “My thoughts on her teachings are actually less about organizing and clutter and more about how things in your home must ‘spark joy.’ From the sofa, to searching months and months for the perfect vintage rug, right on down to the towels and napkins [clients] use on a daily basis, it all should spark joy.”

Kondo’s approach and sensibility also resonates with San Francisco–based designer Jessie Black. “I recently purged my own home ahead of the new year using the KonMari method, so it’s all very top of mind,” she tells BOH. Like Paquette, Black believes joy is an integral part of the design process. Being surrounded by pieces we love and that make us feel that special spark (“or the little bent-knee leg kick that Kondo does so sweetly”) is essential to our overall sense of well-being in our homes, she says. “As a minimalist at heart with feng shui tendencies, I love how Kondo’s approach subconsciously draws on many of these practices.” She points out that there’s no better time than January to wipe the slate clean. 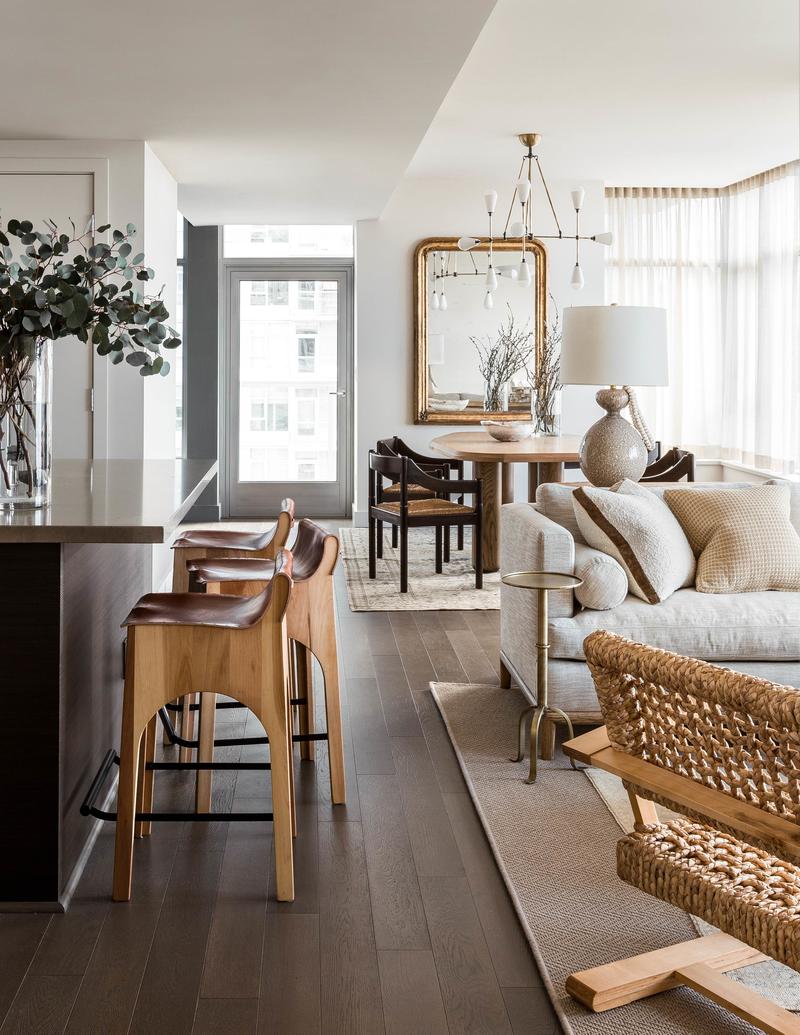 Many designers declutter for clients; others see organizing as a separate discipline entirely. New York–based designer Ariel Okin used the Neat Method, a luxury home organizing company, to streamline Goop’s offices in preparation for its renovation. And she brought in Caroline Marciano, a professional organizer, to help a client purge her clothing and choose a new organizational layout for a custom closet.

“The art and creativity that goes into organizing—think: woven straw baskets, labels, apothecary jars—is a form of merchandising, a way to make an otherwise ho-hum space like a laundry room sparkle and stand out,” Okin tells BOH. “Professional organizers are becoming an indispensable tool for designers, akin to architects and upholsterers.”

And, as evidenced by Goop, decluttering isn’t just for living spaces—the workplace is often in need of a good detox. “As far as commercial projects go, we encourage clients to become paperless in order to maximize their square footage, instead of wasting it on extra closets and misused space,” Sonya Haffey, West Palm Beach–based vice president of V Starr Interiors, tells BOH. “The standard matrix that was historically used within offices now applies to all spheres of design.”

Of course, Kondo didn’t invent tidying up. Many designers have developed their own strategies to help clients deal with clutter. New York–based designer Kesha Franklin occasionally reorganizes a kitchen cabinet or tweaks their shoe closet. She says it helps clients realize how the space can function better—especially when space is limited. Once the stuff is gone, however, it’s helpful to retrain clients on how their space is supposed to function.

“Retraining is as simple as replacement of things,” says Franklin. “It can be as easy as saying, ‘Hey, this bowl is for keys and coins, or this entry closet is no longer a place to store an overspill of toiletries or water, it’s for your day-to-day coats or shoes—things you need to grab on your way out the door.”

Franklin believes everyone wants to get organized, but that the size of your living space is a huge factor. She was raised in East New York and owned a home in Mill Basin (both neighborhoods in Brooklyn) before settling in New Jersey a year ago. “I think it’s a fight between wanting all the day-to-day luxuries of life—beautiful shoes, clothes, accessories, handbags—but not having adequate space to house all of that stuff or display it properly. One of the hardest realizations is understanding there’s a limit to what you can bring in.” 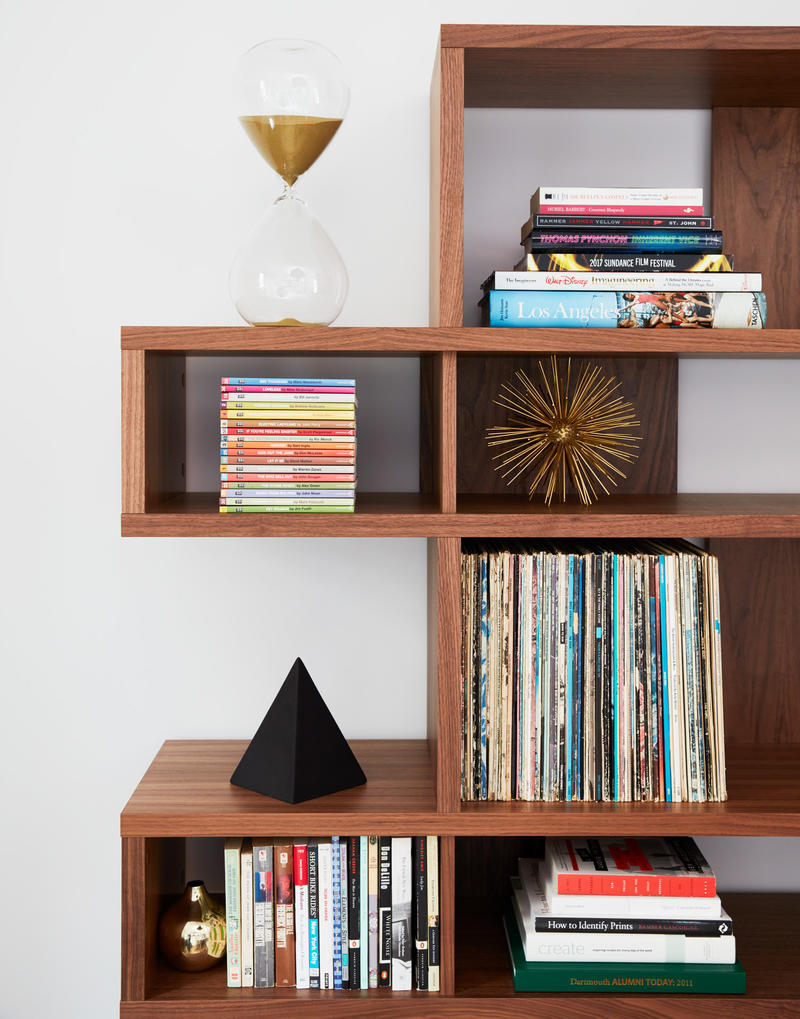 One of New York–based Kesha Franklin's projectsDavid A. Land

Memories, investments and the fear of being wasteful are all reasons clients can struggle with letting go of items. “You have to talk folks through it, because it can be emotional,” says Franklin. “I’m mindful of that. For example, you never know the story behind a shawl, which to you is tattered, but could have belonged to the client’s mom or an aunt that passed. There’s a lot of care and hand-holding that goes into the organization process.” Being intimidating or intrusive can shut down the whole process and make the client even more resistant to your vision, she warns.

As for Kondo, her days of being treated purely as an organizing expert are over. “Now, [fans] may regard her more like a life coach, one that preaches the importance of simplicity and mindfulness in everything we do—including folding laundry,” Fan Winston, editor of Remodelista’s The Organized Home, tells BOH. “These days,” she adds, “I think decluttering is closely associated with minimalism the lifestyle, not the design style—the idea of living well with less.”

But the idea of living well with less often isn’t as simple as it seems. As a trend, minimalism has been criticized as one that’s far easier to pursue for those of wealth and privilege—those who can afford to choose to live with less—resulting in a new kind of hyper-selective consumerism. Wrote Kyle Chayka in a 2016 New York Times Magazine feature: “Minimalism is now conflated with self-optimization. … Often driven by technology, this optimization is expensive and exclusively branded by and for the elite. … If we attain only the right things, the perfect things, and forsake all else, then we will be free from the tyranny of our desires. But time often proves aesthetic permanence, as well as moral high ground, to be illusory.”

In a 2016 cultural critique of the KonMari method in The Atlantic, Arielle Bernstein wrote, “Of course, in order to feel comfortable throwing out all your old socks and handbags, you have to feel pretty confident that you can easily get new ones. Embracing a minimalist lifestyle is an act of trust.”

Franklin sees this idea reflected in her own projects. “If you have financial access, you grow up knowing there’s a place for everything,” she says. “When that’s not your story growing up, there isn’t really a need for organization. Put it where it goes, wherever it can fit.”

Still, she finds it exceptionally rewarding to work with clients who need her assistance to accomplish a streamlined space, because it’s a significant change in lifestyle. After what Franklin called “the big reveal” of a recent project, “I remember the husband saying, ‘Oh my gosh, I feel like I can breathe,’ and I knew that was because everything had a place.” Before the couple hired her, they had suitcases in their apartment hallway, the only place they could find to store them.

“For me, how a home feels, functions, smells, looks—it’s all about the atmosphere,” says Franklin. “I have come to realize after 12 years that picking beautiful furnishings is the easy part. Creating an atmosphere where the client walks in and feels like you created a shift in their lives is priceless.”