The supply chain crisis is a jobs crisis

The supply chain is broken, and there’s no easy fix. What’s contributing to the delays, and when will they get better? We’ve tapped furniture industry veteran and longtime editor Ray Allegrezza for a multipart series that unpacks the challenges at hand. In the second installment, he’s taking a closer look at how labor shortages at all stages of furniture manufacturing are impacting the industry.

Where have all the workers gone? The “help wanted” signs plastered on just about every small business confirm that I’m not the only one asking the question.

The pandemic’s role as an equal-opportunity disrupter has businesses of all sizes scrambling, and the home furnishings sector is no exception. But as employers across the country struggle to find, hire and retain workers, small businesses—which represent upwards of 48 percent of all jobs nationally—have probably taken it on the chin harder than anyone else.

“Small” businesses can be a lot bigger than you think: According to the Small Business Administration, they can employ up to 500 people in most manufacturing sectors, and up to 1,500 in other industries or categories. With 28 million small businesses composing more than 99 percent of all U.S. firms, it’s clear that these companies play a huge role in the economy—and many of them are desperately searching for new employees. That’s particularly true in the home business.

To understand the impacts of these labor shortages, you’ve got to look at the three supply chain links that are key to industry businesses: port workers, truckers and domestic furniture manufacturing employees.

Everyone in the home sector knows that the two most currently despised words are “supply chain.” As I write this, more than 75 containerships are waiting at the ports of Long Beach and Los Angeles to unload thousands of containers, many of which contain furniture and decorative accessories that retailers and designers have been waiting for. A better visual: If those containers were unloaded and placed side by side, some logistics experts say those cans would stretch from California to Chicago.

To borrow a line from those home shopping channels, “But wait—there’s more!” In this case, that’s more bad news. Thanks to worker shortages, there aren’t enough people to unload the containers or enough truck drivers to transport the goods. Observers were hoping the backlog might ease after Biden’s call for two key California ports to work 24 hours a day coupled with West Coast port officials’ promise to fine shipping companies for delays, but so far, neither has done much to remedy the problem.

Further complicating things, a factor that existed well before the pandemic now has the potential to turn worker shortages at the dock into even more of a horror show. In 2015, after a year of contentious negotiations, the International Longshore and Warehouse Union (ILWU) approved a series of contract extensions that will expire in July of 2022. While that sounds like good news, analysts worry that the unprecedented backlog of containers has strengthened the dockworkers’ bargaining chip when these contracts come up for renewal next year, which may make the next round of negotiations even more heated. The contracts apply to about 15,000 ILWU members, including longshore workers who service 29 West Coast ports. If there’s a work standstill, the potential impact could be huge.

The trucking business, equally crucial to the distribution of goods, also finds itself between a rock and a hard place. A notoriously fragmented sector, trucking is an $800 billion industry that has so far resisted consolidation in any significant way—but one thing its many thousands of players have in common is a need for new drivers. According to the American Trucking Associations (ATA), the industry is short 80,000 drivers. That number becomes even more staggering when you consider that more than 70 percent of our economy’s goods are transported by trucks. But here, too, the pandemic exacerbated a problem that existed long before: According to numbers from the ATA, the segment had already been grappling with a deficit of almost 62,000 drivers. That’s driven by various factors, including the fact that the average age of a commercial trucker is 55, per the Bureau of Labor Statistics. As these seasoned drivers retire or leave the profession due to concerns about catching COVID, the pool of good drivers continues to shrink.

The logical response would be to recruit young drivers. But federal mandates in some 49 states require interstate drivers be at least 21. (Trucking companies argue that being able to recruit younger candidates would decrease turnover.)

Furniture makers, meanwhile, have seen changing consumer buying patterns and the pandemic as double-edged swords. This sector, too, has long had a hard time attracting skilled labor domestically. Those challenges were intensified by the pandemic as online shopping for home furnishings—which was growing at a steady clip before COVID-19—took off even faster when retail stores temporarily shut down and consumers, sheltering in place, bought more of everything online, including furniture.

Domestic producers in particular seemed to be in the catbird seat, especially as logistics glitches and supply-chain woes escalated, leaving imported furniture on a slow boat from China. Even so, American manufacturers haven’t been exempt from the issue of a worker shortage and, in fact, had struggled long before the pandemic to find skilled craftspeople to make the furniture and upholstery that was suddenly in high demand.

Particularly in North Carolina, several sources at domestic factories confirmed that employment and recruitment strategies have ballooned to include bonus signings, increased hourly pay, finder’s fees for new recruits, and more, as manufacturers compete with one another for skilled workers amid a growing flurry of retiring tradespeople (and a growing demand for custom-ordered upholstered goods). In the meantime, manufacturers have made inroads in the form of the Catawba Valley Furniture Academy in Hickory, North Carolina. Part of Catawba Valley Community College, the program was developed by 25 partner companies and is designed to prepare students for manufacturing positions currently in high demand by many of the region’s largest employers.

While we may never know where all the workers have gone, the fact that we know where at least some of our industry’s workers will come from in the years ahead is music to this guy’s ears.

Ray Allegrezza is the executive director of the International Home Furnishings Representatives Association, which was founded in 1934 to focus on the needs of the industry’s sales reps. An industry veteran with more than three decades of editorial, publishing and marketing experience in the home furnishings sector, Allegrezza was the editor in chief of Furniture Today from 1995 to 2014. 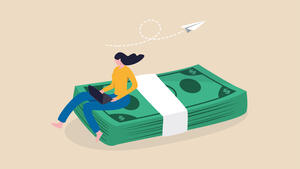 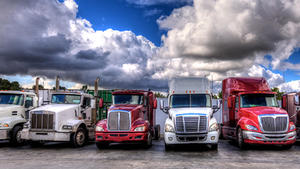 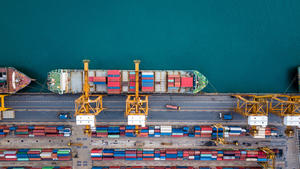 Looking for an end to supply chain woes? Don’t hold your breath 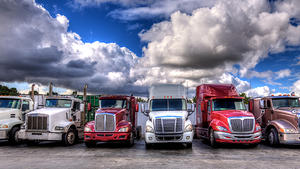 How the trucking industry stalled, and how it can be fixed 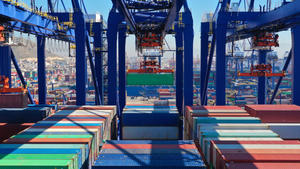 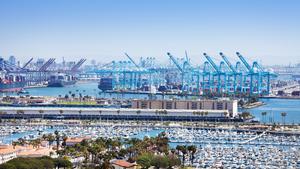 The eye of the storm: Here’s where we are with the global supply chain